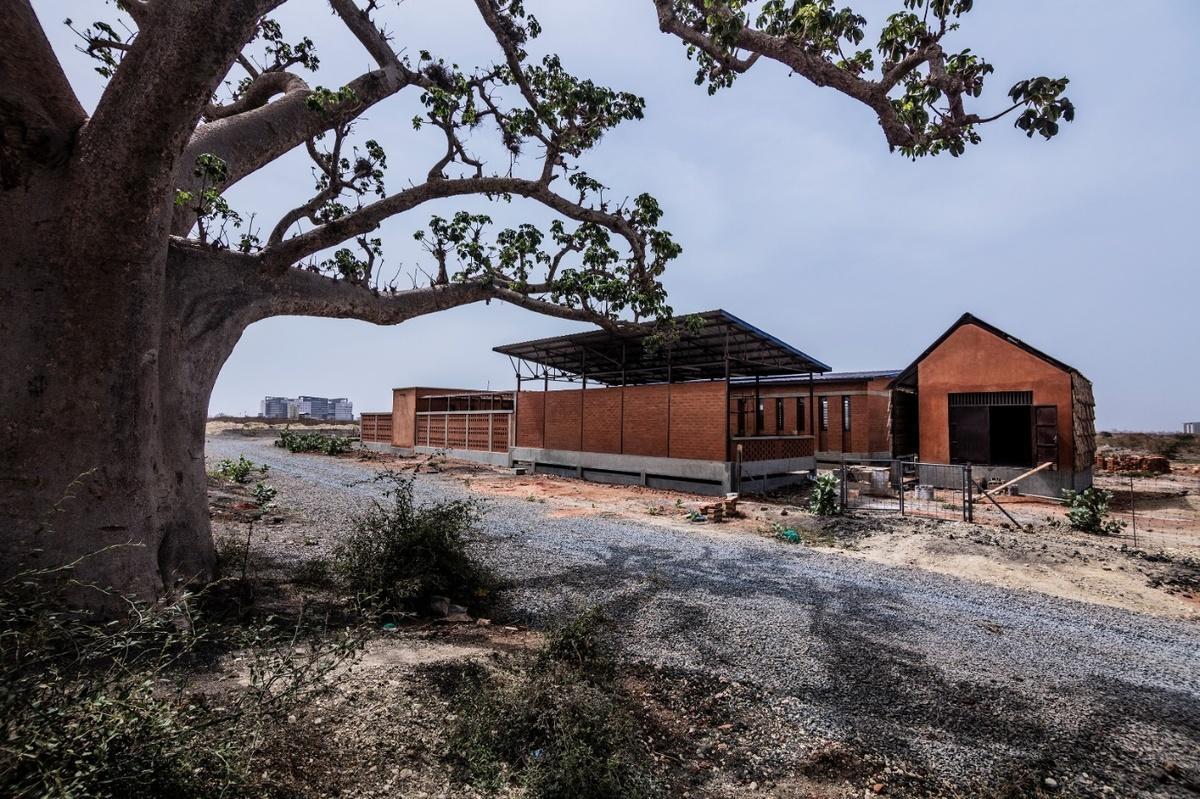 Business centre, hotels, universities, hospitals, residential areas, etc., Diamniadio is the new city imagined by the Senegalese government to relieve Dakar and its 3 million inhabitants. Considered as the city of tomorrow, it will certainly be a driving force for the economic development of the entire country. Focus on this project and in particular that of the ecopavilion, an exemplary infrastructure within this new city.

Diamniadio, the city of the future

Faced with difficulties of mobility and access to housing, Dakar, which concentrates more than a quarter of the population on 0.6% of the national territory and more than 66% of the country's economic activity, had become difficult to develop. At the height of the rush hour, the entrance to Dakar is saturated by an ever-growing population. With more than three million inhabitants and a few hundred thousand additional workers coming from the outer suburbs, the capital has become a hell for motorists. Decongestion has become a necessity. Thus, in order to position the Senegalese metropolis as a major player in the competition that cities lead at the global level, the urban pole Diamniadio was born.

Thirty kilometres from Dakar, the government launched in 2014 the construction of this new city, a pharaonic project that is expected to eventually house 350,000 inhabitants spread over more than 16 km². This plan aims to transform the structure of the Senegalese economy to achieve strong, sustainable and inclusive growth, ultimately lifting Senegal out of the ranks of the poorest countries. Diamniadio should bring together industrial zones, administrative districts, the second university of Dakar, research centres, mixed housing areas and a 26-hectare digital park. The integration of digital technology in the city is seen here mainly as a powerful driver for the economic development of the territory. All the constructions that emerge from the ground in Diamniadio have one thing in common: they are privately financed. The Senegalese state has indeed relied on real estate developers. They got the land free of charge, and then it was up to them to finance their projects.

By relocating a large number of administrations in this way, the state hopes to relieve congestion in downtown Dakar. These ministerial blocks, with a total surface area of more than 110,000 m2 , are spread over three districts. In particular, they will make up most of the fourth, which specializes in finance and services. In order to avoid Diamniadio being nothing more than a juxtaposition of services installed in districts cut off from each other, the designers have planned to distribute more than 40,000 housing units of different stands to cement the city's districts according to a concept of social and functional mix. "In order not to fall into the trap of the dormitory city, we have structured the city around the function of work, whose activity creates wealth and jobs, which we have combined with the housing function to bring this mix," explains Seydou Sy Sall, Diamniadio's general delegate for the promotion of urban poles (DGPU). The social aspect of the sustainable development approach has therefore been taken into account.

In addition, the constructions will respect environmental criteria. Without forgetting a good transport service. Diamniadio is indeed located at the crossroads of major roads, either to go inland or to get to the future international airport (located 15 km away). The toll motorway makes it possible to reach Dakar in 20 minutes. And, last novelty, the train planned for the end of 2019, should make travel a little easier.

The first phase of works, covering the years 2014-2020, will be well delivered on time, since the completion rate for the new city now exceeds 80. Within the city, the Senegalese Ministry of the Environment has assumed the project management of an eco-pavilion, which will serve as a demonstration support for the various Earth-Typha materials. 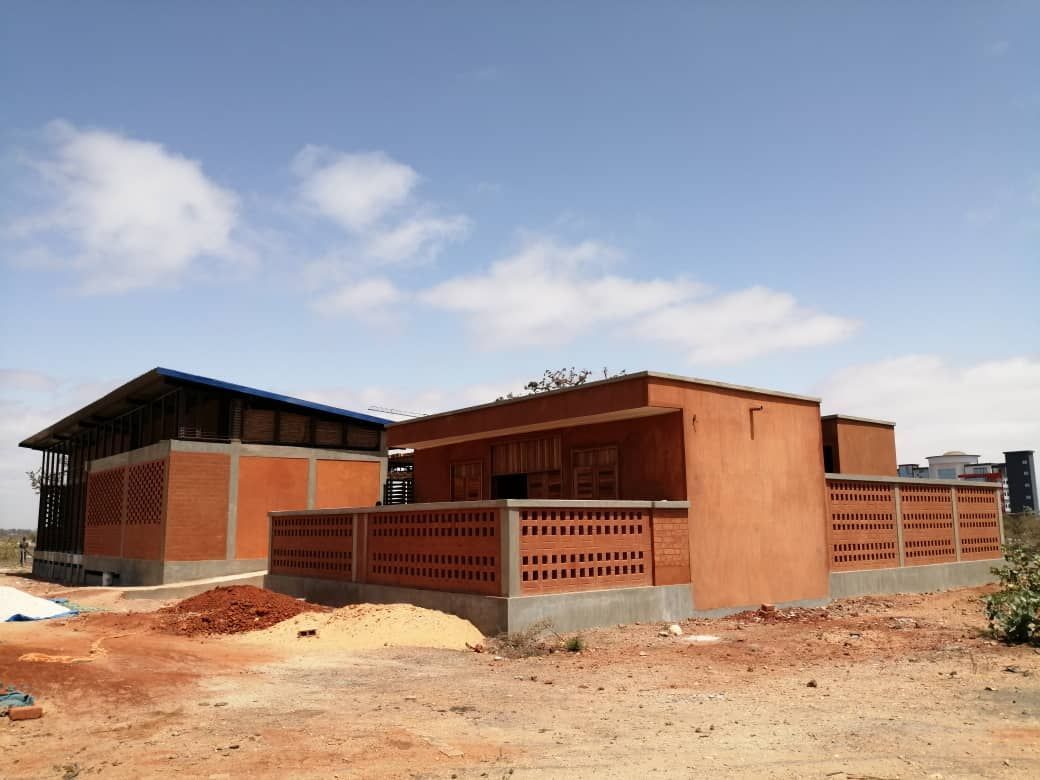 The Diamniadio ecopavilion was designed as part of the technology transfer project for the production of Typha-based building materials in Senegal funded by the Global Environment Facility (GEF) and the United Nations Development Programme (UNDP). The MEDD's Directorate of Environment and Establishments is in charge of the project management.

This project was implemented at the same time and under the same coordination as the Programme for the Reduction of Greenhouse Gas Emissions through Energy Efficiency in the Building Sector in Senegal. The latter is financed by the same donors.

The construction of this eco-pavilion is an extension of four years of R&D. It is a demonstration area for the application of research results on materials and associated building systems. At the same time, this ecopavilion is a training ground for those involved in the building industry (architects, control offices, engineers, contracting authorities, students, researchers, building and public works companies, banks and ordinary customers, technical and financial partners, property development companies, etc.) and a mirror of innovation in sustainable construction.

It is built in the urban pole of Diamniadio in the city of knowledge. This urban pole is in itself a symbol for the new form of development of sustainable cities. This location is also motivated by the desire to offer this construction as an example to the various developers of the urban pole, but also to serve as an observatory for the development of innovation in bio-based construction and energy efficiency in buildings. It is located close to the future Dakar School of Architecture located near the Amadou Moctar MBOW University. 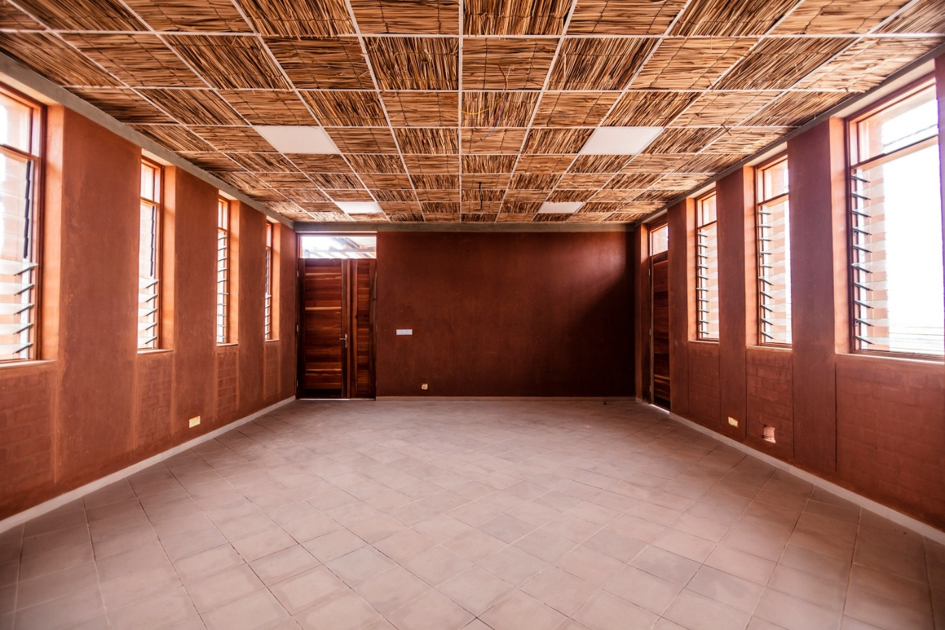 Description of the ecopavilion project

The PNEEB-TYPHA ecopavilion consists of four poles. Each one represents a constructive system and a way of using bio-based materials in construction.

1. The reception / mediation pole: reception building that constitutes the main entry point to the site. In addition to the reception area, it has a small storage room and a technical room. Surface area: 42.6 m².

2. The seminar pole: made up of a seminar room. Surface area: 73.4 m². This building is similar to a classroom built from the earth brick compressed at the filling. The walls exposed to solar radiation are insulated with light typha earth bricks. Through ventilation increases comfort. The under-ceiling is made from Typha panels bound with an aluminium trough roof.

3. The administrative pole: made up of a construction that includes an office, a meeting room, a space for the caretaker, a kitchen, a shower room and a toilet. It is organized with a back yard and a front yard, both fenced. Surface area: 95.7 m².

This building is built on an area of 150 square meters which is the usual surface of housing lots in Senegal. The whole building is built in breezeblock with an orientation that allows a through ventilation of the rooms. The exposed walls and the terrace are insulated with typha clay panels.

The storage space is built from moulded typha clay bricks with a cladding of bound typha panels. This space is made to simulate a warehouse that can be used as a post-harvest storage place for the products.

The connection between the different poles is ensured by external walkways covered by pergolas and organised around tree-lined patios. Surface area of these paths: 160 m².

The entire site is powered by solar installations sized according to future needs. Only air vents are provided to allow heat evacuation during periods of high heat waves.

All rainwater is collected and will be used to water the planted trees.

The construction of this eco pavilion has shown that the potential for the creation of new trades is significant. Already, during this phase, the project has stimulated training in the trades of typha thatchers, producers of typha-based materials and technicians specialized in energy management in the building industry.

Once completed, the ecopavilion will be instrumented to allow monitoring of the behaviour of materials and to measure the performance of buildings.

It is the best way to capitalize on the achievements of the PNEEB/TYPHA programme and the best way to disseminate the results of this innovation to a large number of national partners as well as those in the subregion.

It will serve as a training centre for craftsmen and all other actors in the building sector, and for the development of innovation on eco-construction and biosourced materials. It will also participate in the pooling of research facilities on biosourced materials and energy efficiency.

To do so, it will remain accessible to all players and ready to respond to the sector's current needs.

To achieve these objectives, it is important to provide it with the financial means to launch its first activities while awaiting the development of a real business plan.

The experiments carried out so far in terms of prototypes developed and small-scale production trials are proving conclusive. Today it is a question of going further, in a logic of massification (scaling-up), which implies the necessary mobilization of significant resources. This is why climate project leaders are called upon to mobilize resources (human and financial) whose vocation is precisely the massification of successful initiatives such as those capitalized by this center.

The financial resources needed to carry out such a project cannot come from the budget of Senegal alone, which has been classified as a middle-income country by the World Bank since 2010 and whose financial capacities are limited. The internal distribution of the national budget, which is the main indicator of the implementation of public policies, also shows that the bulk of Senegal's resources continue to go to the education and other sectors, despite the fact that certain sectors such as the environment and agriculture, among others, are suffering the full impact of climate change.

Moreover, funding opportunities available outside the State budget and dedicated to actions to combat the effects of climate change are becoming scarce: the Global Environment Facility (GEF), for example, has already allocated resources to develop pilot actions that now need to be scaled up.

The experience gained in the implementation of this project has demonstrated several things:

Read our previous article : #21 The headquarters of the Guadeloupe National Park (REX) 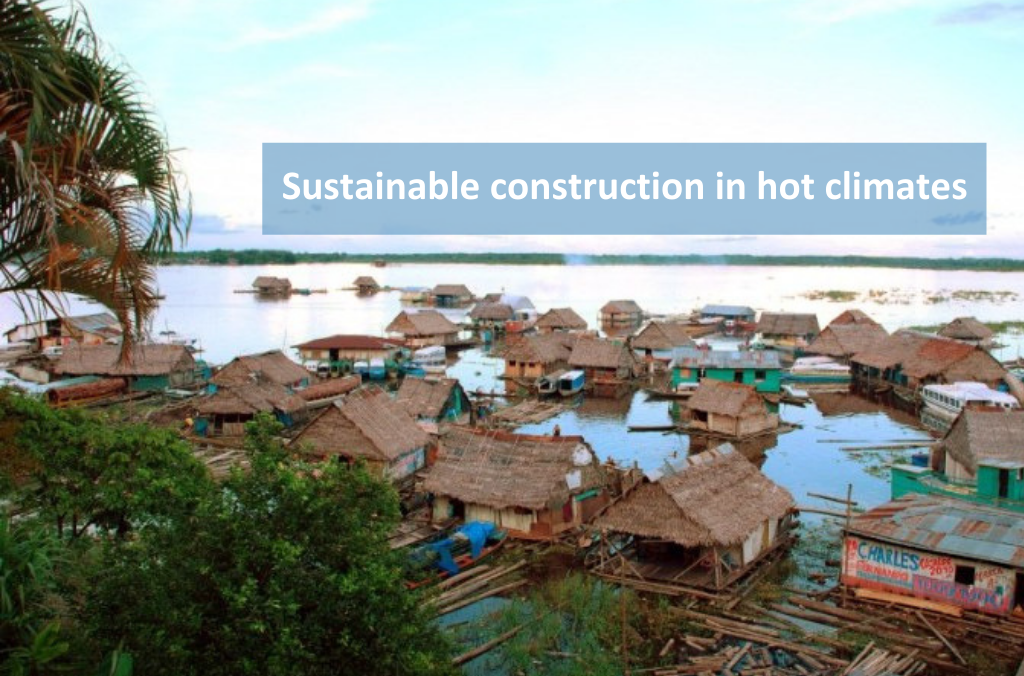 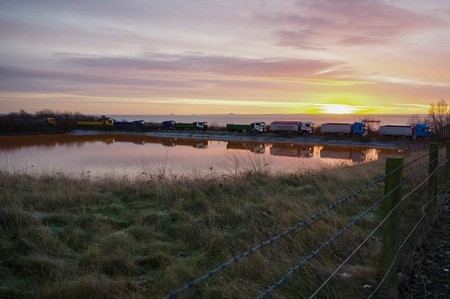 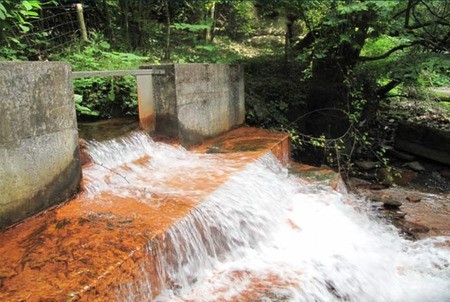 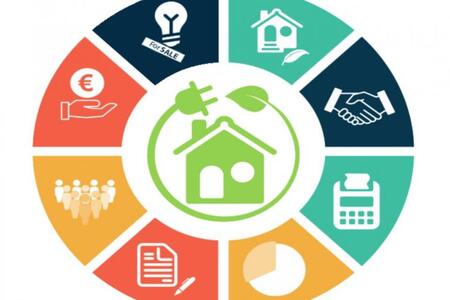 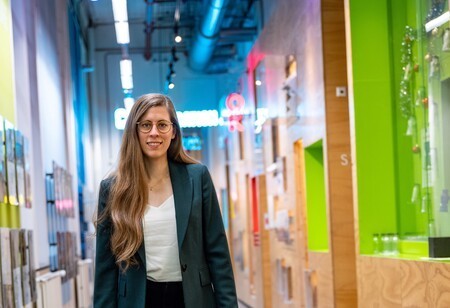 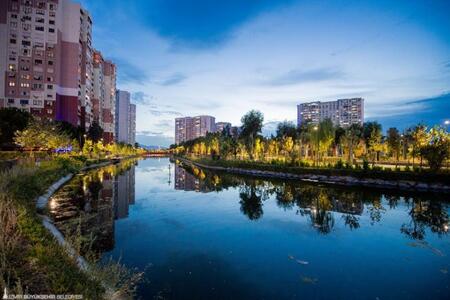