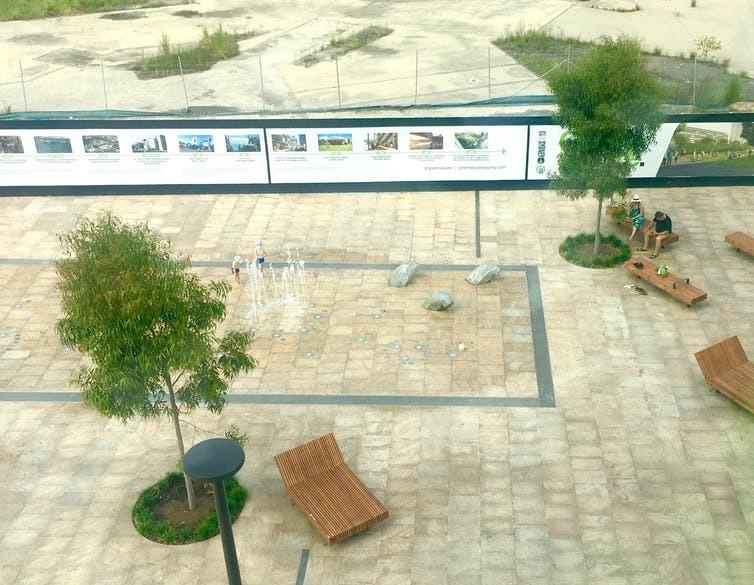 A recent report by the Greater Sydney Commission singles out urban heat as one of four priority areas given our coming climate. It identifies tree canopy as the top response for reducing city temperatures and delivering amenity. However, the public conversation about urban heat often misses the complex relationship between trees, people and the built environment, which challenges this response.

In soon-to-be-published research supported by the Landcom University Roundtable we found that responding to a more extreme climate requires new social practices and new relationships with the commons. Commons are the spaces, resources and knowledge shared by a community, who are, ideally, involved in the regeneration and care of those commons. Trees are an important social commons, but they also present multiple challenges.

Closing our doors to the great outdoors

For one, trees are an outdoor amenity, but we are spending more and more time indoors. For those who can afford it, air conditioning delivers cooling in the privacy of your own home or car – no need for trees.

However, staying in cool bedrooms and car rides mean less time outdoors and with others, which isn’t ideal for human health and well-being.

Read also : Increasing tree cover may be like a 'superfood' for community mental health

As the Greater Sydney Commission report makes clear, tree canopy in Greater Sydney is roughly proportional to household wealth. The “leafy suburbs” are the wealthier ones. This means tree planting is an important investment in less wealthy parts of the city, which experience more extreme heat days. 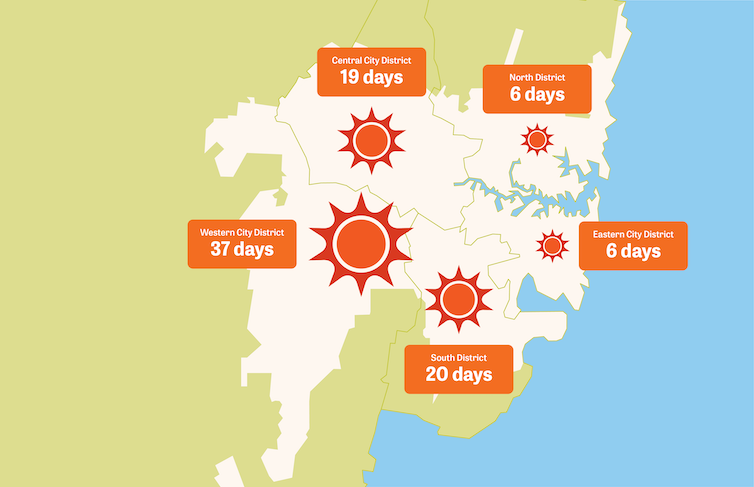 Read also : In a heatwave, the leafy suburbs are even more advantaged

However, research also shows people have mixed feelings about trees. In comparison to the neat shrubbery and easily maintained sunny plazas we’ve become used to in our cities, trees can be “messy” and “unpredictable”. Leaf litter can be slippery and natives like eucalypts, with their pendulous leaves, provide limited shade. People worry about large trees falling over or dropping branches.

Trees are often at the centre of disputes between neighbours. They can also be perceived as a security problem – if trees reduce visibility they might provide cover for wrongdoers.

In addition, insurance companies can charge a premium if a property is deemed at risk of damage by large trees. As we experience more extreme weather, laws on vegetation clearing are becoming more risk-averse.

Read also : If planners understand it's cool to green cities, what's stopping them?

What trees where and when?

Urban development tends to give priority to roads and delivering the maximum number of dwellings on sites. This leaves little space for trees, which need to fit into crowded footpaths with ever-changing infrastructures. For example, will larger trees interfere with 5G?

When juggling priorities in the streetscape, trees often lose out.

It’s an obvious point, but trees take time to grow. It can take many years for a planted sapling to become a shade tree. In that time there will be no shelter from the heat.

Also in that growing period, which can sometimes be unpredictable, trees need to be nurtured, especially in times of drought. And, once the tree is mature, fingers crossed that extreme weather events do not undo all those years of waiting.

So, while increasing tree canopy sounds like an obvious solution, trees are in fact a complex social challenge. In our research, we point to ways some of these tree-related tensions can be managed.

Shade in the meantime 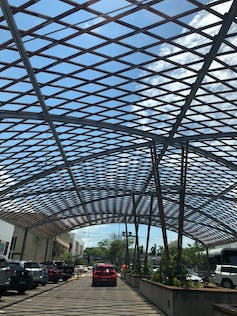 A structure to support fast-growing vines has been built on one of Darwin’s hottest streets, but even these will take some time to grow. Darwin We Love It/Facebook

However, if shady canopy is decades off, we need to think about other, creative ways to provide shade in the meantime to ensure, for example, that people of diverse abilities can walk their city in reasonable comfort. This might include temporary shade structures such as awnings, bus shelters and fast-growing vine-trellised walkways (if there is space to create troughs for soil and the structure doesn’t cause access problems).

And, as the Cancer Council consistently reminds us, we all need to adopt more climate-defensive clothing.

Read also : Requiem or renewal? This is how a tropical city like Darwin can regain its cool

An important alternative is to follow our regional neighbours and start to populate parks and other public spaces at night. This suggests a need for removable shade, so we can take part in activities like stargazing.

Mature trees can die back or die altogether, so other trees should be maturing to take their place. Usually, experts design and maintain landscapes for others to enjoy.

However, users of the cooling services of parks could be invited into the process of planning and realising landscape designs. This would give them a say on the trees of which they have “shared custody”. Planting for succession can create an intergenerational sense of ownership over a shared place.

Current planning practices tend to ignore wind and solar patterns. The result is urban forms that make heat worse by prioritising comfortable private interior spaces over the commons of public space. Designing cool cities means using trees, water and buildings to create cool corridors that work with cooling breezes – or even summon these in still, heat-trapping basins like Western Sydney.

Read also : How people can best make the transition to cool future cities

These few examples point to new ways of living with trees as social commons, but they also point to new forms of commoning – collaborative forms of care and governance that invite people to adopt new social practices better suited to living well in the coming climate.

It is a positive step that state development agencies like Landcom aim to demonstrate global standards of liveability, resilience, inclusion, affordability and environmental quality. In so doing, they initiate transitions to these more commons-based ways of living.

In addition to the authors of this article, the Cooling the Commons research team includes: Professor Katherine Gibson, Dr Louise Crabtree, Dr Stephen Healy and Dr Emma Power from the Institute for Culture and Society (ICS) at Western Sydney University (WSU), and Emeritus Professor Helen Armstrong from Queensland University of Technology (QUT).