The Green Building & City Solutions Awards are the first contest combining the jury’s deliberations and online votes from professionals to elect the most innovative solutions. Until September 20th, your opinion matters. The public will vote to designate their favourite case studies and contribute to the dissemination of the best solutions. The case studies with the highest amount of votes on each Construction21 platform will be designated “User’s Choice Laureates” and will participate to the international finals in October. Votes are accessible on Construction21/Awards/Participants Building.

103 buildings and 23 eco-districts in competition:

This year, the contest takes another step in terms of international mobilisation with the participation of twenty different countries. Professionals from China, Sri Lanka, India, USA, Colombia or Sweden have proposed their realizations, next to the French, Spanish, Italians, Belgians or Moroccans.

The national winners will be announced during a big conference, September 26th, at BNP Paribas Real Estate headquarter, Issy, in attendance of Emmanuelle Cosse, French Minister of Housing and Sustainable Habitat. After another online vote and deliberations of the jury, the international winners will be announced during the World Conference on Climate (COP22) in Marrakesh, on November 14th. 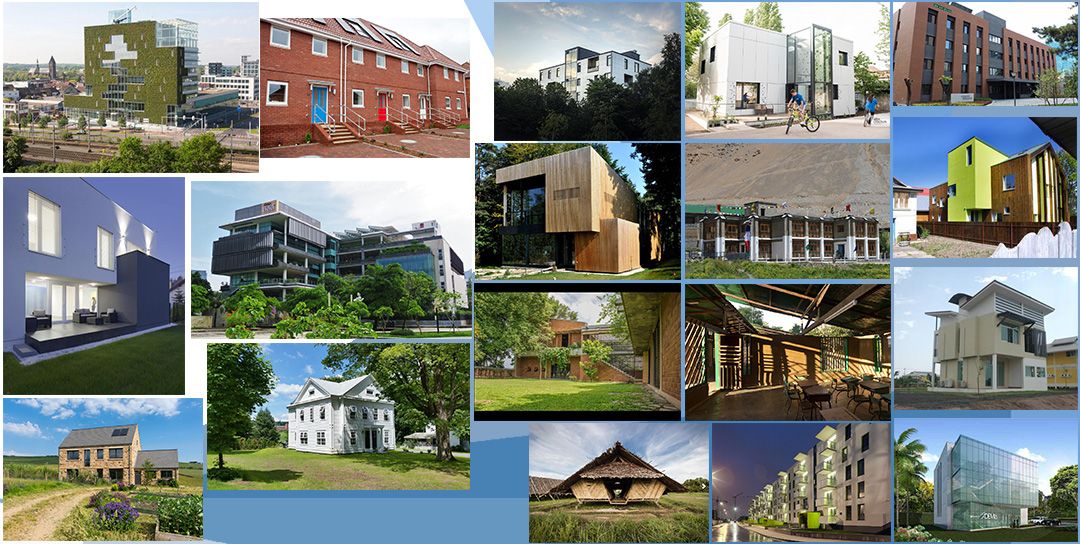 Building: Several solutions stand out this year, either by their originality, their popularity or innovative nature. Wood construction is part of the most popular solutions. Green facades and green roofs attract more and more professionals, who anticipate urban biodiversity issues. In the Energy & Hot Climates category, many realizations favour natural ventilation rather than air conditioning, expensive in energy, and materials from local industries, thus returning to more traditional solutions. On the technological side, we can highlight the presence of a "smart grid ready" building, already operational in energy redistribution.

City: On the city side, geothermal energy is broadly adopted for electricity and heat production. One of the candidates anticipates a trend to watch: the seawater heat loop. This solution is already under consideration in several upcoming eco-districts projects. Social and participatory sustainable city side is also represented with shared gardens for open living spaces that promote intergenerational and intercultural meetings. Finally, for waste management, pneumatic collection is by far the most popular. 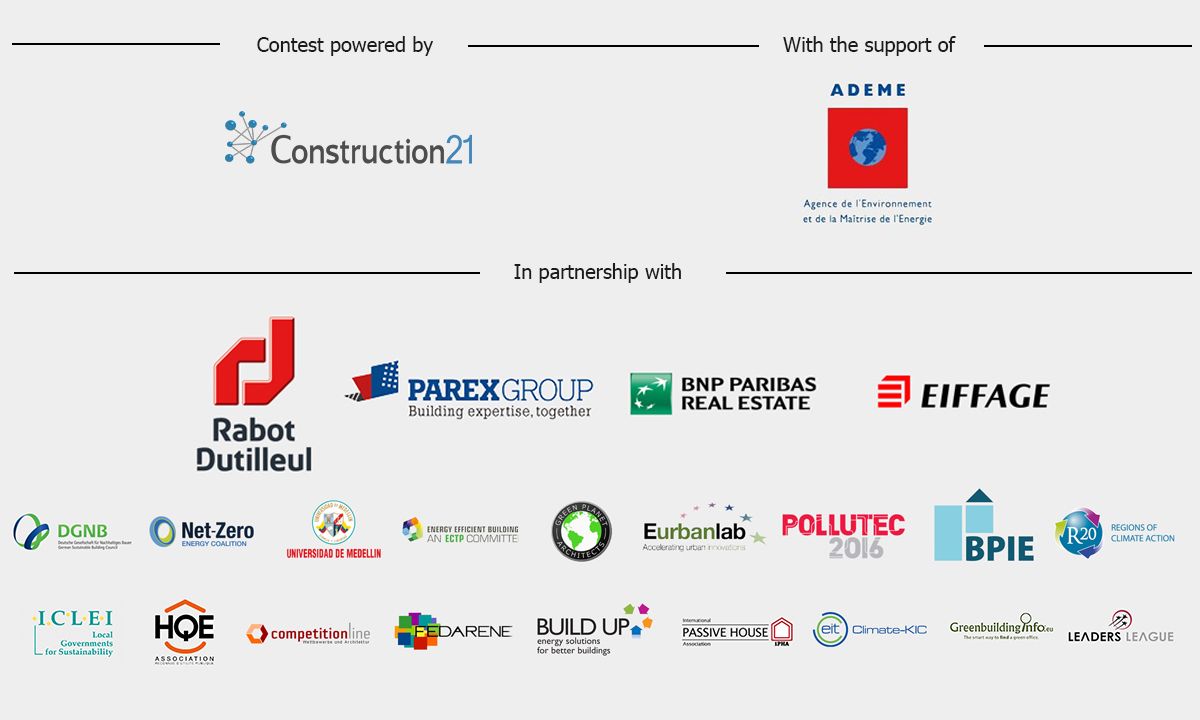