E-scooters, bikes and urban mobility: lessons from the streets of Paris 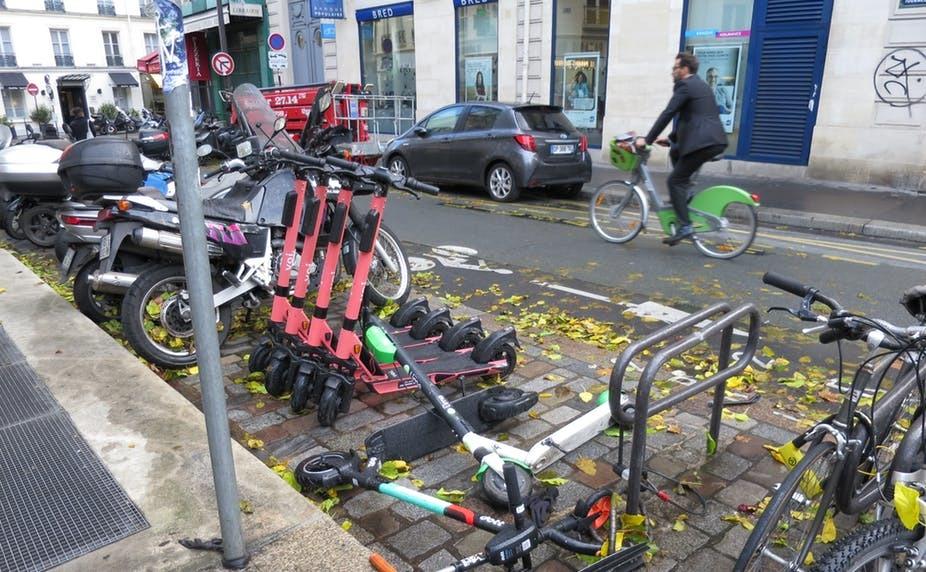 Mobility is a crucial challenge for global cities in the 21st century. The growing impact and immense risks of climate change are becoming clearer every day, and cities are on the front line. Globally, transportation generates 14% of all greenhouse gases, much of it for personal transportation.

To reduce their carbon footprint and increase mobility options, many cities have been investing in bike-share systems. One of the largest is Paris’s Velib’, with more than 14,000 bicycles. Launched in 2007, the system is built around docks – it’s there that customers pick up and drop off bikes, and they also serve as recharging stations for electric models.

Since 2017, a host of start-ups has emerged offering fleets of dockless bikes and electric scooters in cities around the world. The concept was simple: users downloaded an app and paid, grabbed a bike or scooter, and off they went, leaving it wherever they wanted after. Floating on an ocean of venture capital, the firms took advantage of a legal void and distributed thousands of bicycles and scooters in cities large and small around the world.

Destination, the City of Light

For mobility start-ups, Paris offered an irresistible target. The region’s population is more than 12 million and it attracted approximately 40 million tourists in 2017, each one a potential customer. For better or worse, the city’s leadership initially took a hands-off approach to free-floating bikes and scooters and the result was predictable: chaos. 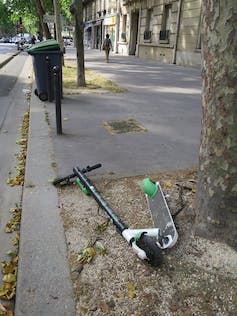 At the height the boom in the summer of 2019, more than a dozen firms were filling Paris streets with vehicles of all sorts. Not only was the free-for-all bad for residents and visitors, it was cruel to the start-ups themselves. E-scooters in particular proved to cost far more than they bring in over their extremely short lives and the companies burned through their cash.

The result was high turnover, with firms exiting the market almost as quickly as they entered. At least six Paris e-scooter operators have “suspended operations” (read, given up), and that follows the departure of free-floating bikes from Gobee, Obike and Ofo. The most recent victim is Coup, an affiliate of Bosch, which announced November 25 that it would suspend operations in Paris and Berlin because its electric-scooter service was “economically non-viable”.

Despite the numerous failures and the city’s demand that companies show greater responsibility, the venture-capital-driven optimism continues. Newer entrants such as Jump, Wind and Donkey Republic are all hoping to beat the dockless jinx, and more will certainly come. This makes Paris an interesting case study, where regulatory loopholes and brute capitalism meet, with the city’s streets as the battlefield.

A key puzzle is why the companies that were the first to arrive in Paris exited almost as quickly. Shouldn’t they have had “first-mover advantage”, allowing them to keep others at bay? Unfortunately, there were powerful economic realities at play in the micromobility space that made their reigns brief, and that will likely do away with many of the newer entrants as well.

Not so green after all

Beyond these cruel economic realities, the business model currently used by operators of dockless e-scooters and bikes imposes a range of negative externalities, which are costs imposed on those not directly involved in a transaction between two parties – an e-scooter left sprawling after being used is a simple example. Cities find themselves stuck with having to impose order, discard broken vehicles, and sort out accidents, minor and sometimes fatal.

And while e-scooters are often promoted as a “green” mode of transportation, research indicates that, as a whole, dockless systems have high environmental costs. In some scenarios, their per-kilometre lifetime carbon emissions that are comparable to those of midsize gas-powered cars.

Scooter companies and users don’t pay these external costs, but they damage the firms’ public image and that’s no small matter in a battle for a market that has a wealth of competitors and non-existent margins. 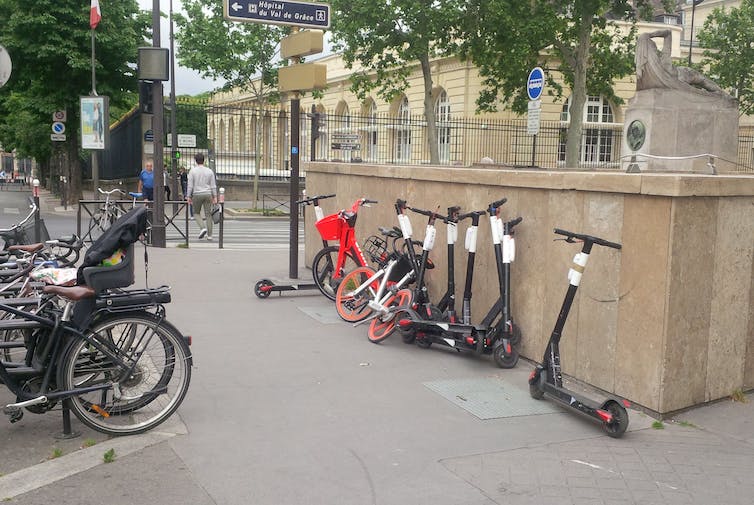 Some hope on battlefield

All this makes the situation ominous for any current operator of dockless e-mobility services, and enormously complicate the task of any start-up wishing to launch a competing service. A few of the possibilities:

It’s hard to predict how the e-mobility industry will evolve, but the low entry barriers, non-existent switching costs, abundant substitutes, distributed agency problems, and negative externalities will not disappear anytime soon. That makes it supremely difficult for any one operator to remain in place, much less dominate a market.

Worse, because there are no barriers to entry, new firms can show up overnight, a fresh threat to those that had managed to survive up to that point. While some companies are trying to counter some of these adverse conditions, the headwinds are stiff and the story so far is anything but reassuring.

So which start-up will win the urban mobility battle? Quite possibly, none of the above. 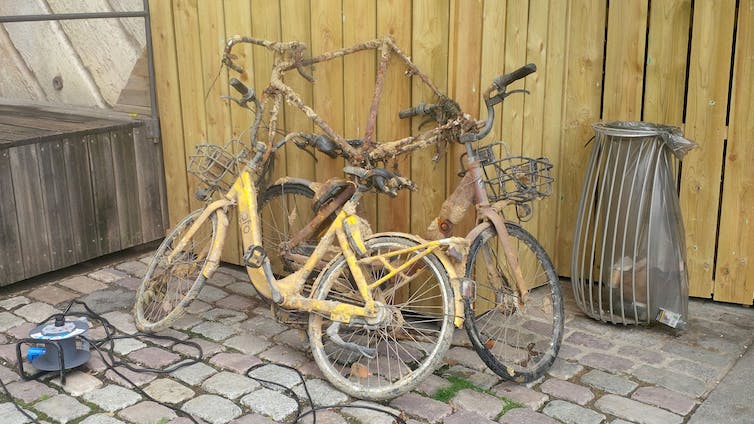 An Ofo and an Obike come out after an extended dip in the Seine, June 20, 2019. Both firms gave up trying to crack the Paris market long ago. Leighton Kille/The Conversation France, CC BY

The origin of this text and its main arguments gained from insightful conversations with Professor Dan Prud'Homme (EMLV Business School). Leighton Kille of The Conversation France contributed examples, resources and photographs, and edited the text for clarity.

#26 EDGE Certification: How to Certify Green in Emerging Markets

Developed in 2014 by IFC, a member of the World Bank Group, the EDGE green building certification program has already resulted in nearly 7.5 million square meters of certified floor space. Alzbeta Klein, the Director and Global Head (...)

#25 RESET, the standard for sustainable architecture in the tropics

Designed by and for tropical countries, the RESET standard is almost unique. Created in Costa Rica by the Instituto de Arquitectura Tropical, it has the particularity of advocating technological frugality. Bruno Stagno, one of its (...)