#2 Hot or tropical climate: a clear but difficult definition 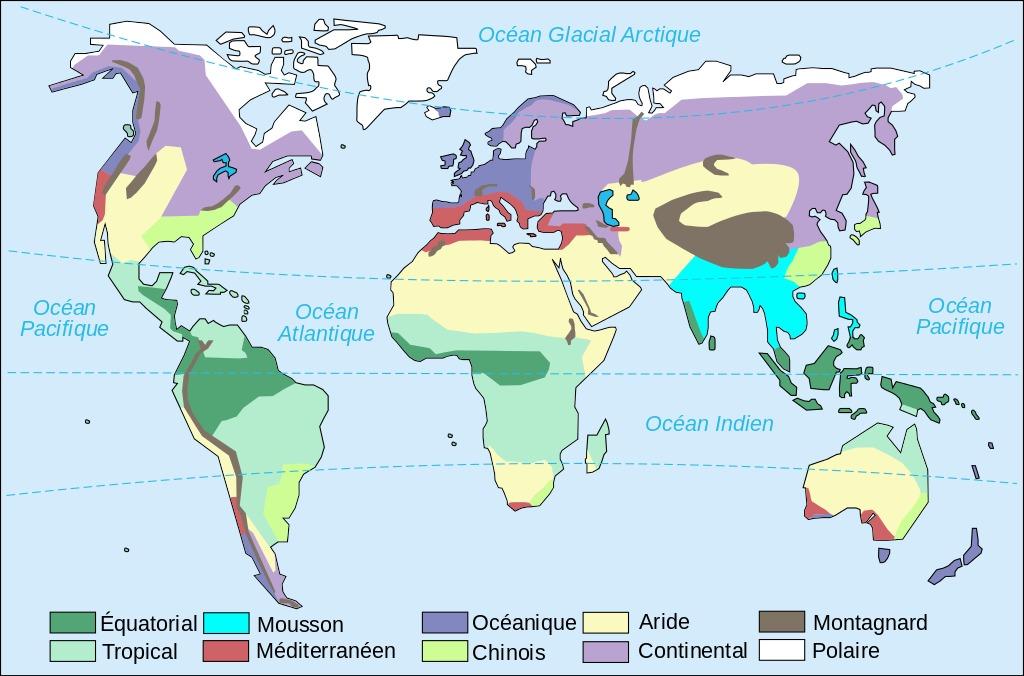 What could be more natural than to define what is meant by a warm climate before fully initiating this dossier.  Brahmanand Mohanty researcher and teacher at the Asian Institute of Technology, Thailand and ADEME advisor for Asia, gives his insight on how to define such a broad concept.

How is a climate defined?

A climate is defined by different meteorological data (temperature, humidity, wind, pressure, etc.). Temperatures and precipitation are therefore decisive in this respect and make it possible to define large climatic zones. The definition of "hot climate" therefore does not exist for me, simply because the term is incomplete since it only provides information on the temperature of the region. Considering only the adjective hot, the definition is impossible: a Scandinavian will consider that the climate of southern Europe is hot, just as a resident of these regions will speak of hot for the areas further south and so on. The climate classification system defined by Köppen does not include a warm climate. Through misuse of language, the last one nowadays often refers to the tropical climate.

What is the definition of tropical climate?

This is the type of climate present between the tropics (Cancer and Capricorn), ranging up to 14 degrees north and south latitude, and where the average monthly temperature does not fall below 18°C throughout the year. By definition, the tropical climate is still characterized by its humidity, which reinforces the feeling of warmth. This is why an air conditioning system is needed in most tropical countries. Precipitation is variable, moving from a dry season to a wet season.

Other characteristics of the tropical climate include near-permanent winds (called trade winds), especially on the coasts, or vegetation made up of medium-dense forests, grasslands and savannahs.

The approach to building design is more complicated compared to desert countries, mainly because of the high humidity.

In your opinion, can desert areas be defined as hot?

Besides tropical climates between the tropics, there are regions with disjointed climatic constraints, such as the southern Sahara and the Arabian Peninsula, or a significant part of Australia. This is the case in desert regions, where the climate is arid. This explains the validity of the notion of climate cross-functionality.

There are two variants of the arid climate: a warm desert climate (BWh) and a cold desert climate (BWk), as is the case in the Gobi desert, for example. The hot desert climate is characterized by drought and permanent aridity that lasts all year round, a significant lack of liquid water on the ground and in the surrounding air (more precisely, aridity), which severely restricts the development of animal and plant life. The weather is very dry and hot. However, there are glaring differences in temperature between day and night, as well as differences between seasons. The extreme temperatures of the day can rise to 60°C, as well as the temperature range of up to 30°C between day and night contribute to the formation of the desert. In winter, the temperature can drop to -10°C at night.  The average temperatures in arid regions in January are 28°C and 11°C in July.

Let us take the example of Egypt - Cairo more precisely - located above the tropics. On average, the annual temperature is 21.3°C, which could indicate that we are in a tropical climate, but this is not the case. Although the average temperature is 27°C in summer, it drops to an average of 15°C in winter: this is not a typical weather behavior in a tropical area. A more obvious example is Saudi Arabia, which has a climate that can easily reach 50 degrees in summer, but in winter, it can drop to 5 degrees!

Overall, desert climates, whether hot or cold (temperatures can drop to -10°C at night), are associated with very low precipitation due to insufficient humidity.

These large temperature differences between day/night and summer/winter, combined with the lack of rainfall, do not allow us to adopt the same building design strategies as in tropical countries. Although desert countries can have hot seasons, I could not consider them as hot countries.

In addition, it must be taken into account that the countries' climates are defined for a standard zero altitude. For some tropical mountain regions, we are no longer in a tropical climate as is the case in eastern Peru, characterized by cold winters and cool, humid summers.

Biographical Note: Mr. Brahmanand Mohanty is a doctoral student, researcher and teacher in the Department of Energy, Environment and Climate at the School of Environment, Resources and Development of the Asian Institute of Technology, Thailand. A recognized expert in South Asia, he has been a regional advisor to the French Environment and Energy Management Agency (ADEME) since 1996.