The British Geological Survey and Coal Authority have released maps that for the first time reveal the extent to which heat is stored in Britain’s abandoned coal mines.

According to the Coal Authority, one quarter of the UK’s population live above abandoned coal mines. The mines are warmed by natural geothermal processes and where the mines are flooded, these are now being developed as a source of low carbon energy to heat homes and businesses.

To understand its potential more effectively, the British Geological Survey (BGS) and the Coal Authority have released an interactive map showing where the mines are and the extent by which temperatures increase with depth.

The new mapping tool will be freely available to use by developers, planners and researchers to identify opportunities to investigate the use of mine water as a sustainable heat source. 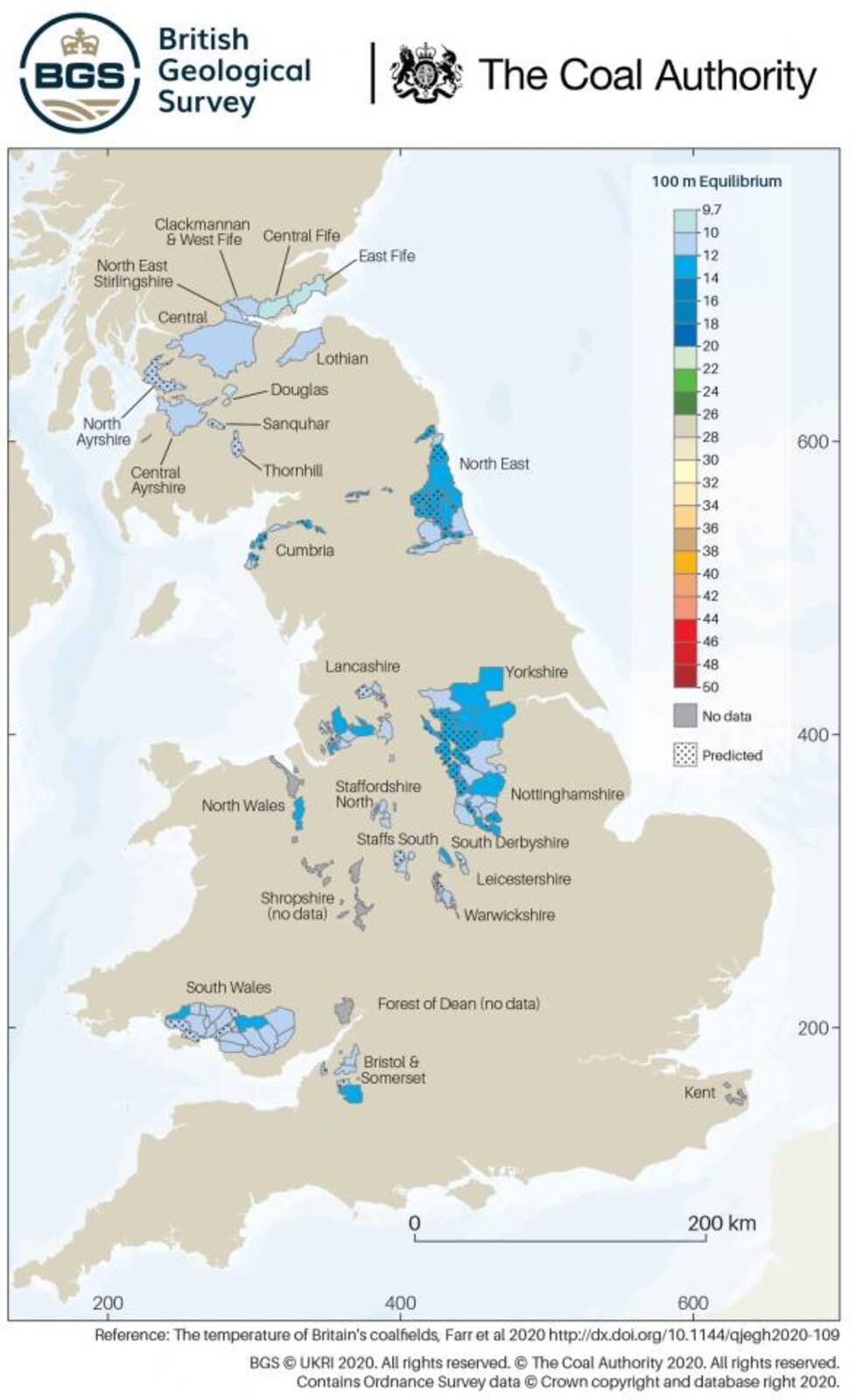 It is the first time the data has been brought together in this way, and illustrates the long-term feasibility of heating homes and buildings using this zero-carbon energy source.

" This has been a very exciting piece of work. It’s the first time we have been able to visualise the temperature of Britain’s coalfields. We have found records of heat temperatures going back more than 100 years and compared them to temperatures in the mines now, and found them to be quite similar. This is a clear indication that geothermal processes that create this heat will be here for a long time to come. "

"Combined with other layers of data, the maps provide an important groundwork for developers, local authorities and scientists to explore new mine water heating schemes, and we are hopeful they will be of value to inform policy decision making."

The UK government has a target to increase the number of homes on heat networks from 2% to 18% by 2050. It is recognised that geothermal energy from mines, combined with heat pump technology, could provide a sustainable energy source for these networks that is both local and low cost. 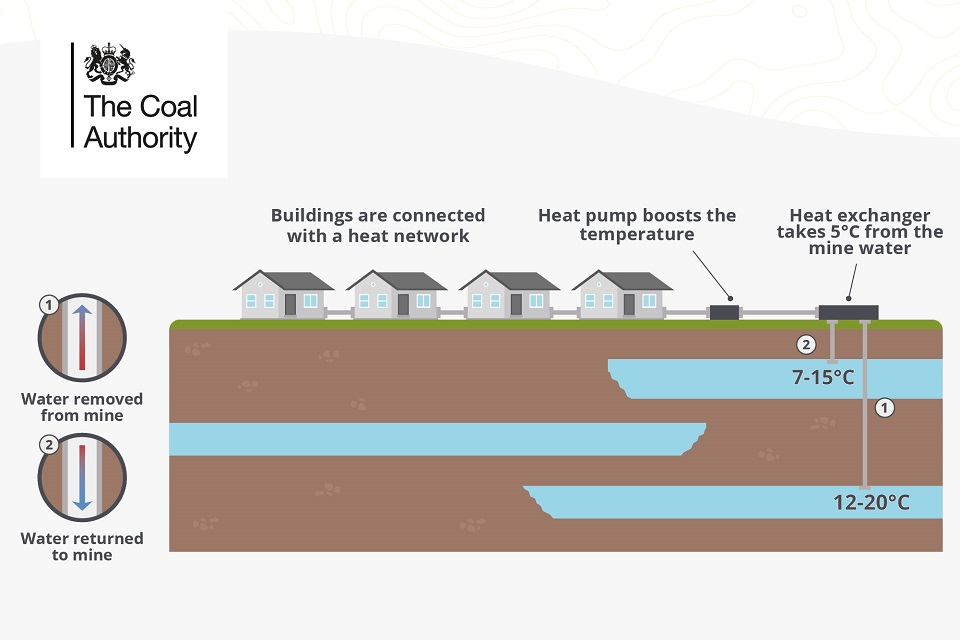 Technical specialists at the Coal Authority say there is potential to kick-start a new renewable industry, creating employment, tackling climate change and attracting investment to the coalfield communities previously disadvantaged by mine closures.

When aligned with the government’s ten point plan for a green industrial revolution, the warm water in abandoned coal mines is now being seen as a viable new form of sustainable energy with the potential to play a vital role in making homes and public buildings greener, warmer and more energy efficient.

"When miners were working in hot, dusty conditions, they would not have known that their efforts and the heat they worked in would one day create a sustainable source of energy for hundreds of years to come."

"We are currently reviewing more than 30 potential heat network opportunities using geothermal mine energy. Seaham Garden Village and Gateshead are the first two such schemes to secure funding from the government’s £320 million Heat Network Investment Programme, with others to follow."

The interactive maps highlight areas where warm water has been abstracted by pumping, creating opportunities to harvest heat without drilling into the workings.

"Heating accounts for 44% of energy use in the UK and 32% of its air pollution. It’s ironic that mining coal, a fossil fuel, would provide access to a low carbon, clean air, energy source that will last far longer than the 200 years of intensive mining that created this opportunity. The maps we’ve jointly produced is a visual indication of how real and exciting this opportunity is."

The research behind the maps is published in an open access paper by the Quarterly Journal of Engineering Geology and Hydrogeology.

This article was first found on the UK's government website.
(Consult the source)