The project consists of 2 passive buildings of 4 levels connected in the basement by 2 levels of cellars and parking, for a total of 32 apartments.

The project owner, who kept all the buildingsin his portfolio, was not going to be profitable in the short term during the planning phase. Convinced of the rise of renewable energies very early on, studies to combine a set of innovative sustainable techniques for the time by combining them to create an energy mix thanks to the following technical installations:

- Biofluids' ERS system for the production of domestic hot water by recovering calories from grey water;

- Hybrid solar panels for the simultaneous production of heat and electric ity; Canadian air and hydraulic wells to preheat the air entering buildings;

- Rainwater collection tanks of 20m3 per building to supply toilets and outdoor watering.

In addition to innovative technical installations, an important sustainable approach has been taken in the choiceofmaterials, such as wood for joinery and natural stone for facades.

The PAP of rue de l'Avenir had planned the implementation of five 17X17m squares, on 5 levels. In order to preserve the minimalist aspect of this urban planning, the architectural idea taken consists in respecting and taking advantage of this monolithic cubic form, without however giving up the possible projections and balconies to whichtheoldPAG gave right. The main materials are stone on the outside and inside to ensure visual continuity at the thresholds of large windows and sliding doors. The light-coloured stone on the inside increases the brightnessthankstoits reflective effectand visually enlarges small spaces. All kitchens and closets have been designed and built to measure, integrating all technical equipment and inspection hatches. To complete the idea of anintimate loggia, thesun blindsarelocated inthealignment of the exterior façade.

Satisfied with the location, less than 1.5 km from the centre, the exceptional view of the accommodation overlooking the valley and the canopy of the Bambesch forest, the tranquility of the district. Proximity to public transport, schools. The brightness of the apartments, the quality of the finishes and the feeling of comfort.

The installations have been designed to be simple to use and intuitive without going to the extremes that lead users to be confused by a multitude of unnecessary features.

The contracting authority's approach has been to opt for as many natural materials as possible,in which no chemical components are used, as far as possible from the available materials.

With buildings on the outskirts of thecity, the Rollingergrund valley separates the buildings from the Bambesch forest, which is one of the greenlungs on theoutskirts of thecity, allowing largewindows to be opened duringthe summer monthsand natural air to be drawn in. In addition to the comfort of the air quality of the high-eficiencymechanical ventilation units, whose filters aremaintained and replacedbythe contracting authority, inaccordance with the maintenance intervals prescribed by the builder.

For the comfortofthe occupants, active floors and slabs have been favoured, allowing the inertia of the structure to contribute to comfort, the installation of efficient VMCs and the exceptional location of the buildings, air quality contributes to the comfort and health of theoccupants. The large openings in the facades are equipped with motorized blackout slat blinds, improving comfortby reducing solar gains in summer and overheating of the homes and, in winter, optimizing the gains and allowing the benefits of natural light to be enjoyed. 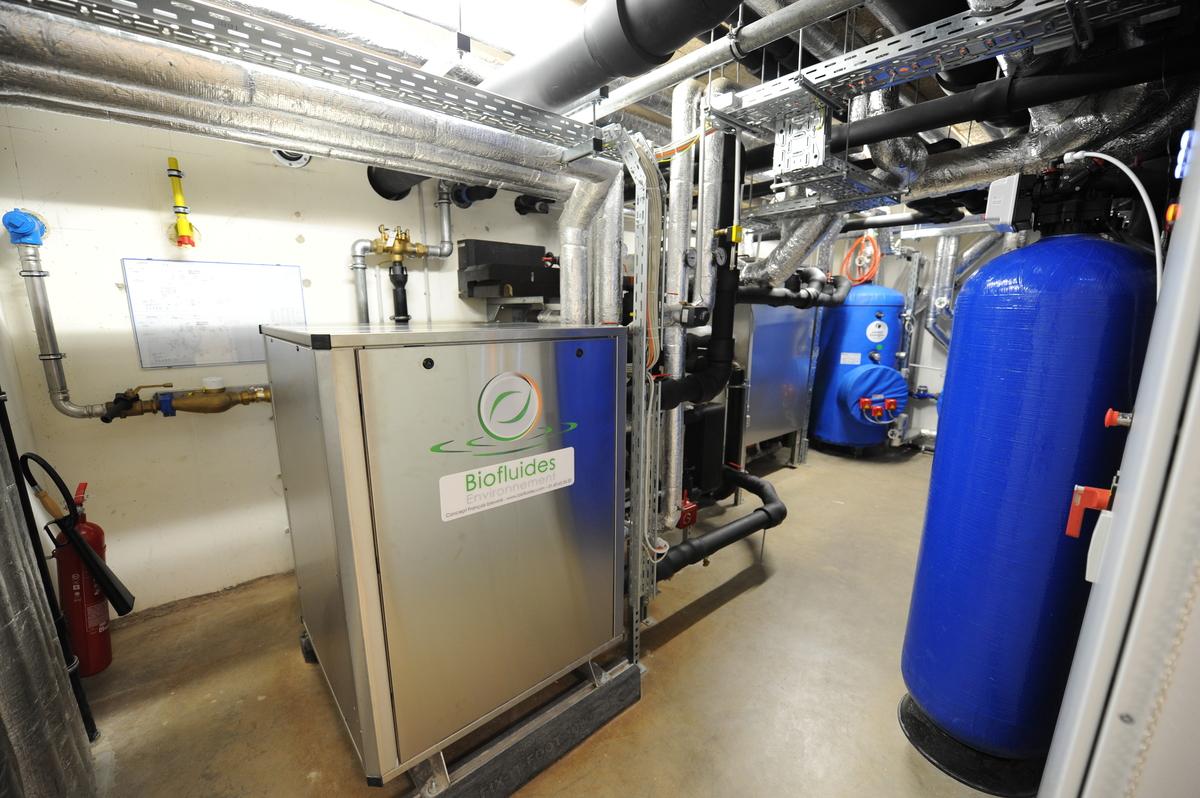 The project owner was open to all solutions that went in a sustainable way and in a combination of energy mix. Having no reference to Luxembourg and after discovering the product at the Interclima showin 2013,we went to visit facilities with the project owner who immediately found an interest in these facilities and made it the first project of 4 units of 16 apartments in Luxembourg. 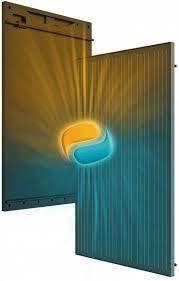 DualSun technology allows dual energy production in the form of both electricity and heat, via a single solar panel, without increasing in size compared to a standard photovoltaic panel. This is a major technological innovation that makes it possible to meet all the energy needs of buildings while minimizing the amount of roof space occupied by the solar system.
The Spring hybrid solar panel has a polypropylene water heat exchanger on its rear side, the design of which is protected by 3 families of international patents.
In operation, a standard photovoltaic panel produces 80% heat and only 20% electricity.
This heat, in addition to being lost, is detrimental to the performance of the panel, which drops as it warms up.

Thanks to its innovative heat exchanger, Spring is constantly cooled, which allows it to produce more electricity than a standard photovoltaic panel.
As the water circulates in the exchanger, it will recover the heat emitted by the photovoltaic cells and heat up. It can reach a temperature of up to 70°C.

The water thus heated can then be used to meet the building's various heating needs.

The new generation Spring panels allow you to produce your domestic hot water and make a swimming pool autonomous in terms of energy, for example, or also heat a building with a combined system.

The ground is a natural heat accumulator, which draws its energy from solar radiation and climate. Helical probes use this heat to heat buildings. The ground probe consists of spiral PE Pipelife pipes of OD 25size, which are filled with a mixture of water and antifreeze (brine). The heat generated by the ground is elevated to the upper level by means of a heat pump, thus allowing the operation of a low temperature heating system (underfloor heating, for example).

The use of geothermal energy is a sustainable and environmentally friendly heating alternative, as the soil regenerates every year in summer.
Compared to surface collectors, the ground probe requires little space and can therefore be adapted to small spaces. Unlike deep drilling, the helical probe is installed in a 3 to 10m shallow borehole and does not require permits or complex procedures, especially in areas where drilling is restricted.

These probes are compact and do not require drilling that can be closely spaced to install a sufficient number to meet the needs of the buildings. They can not only produce heating via the heat pump, but also produce passive cooling in geocooling.

As geothermal drilling permits are subject to restrictions, it was impossible to have a conventional drilling permit for well s from 80to 120m deep. The use of baskets was too complex to implementgiventheavailable surface area, so it was only possible to drill below the surface that the building would cover.

Hence the use of helical probes similar to the geothermal pile principle, limiting drilling operations with conventional pile drilling equipment.

This has made it possible to create a drilling field without having to handle cubic metres of soil and compensate for soil stability by installing the probes, as with geothermal baskets.

The location of the buildings is in a new district. Thirty years ago, the land was still an agricultural field that, as urban development progresses, has led to development with a view to creating a new district. Less than 400m away are two high schools and 200m away is a crèche, which allows residents to send their children to school with a focus on soft mobility. The passage of a bus line in the street and a stop in front of the buildings to reach the city centre within 10 minutes. The recent construction of the tram line links the European institutions and financial centres district. Neighbourhood playgrounds are nearby, as well as urban garden areas that can be made available through rental by the municipal administration of the city of Luxembourg. Finally, a self-pedestrian circuit runs along the back of the building and connects the nearby forest to less than 15 minutes' walk.

Each building has 20 underground parking spaces, all of which have the facilities.
allowing, if necessary, to install slow or fast charging stations according to the occupants' choices, for hybrid or electric vehicles. 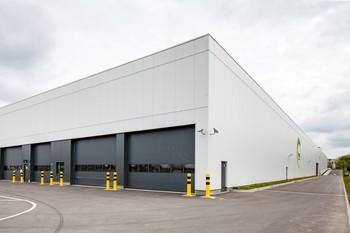 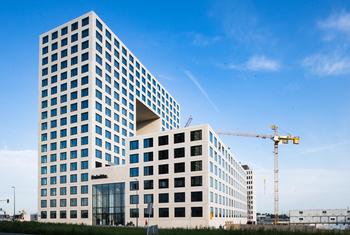 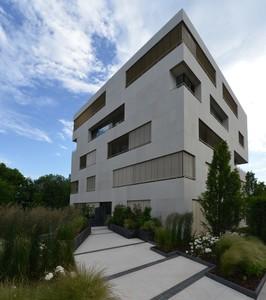 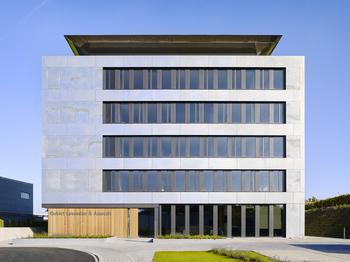 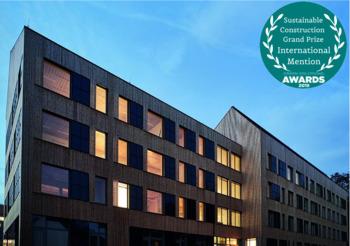 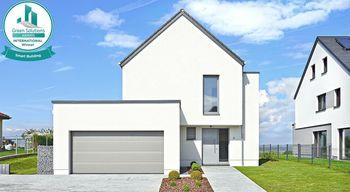