In this project, an old house became passive or very low energy consumer thanks, above all, to the intervention carried out on the south façade to achieve interior comfort, capturing the heat of the sun and slowly transmitting it to the interior: turning the south façade into an active façade. The original state was a building of uninsulated stone walls, a fairly closed southern facade and of poor structural quality, with small windows and a new but uninsulated roof. Author of the images: Stella Rotger and Josep Bunyesc

Neighbor of the town, with sensitivity in environmental criteria and motivated towards actions and actions that reduce energy consumption without deteriorating the environment.

In this project, an old house became passive or very low energy consumer thanks, above all, to the intervention carried out on the south façade to achieve interior comfort, capturing the heat of the sun and slowly transmitting it to the interior. The original state was a building of uninsulated stone walls, a fairly closed southern facade and of poor structural quality, with small windows and a new but uninsulated roof. Due to the poor state of the southern façade, windows could not be made much larger than the existing ones. It was difficult to capture solar energy passively inland. In order to capture energy through the opaque part of the façade, 8-ply polycarbonate panels were installed on the exterior, which made the southern facade a large passive solar collector and, consequently, its old stone wall turned into an accumulator wall and passive radiator in the interior of low temperature and of great surface. The rest of the walls and cover were insulated by the interior.

Surprised before the good functioning of the rehabilitation and aware of the great margin of improvement of the construction system and traditional built park.

Except for the southern façade, the perimeter of the façades is insulated in the interior with reclining cotton of 12 cm of thickness. The cover is insulated with recycled cotton between the wooden beams. In the south façade, a polycarbonate is chosen for the exterior of 4 cm of thickness and a U of 1.1 W / m2K and a factor G of 0,6. It is an active insulation, which allows to capture, in winter, much more energy than it lets out.

On days when there is no sun, there is not enough passive energy provided by the southern façade, so an extra supply of heat is needed. This heat is provided by a wood stove that feeds on local firewood. The stove is located on the ground floor of the house and thus heats the entire building.

South facade with polycarbonate outside as finish and solar energy collector to heat the existing wall and that it radiate the energy to the interior of the house. 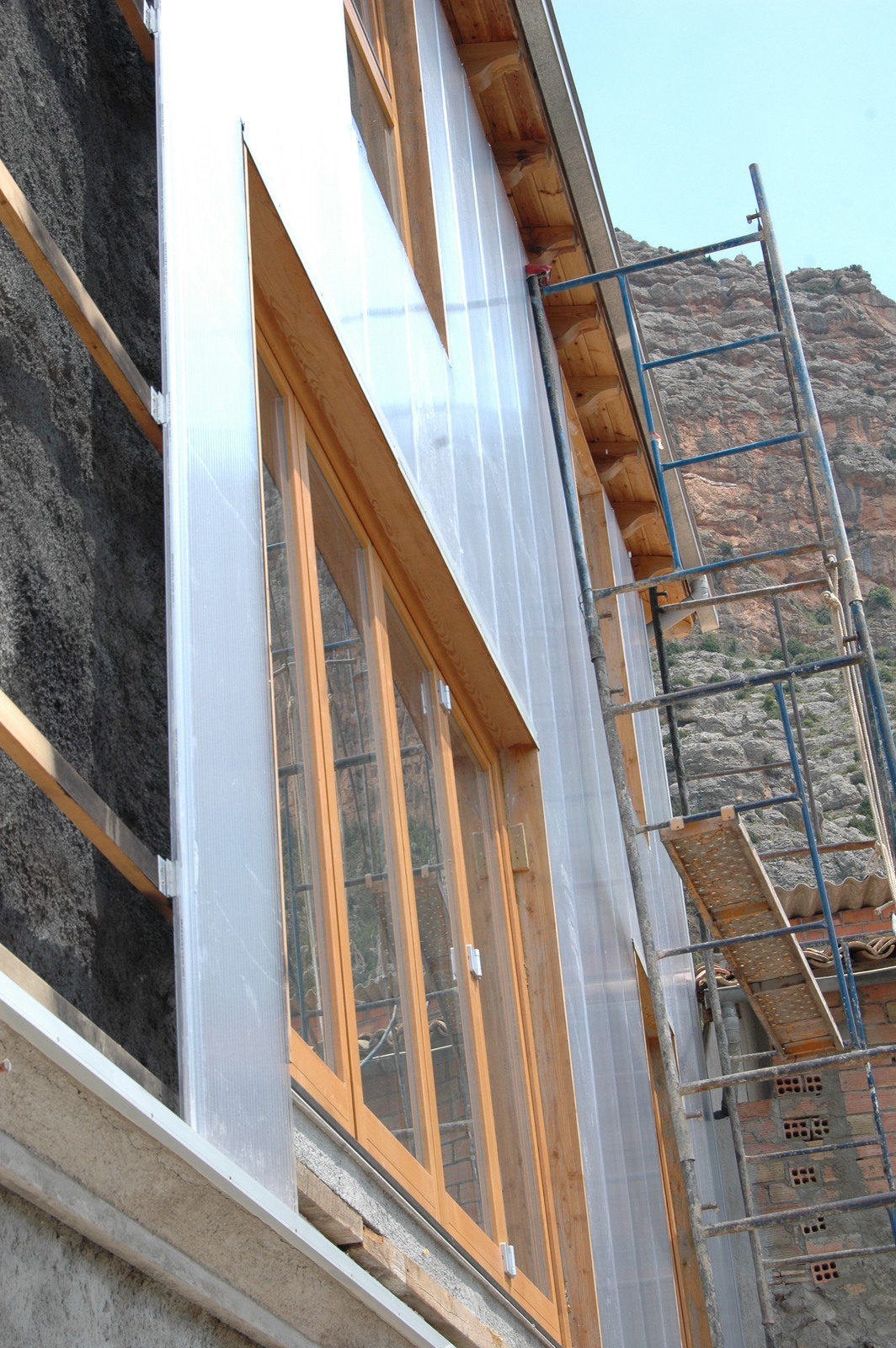 The southern façade is the only surface that has more solar incidence in winter than in summer.
In the northern hemisphere of the planet, winter solar radiation has an angle of incidence quite perpendicular to the wall, but during the summer the sun is much higher and affects less in the vertical plane of the southern façade.
The incidence in summer is much lower and combined with the effect of light reflection on the polycarbonate there is virtually no refracted solar radiation or visible radiation entering the wall in summer: the wall is not heated when the sun is high or summer. On the other hand, the wall is well heated when the sun is low because there is little reflection and much refraction to the interior of the wall. Luckily this physical phenomenon allows to give the wall much energy in winter and very little in summer. This allows the wall to be used as a heat radiating surface in winter and without damaging it in summer. As will be seen in the graphs of the solar contribution, this contribution of energy is proportional to the demand for heating throughout the year.

Under the prescription of the solution by the architect, the property agreed to negotiate a trial period before accepting it as final. This was the first test of the product, so, given the success, it has later been implemented in different projects.

It is a small mountain village of 52 inhabitants which belongs to the municipality of Conca de Dalt. The property is located on one of the main streets, northeast of the town. It is surrounded by single family dwellings between middles, like the one presented in this case study. 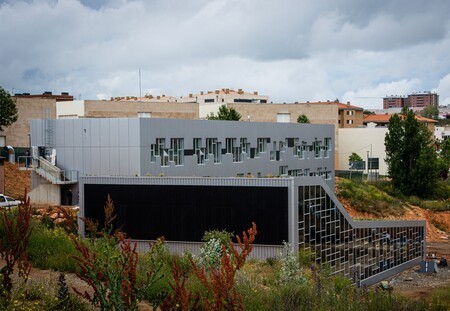 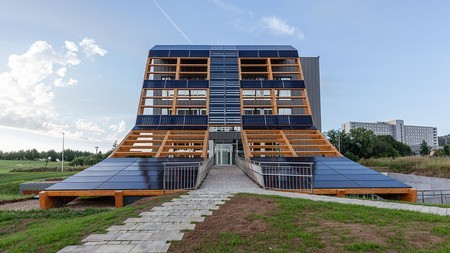 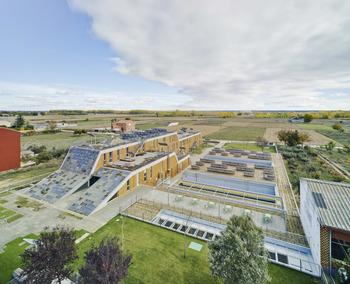 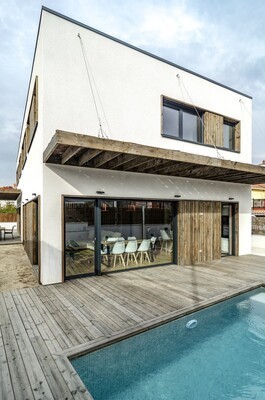 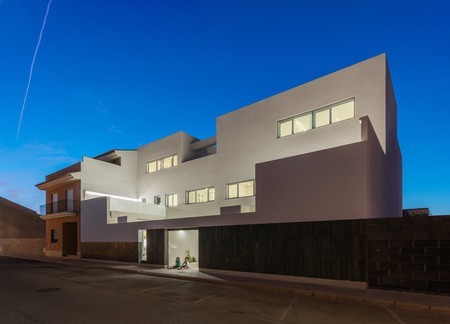