Third place of the circular economy

Last vestiges of the gigantic Société Métallurgique de Normandie (SMN) whose blast furnaces were established in 1917 on the Colombelle plateau north-east of the agglomeration of Caen, the electrical workshop and the vertiginous refrigerant are the last symbols physical aspects of this burning history, the last casting of which took place in 1993. In order to reconvert the site, SEM Normandie Aménagement has initiated a collaborative approach, and imagined the future of this large concrete hall into an innovative workplace and culture that more particularly welcomes players in the collaborative and circular economy.

The envelope carrying memory is repaired but generally preserved. Inside the small nave are three wooden levels with a café-restaurant and workshops on the ground floor, collaborative workspaces and rehearsal spaces on the upper floors. Large wooden balconies extend these corbelled workspaces over the large nave, which has been left almost as it is. It is the meeting place and gathering place of the Grande Halle, hosting all types of cultural or professional events.

La Grande Halle was the opportunity to apply an ambitious approach to reusing construction materials in the context of an ERP building. With a process involving all stakeholders, from project management to companies, many elements of the Grande Halle thus come from deconstruction sites in the region: radiators, toilets, wood, earthenware, windows and fire doors….

Foreshadowing a construction method put in place for the Grande Halle, the ETC collective has created the Cité de Chantier at the foot of it from materials resulting from reuse. She welcomed the users by foreshadowing the functioning of the place.

Normandie Aménagement takes the sustainable approach to its heart in the various operations it carries out.

Through the first two labeled eco-neighborhoods developed on the CU Caen la mer (by including in particular an in situ nursery in order to revegetate the neighborhoods on site), the enhancement and requalification of industrial-port wasteland in order to renew the city on it. even, as well as through its real estate development operations by always going further in the design of efficient, sustainable and inclusive buildings (E + C- and RE 2020).
Through this virtuous and emblematic operation of the Grande Halle, Normandie Aménagement invites us to question our construction and rehabilitation techniques. Making it possible to experiment, on this scale, with the reuse of materials by devoting a dedicated market batch to it, demonstrates the collective and partnership capacity to broaden the field of possibilities.

Questioning the future of buildings at the time of their design (deconstruction, reversibility, etc.) are project approaches that are spreading for the future of our territories and of those who live there and will live there.

The original envelope, carrying memory, consisting of two concrete naves, has been preserved and repaired. Inside the small nave were built two wooden levels that slide into it, with a café-restaurant and workshops on the ground floor, collaborative workspaces and rehearsal spaces on the upper floors. Large wooden balconies extend these corbelled workspaces over the large nave, which has been left almost as it is. It is the place of meetings and gatherings welcoming all types of cultural or professional events.
The investment was concentrated on uses and working comfort, leaving the continuation of the appropriation of facades to local graffiti artists.

Discussions with the craftsmen who took part in the construction (separate building trades) revealed a great interest on their part in reuse practices. The majority of them said that if given the opportunity, they would again respond to a market for the implementation of re-used materials.

Le WIP ophelie[a]le-wip.com Control of use and users of the Grande Halle

The building is heated using wood pellet boilers, equipped with an 85 m3 tank. This type of heating is particularly interesting from an environmental point of view, and meets the ecological requirements of the project.

The Société Métallurgique de Normandie suddenly disappeared from the Caen landscape in 1993: 160 hectares, thousands of square meters of buildings, more than six thousand workers and their families were swept away by the steel crisis and relocations. Eager to overcome this trauma, the communities are embarking on a vast ZAC project, led by Normandie Aménagement. On this desolate plateau, a gigantic cooling tower and a double hall are the last vestiges of the industrial epic. Two majestic concrete scars resisted the demolition and seemed to await the audacity which was going to reinvest them. This emerges following numerous public meetings: what was previously the old electrical workshop will host an innovative third-place project oriented towards the circular economy. Through the active presence, it is a gradual reconquest of the wasteland that is at stake, like the two faces of the Grande Halle: a small nave fitted out for multiple activities (restaurant, workspaces and manufacturing workshops ), attached to a large nave with rough walls, free and suitable for appropriation.

- 21 wooden purlins (structural elements of the balcony of the large nave), i.e. 63 mL

- 10 doors including a fire break.

- 21 wooden purlins (structural elements of the balcony of the large nave).

Most of the materials have been used for the same purpose as their initial use.

The exterior carpentry is the result of an office demolition operation near the main hall.

The doors are the result of an energy rehabilitation operation for social housing in the Caen region.

The Grande Halle, in its very construction, is anchored in a principle of reversibility and adaptability.

Indeed, it consists of two old rehabilitated halls. The smallest is programmed for defined uses such as a café, co-working spaces, workshops and rehearsal spaces, changing rooms, etc. The second, on the other hand, was conceived in a long-term vision of adaptation, and the rehabilitation of this second hall consisted of a minimum development, centered on the construction of corbelled mezzanines allowing the passage between the two halls. This larger hall is therefore distinguished by the place left for appropriation and its adaptability according to uses: sometimes conducive to the multiplication of practices, sometimes a place for parties and festivals, or even a concert stage, an enlarged meeting space. , it therefore allows a real reversibility of its use over time. Therefore, this adaptable design becomes a major ecological advantage, avoiding reconstruction, demolition and the use of materials.

On this project, the reuse of materials made it possible to avoid:

The production of 28 tonnes of waste

The calculation of these impacts was made on the basis of environmental data from the INIES database.

The tools developed for the project by the MOE team such as lot 01 or variant CCTPs are widely reproducible and adaptable to all types of operations.

Storage, provided by WIP, was organized directly on the work site in containers. The WIP managed the stock of materials there, ready to be supplied for the companies which ensured the installation.

- The establishment of a processing workshop, tools, means of transport and security,

- The search for and recovery of re-employment opportunities,

- Purchase of materials on proof,

- Procedures for approval of a material,

- Supply of materials to companies on site, under conditions similar to those of new material.

No. At the start of the works, the building was an entirely empty concrete shell. This structure has been preserved.

Materials sourced off-site were stored on site in a workshop specifically provided for this purpose (container).

The Grande Halle project is particularly interesting and innovative from the point of view of the circular economy; it is indeed the first building to set up a lo t01 entirely dedicated to reuse, in order to support companies likely to be affected by the reuse of materials throughout the worksite. It was also the site of the constitution of a CCTP with variant, known as "with holes", which came to facilitate and standardize the setting up of large-scale reuse. These innovations then become very replicable, because they emerge from a very adaptable construction methodology. In addition, it is about a project which was the place of the installation of a very important quantity of materials of reuse. 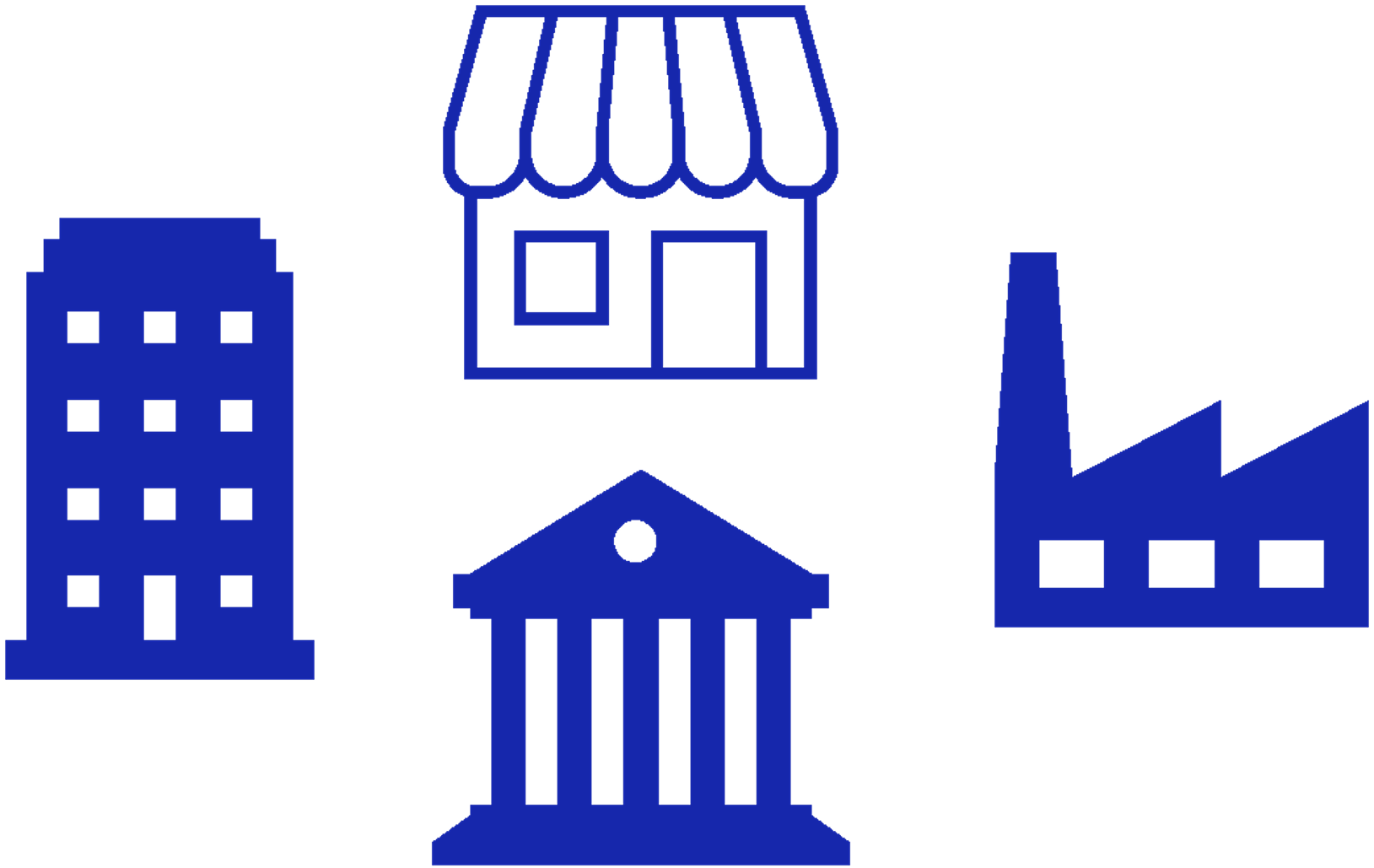