The exhibition sought to provide an innovative output and data gathering opportunity for the SB&WRC project, whilst providing an engaging and attractive exhibit for FutureBuild as an internationally significant building industry trade fair. The exhibition was presented as a giant map of a city and on it we mapped material propositions from on going waste material and valorisation research including the SB&WRC prototype insulate propositions alongside other initial material tests and related material proposals. It promoted the innovative nature of the prototypes as potential products and ‘local’ solutions that contribute to waste management of currently identified waste issues / opportunities as well as providing carbon emissions reduction potential but also contributing to the ‘social’ fabric of the city.  It facilitated engagement and feedback on the potential ‘values’ accrued through the mapping of localised waste-streams and their role in increasing the sustainability of social housing whilst simultaneously fostering  ‘meaningful’, local, material cultures and new vernacular designs.

The exhibition was very well received and organisers commented on its popularity and leading contribution to the show. A daily flow of visitors engaged with the objects, presented as accessible samples to touch. It was featured by social media based materials promoters and influencers (Including Material Stories and Materially Driven) and provided an excellent and key visual backdrop for the wider WasteZone feature.

The exhibition definitively engaged with both quantitative (material) and qualitative (immaterial) aspects of the urban environment. It reveals how waste-from-a-place can form the basis for design methodologies that are both technical and ethnographic and where design research manifests within both the physical and social ‘fabric’ of the city.

The interactive exhibition of material research presented the notion of waste materials gathered from across ‘the city’ and how the research has sought to valorise waste through two key approaches:

This recognizes that the process of the valorisation and elevation of the ‘value’ of waste in relation to the built environment is about both the technical processes of the material into a usable state but also that the reuse and recycling of these materials may also have meaning in material and consumer culture.  Culturally the materials and processes we use reveal their meaning in relation to aspects and contexts of use over time (Karana, 2010) but we also acknowledge their value as part of the process of facilitating, catalyzing but also embodying, communicating and mediating change (Gant, 2016) as vernacular materials of their place (geographically and within the politic and process of waste, reuse and recycling). Through this consciousness of the material being significant beyond simply recycled matter and potentially socially and culturally significant in their ‘becoming something else’ (Ingold, 2011) we critically engage with metrics that recognize the social value of the material (Appelgren, 2019) - A feature of the waste landscape that is now gaining traction in academic research.

We adopt a making-research approach, where knowledge is generated through and about making as a constructive (Koskinen, et al, 2007) process of investigation and thinking (Adamson, 2011) and therefore the ‘products’ created and presented have been design through research and are propositional (Walker,2013). Through making we enact a form of enquiry that reveals both unpredictable outcomes as well as testing expectations built on established knowledge and hypothesis and our products form user solutions but also facilitate and embody the research.

We asked the industry to help in indicating on the boards provided whether individuals think that the materials presented offer:

Whilst this is not secure data, participants were not catagorised and the process could not be policed as process but it did offer some immediate responsive feedback – as well as raising the profile of the project in an industrial setting.

The use of feathers regardless of their origins as diverted land-fill etc is a contentious issue and some feedback conflates the projects use with the farming and use of animal derived materials and methods in some incidents which is reflected in negative data. More generally mixed opinions  also viewed the use of material that had come into contact with humans as problematic – reflected in the range of feedback against the metrics. A recurrent aspect in all the insulate products shown was that their meaning is difficult to justify in some instances as they are in effect covered (inside a cavity and not visible) – but participants acknowledged the value of telling this story on the exterior of the building (as per tile details).

As above similar issues are associated with the use of products having had contact with humans, and the nature of a material that is not necessarily ‘valued’ if it is ‘simply dumped inside walls’. But again this was to some degree polarised and others really valued the notion of such a problematic waste issue finding a sensible use, congruent with its intended purpose and the investment made to create an insulating material – that is otherwise wasted.  Applicability feedback in each case varied based on whether the participant was even in the building trade (as some were marketeers, journalists etc) – generally less positive issues were expressed with concerns over stability of the materials (as fibres of plastic referencing recent concerns relating to plastics pollution micro-fibres) and feathers being messy. This relates to summary discussions relating to ‘next step’ possibilities.

Feedback here clearly identified with straw as an insulate solution already in the culture and use of materials for ‘eco-insulation’ – it is noted that the novel aspects of the research do need explaining and emphasising in this instance so that the innovation is acknowledged. Applicability issues again related to the ‘mess’ of potentially using straw  (some from experience of adopters) and again the value is restricted by it being in effect a ‘hidden solution’. 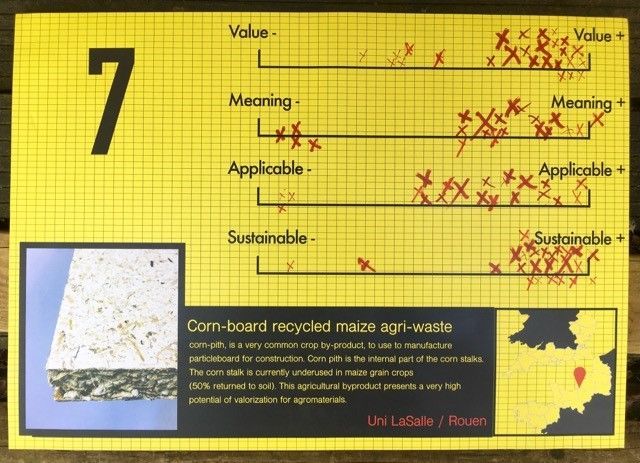 Feedback concurred with the above (re relationship to ‘unsustainable’ farming practices) and hidden nature of a product not supporting notions of valorisation – but as with the others this too was seen as an intelligent and sustainable use of a by-product and possible agribusiness / diversification. The textual and ‘organic’ aspect of the material did draw positive comments and it was handled to the point of destruction. It is no doubt seen as representative as a material of innovation.

Generally verbal feedback and engagement was very positive - discussions with visitors appreciated the aesthetic nature and contextualised, concept of the exhibit and the innovative approach to the prototypes. Individual comments were varied but common themes emerged:

The value in representing ‘the inside out’ and how the insulates that are hidden are evidently less ‘meaningful’ as building products if they are out of sight (as the data also suggested). This was obviously promoted by our presentation of the duvet proposal with an effective rain screen tile that sought to promote the insulate – and visitors commented on how this could be carried forward to each prototype.

Other commonly discussed themes included the next phase of development and the recognition that ‘local’ opportunities would be further enhanced by systems that would support agri-business diversity and / or manufacturing systems to support the production of the prototypes as local business adaptations / opportunities. This does suggest potential for follow-on project feasibility study relating to the potential to provide local SME business propositions for agri-business-diversification, machine adaptation and building implementation to really support and optimise the carbon reduction opportunities offered by distributed (ref Baurley, Tooze etc) or diffuse (rather than centralised) manufacture systems (Manzini, 2016). 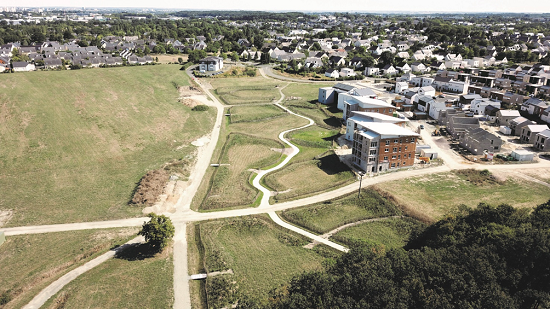 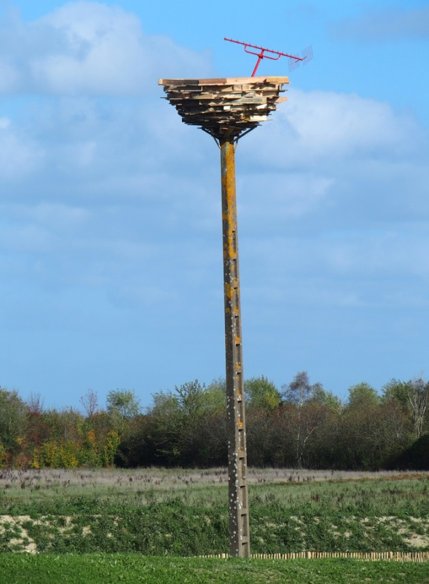 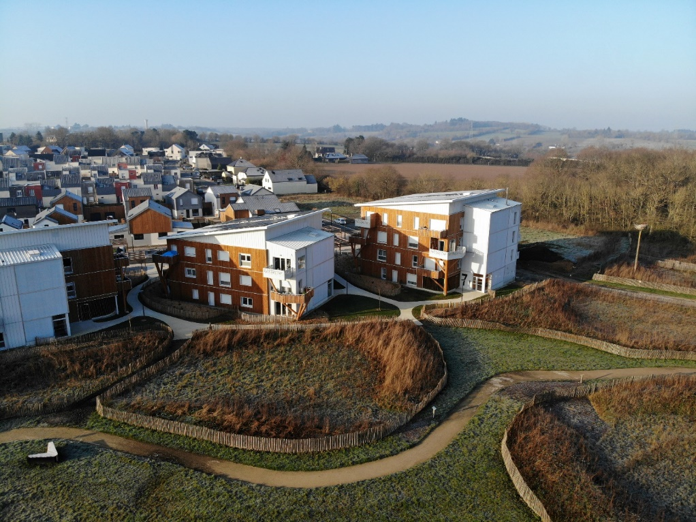