Environmental testing and Life Cycle Assessment of the prototypes

The University of Bath has entered the final stages of the large-scale demonstration testing of the three prototype insulated panels. The panels have been continuously monitored over three phases of representative environmental conditions including winter, summer and variable temperature and relative humidity parameters. The first phase, representative of summer conditions, is described below along with initial results. Initially the chamber was set to remove moisture introduced during panel installation. This helped to stabilize the prototypes for the second phase (actual chamber RH is separately monitored). A fourth phase that will include an industry standard insulating material will also be deployed. All materials investigated in this research are scheduled for advanced material testing in the first half of May. These tests will further enable an in-depth understanding of the performance of the materials and provide reference points for the large environmental analysis as well as the LCA currently in progress. The LCA has undergone a fresh makeover with a new member of the team providing assistance in comparing all the materials under investigation during this study. An updated request for information as well as new process diagrams is in progress, which will further refine the model being developed.

Also in progress is the deployment of prototype three at the University of Brighton’s Waste House. Nearing the end of a 6-week first phase, a second phase will be introduced on the 15th of April with the addition of a new data acquisition system that will monitor relative humidity, temperature, and heat flux. The installation at the Waste House takes advantage of the unique construction of the structure to compare both traditional bale type construction (straw oriented parallel to the heat flux) and the newly introduced oriented straw bale prototype (perpendicular to the heat flux).

With the development of the ongoing tests, the time frame for completion of data acquisition is expected to carry on until the end of May with analysis and reporting tasks to be completed thereafter and fully presented at the closing in June. The first results of the project relating to the development of the straw bale insulation prototype will be presented as a conference paper at the 3rd International Conference on Bio-Based Building Materials in Belfast at the end of June 2019. 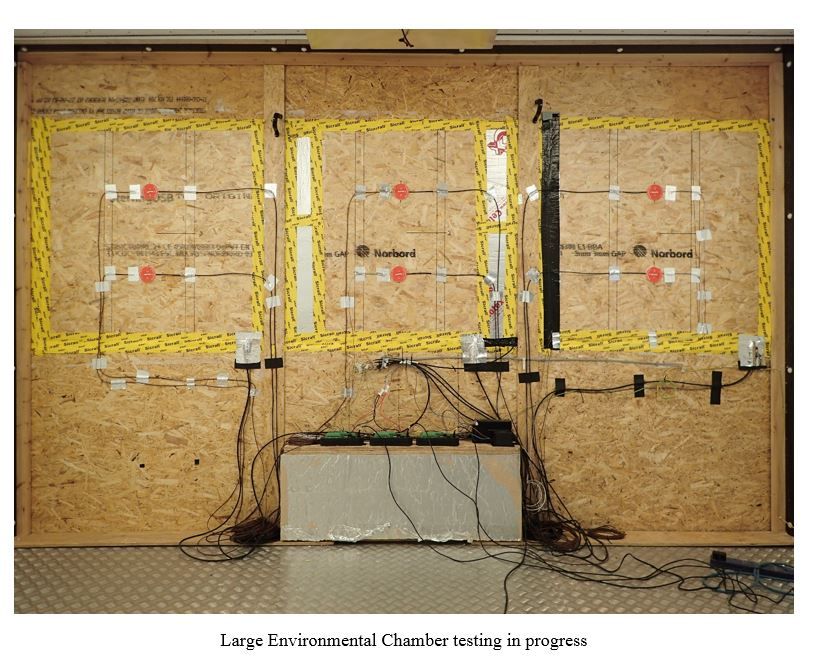 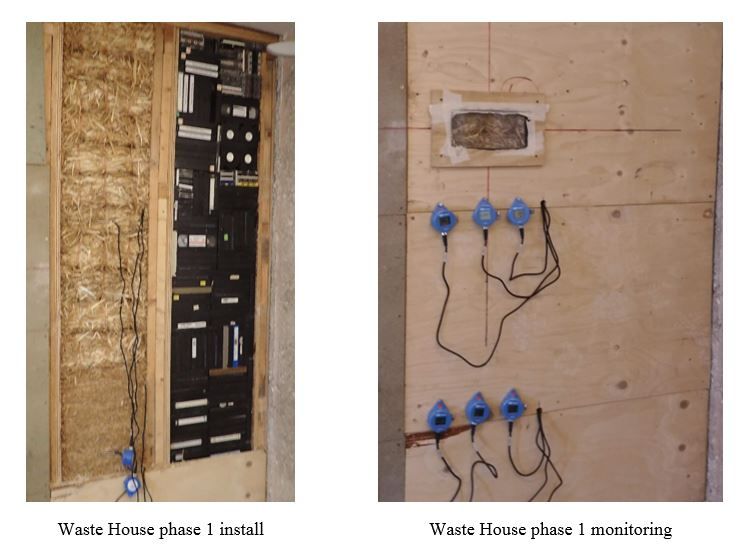 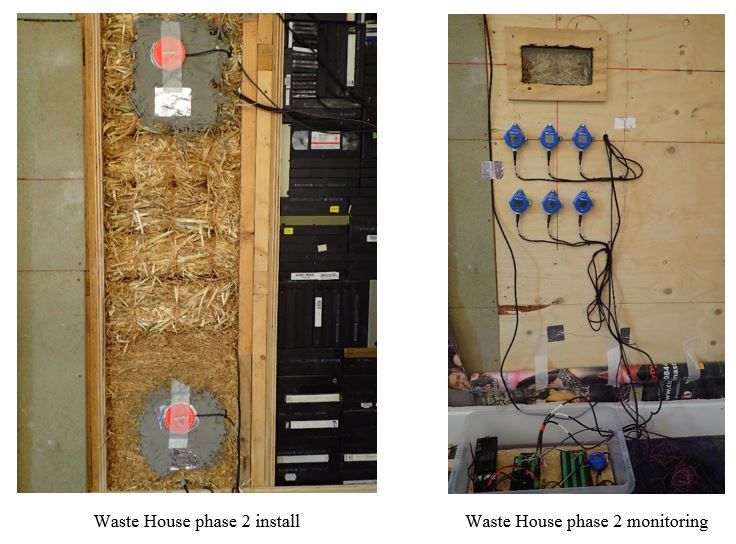 Article written by the university of Bath, SB&WRC project partner