In 2008, a close cooperation between the Administration Communale de Garnich, architects of Architecture and Planning Workshop Ali Barthel and engineers from Betic SA was formalized to ensure the construction of a passive kindergarten in Garnich.

This construction with high energy efficiency, in operation since 2012, consists of two levels, a basement and a ground floor. To implement the basic principles of sustainable development, the majority of the windows are oriented south, blinds allow heat reduction during the summer, and the insulation thickness is optimized.

The building is composed as follows.

On the ground floor:

The Garnich kindergarten offers a daily supervision for children aged 4 to 12 years. The coaching staff works according to the pedagogy "Welt-Atelier", the idea of "competent child" is at the heart of the concept. The child, through his own experiences in different contexts, will develop reasoning and questioning.

More details on this project:

Launched in 2008, the construction project of the Garnich kindergarten took place in a period when the desire to improve the energy performance of buildings had grown considerably. The project is part of a strong sustainable development approach, which takes into account more than ever the energy consumption. Techniques have been designed to lower the energy consumption of the building, while adapting to the needs of space and comfort of the children and supervising staff. The ecological aspect has been integrated from the project design and the operating costs have been minimized. The choice of materials has also been included in the conception phase to meet a dual challenge: using environment friendly materials able to meet high requirements in terms of energy performance. At that time, the Office of Consulting Engineers Betic had already worked on the construction of two passive houses and was able to share its experience in the field. The previously used techniques have been fine tuned to further strengthen the "energy independence" of the kindergarten and the ambitious target was reached without any particular problems: an autonomous production of 85% of energy needs of the building.

The architectural principle is based on a timber frame insulated with wood fiber on the first floor and on the ground floor, with insulating blocks of rock wool covered with a dark gray brick siding. Flat roofs are isolated and vegetated to regulate the temperature in summer and help biodiversity existence. The rainwater are recovered in tanks to supply toilet flushing. The building's architecture incorporates the main features of a building to reduce energy losses, namely: - A compact design, - A thoughtful space organization and a separation of heated and unheated premises, - Large glass surfaces on the south facade and less on the north side, - An important amount of natural light, - Highly insulated walls ... Heated and unheated rooms are grouped into blocks to avoid heat transfers and excessive loss. Technical areas are located north and constitute a buffer zone with the outside. Important dimensions of windows facing south, east and west increase solar gain and daylighting contributions and thereby reduce the consumption of electrical energy for lighting. Awnings also guarantee the reduction of heat gain in summer and also provide thermal comfort during warm periods. Lighting is managed by skylights and dimmable lighting controlled by occupancy sensors and whose intensity varies according to the natural light. The implementation of a consistent insulating envelope reduces heat transfer from inside to the outside of the building and contributes to the set of techniques applied to the building for optimal efficiency.

The first feedbacks have shown that the facilities were not fully exploited optimally. Furthermore, it appears that the occupants must integrate more useful information quickly. For instance, a user manual would have allowed a faster understanding of the building. From now on, Betic offers this type of service.

The light provided by the skylight is really nice. It creates an intimate atmosphere but sufficient for daily activities. In terms of energy production, it's really fun and educational to be able to follow the production of photovoltaic panels in real time.

"Passive" does not mean "zero energy" but almost ... To replace the need for residual heat, several options were considered to achieve an optimal combination: heat recovery on the hood of the kitchen, a Canadian well, a geothermal heat pump, 10 solar panels and heat recovery on controlled mechanical ventilation. The heat created / recovered is distributed by the ventilation in classrooms and by underfloor heating in other rooms.
The domestic hot water is also covered by this combination of technology.
The use of the building being mainly in summer, solar panels were evidence. However, since these systems are working at low temperatures, a gas boiler that pushes hot water once a day to more than 60 ° C has been implemented to cancel the risk of legionella.
The building does not need air conditioning but the inside air blown by the fan has a temperature below the outside temperature because it is refreshed by the Canadian wells and boreholes.
Finally, to cover much of the electrical needs, 53 solar panels were set up on the green roof.

Rain water is harvested from the 700 m2 of vegetal roof and provides the toilets network. 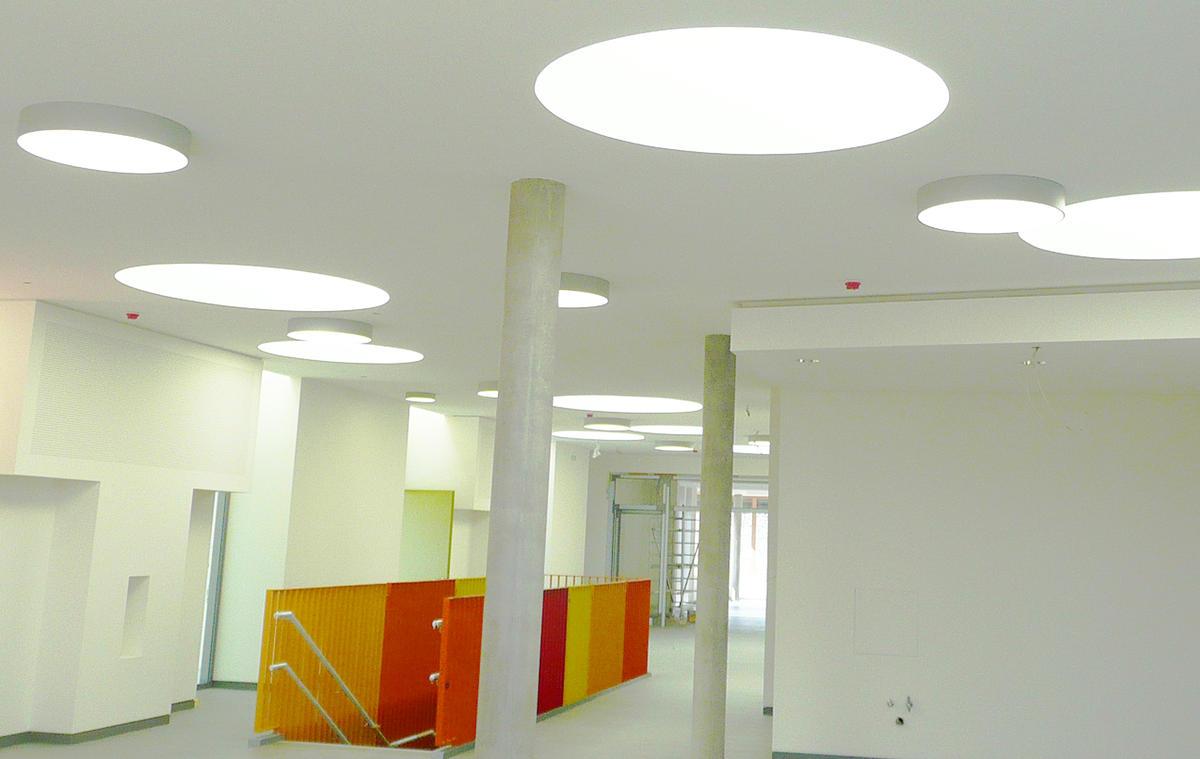 These luminaires are dimmable and energy efficient. They work very well with circular skylights and acoustic ceilings to delight the users.

The localization of the kindergarten in its environment has been thought since the early days of the project. It was logically built near schools and playgrounds.

The kindergarten is by definition a crossing place where parents drop or pick up their children after activities, so significant areas of long-term parking were not necessary. Nevertheless, short-term car parks: "kiss and go", were installed to meet the needs of parents and parking lots have been provided for the operational and management staff. 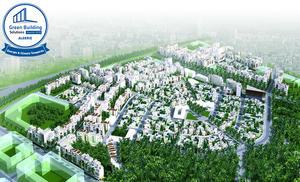 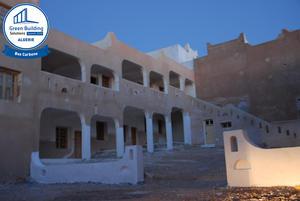 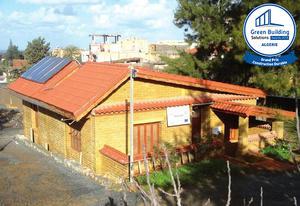 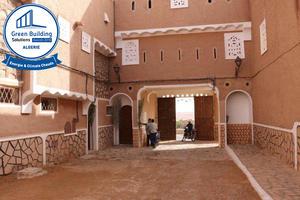