The Titania Building is the first home with Passivhaus Plus certification in Spain, located in the Arturo Soria street in Madrid. It has a useful surface of 280 m2, on a rectangular plot of 375 m2. The floor is limited to the building area by urban regulations and facades parallel to its limits. Its roof is gabled. Its azimuth with respect to the north is of 4º with respect to the bigger facades. The program is simple. Basement floor with facilities and parking; ground floor, more public, has kitchen, living room and a bedroom; first floor with three bedrooms and finally second floor, under the roof, with two living rooms. All the bedrooms are double and have en-suite bathrooms. The floors communicate by means of a two-section metallic staircase.

The typological heterogeneity of the environment where it is located, formed by old small houses of the development of Arturo Soria that mix with the buildings of the 60s and the construction of collective housing of high purchasing power of the end of the 90s, offered the opportunity to carry out a formal exercise, simple but forceful, which far from becoming camouflaged with the place and tries to single out the building in its environment with minimal formal tools. This is why the building is shaped by a parallelepiped prism crowned by a gable roof where the surface finishing of the vertical envelope (facade) is the same as the roof, in continuity and without alterations, enhancing the formal simplicity and rotundity of the prism that forms it. This simple formal solution is also consistent with the criteria and constructive systems that form it, based on the precepts of passive architecture, where the insulation of the envelope is placed in continuity with the objective of eliminating the thermal bridges. It will be the continuity of the Exterior Thermal Isolation System (SATE, in Spanish) that will provide us with a base to coat ceramic of minimum thickness both facades and roof. The order of façades on the facade responds to two contradictory challenges. The approach to a building of almost zero or zero consumption involves avoiding the gaps as the weakest point of the envelope. This confronts the architectural response that gives solution to the reduced dimension of the plot, which for a typology of single family dwelling usually generates residual exterior spaces in the same (between building and dividers, for example). To avoid this, it was decided to leave the glazed ground floor in 80% of its development from floor to ceiling, (glazing coincident with access, living room and kitchen) in order to make the exterior participant in the interior and allow to perceive any outside point from The interior of this plant. In the rest of floors, in the same way as the ground floor, we do not give up the presence of window hollows, which are arranged continuously.

Both contradictory challenges were approached through architectural design supported by correct calculation of the elements that globally form the building, demonstrating that one can think of architecture with null consumption criteria and that the constructive constraints of these criteria can be adjusted to the intended architectural goal.

The building has a foundation with slabs, brake shoes and basement walls of reinforced concrete. The structure has been made by metal pillars with floor slabs and roofing skirts by using reinforced concrete slab. Bottom insulation of the foundation by means of FOAMGLAS fiberglass panels of 12 cm thickness, insulation of the rest of foundation elements in contact with the ground by panels of XPS EFYOS of 20 cm of thickness. The facade is formed by a sheet of thermo-clay 14 cm thick, covered by the exterior, on which is placed an External Thermal Insulation System (SATE) formed by panels of EPS with Neopor EFYOS of 15 cm thickness, in continuity with the vertical insulation coming from the foundation walls. A NEOLITH Artic White ceramic coating from THE SIZE is available on the EPS, which is only 3 mm thick and is attached to the support (SATE) using mono-cementitious mortars and fiberglass mesh from MAPEI's TILE SYSTEM. The internal facade of the facade is done by a gypsum lining as a sheet of air tightness and PLACO system of self-supporting laminated plasterboard with 40 mm rock wool for the purpose of noise insulation. The thermal transmittance obtained is 0.175 w / m2K for the facade and 0.145W / m2K for the cover.

The cover is configured in a similar way to the facade through the use of 24 cm thick EFPS panels installed on the concrete slabs that form them. Above this insulation is revoked with mortars mono cementitious components and fiberglass mesh system TILE SYSTEM. The waterproofing is carried out using MAPEAS MAPEAS SMART two-component mortar, which is supported by MAPEI's NEOLITH porcelain stoneware tiles in continuity with MAPEI's mono-mortars using MAPEI's TILE SYSTEM.

DAIKIN ALTHERMA aerothermal heating equipment is used for cooling and ACS generation with the use of radiant floor - cooling as a heat - cold emitter and thermo - active cover by installing the same radiant floor network in the concrete slabs forming the cover, both from the manufacturer POLYTHERM.

Following the Passivhaus construction criterion, the building has a double flow mechanical ventilation system, from the manufacturer ZEHNDER, which allows to have good ventilation and comfort through a network of absorption of vitiated air and fresh air discharge with a high efficiency heat recuperator.

After performing the Blower Door test, an air renewal rate of 50 Pa of 0.36 renovations / hour has been obtained. This test was carried out in three different phases of work together with a Thermographic study and with the purpose of controlling the execution of the envelope and its tightness. This way you get a building without thermal bridges and with almost no air infiltrations.

As a contribution of renewable energy, the house has a photovoltaic installation of the manufacturer REC composed of 20 polycrystalline panels with an annual inverter yield of 8,255 kWh / a (7,691 kW / a with shadows) producing a year more electric energy than demanded.

Given the maximum reduction in energy consumption achieved through the control of passive measures or exhaustive study of the envelope and of active measures or optimization of the systems and the contribution of renewable energy by photovoltaic electricity, we obtain a dwelling of zero energy consumption (produces more energy per year than it consumes), the first "Passivhaus Plus" in Spain and the first null consumer housing in the capital, Madrid.

The promoter requests a passive building project with the aim of experimenting with the adaptation of the construction under the Passivhaus standard on the usual construction with commercial character and to verify the economic viability of its application. First experience of construction of low environmental impact. Completely different final result regarding the high levels of interior comfort, energy saving and economic for the user.

The building is configured as a singular landmark formed by a simple but forceful prism, a result of giving response to the small dimensions of the plot, the urban regulations and the need to open holes in the ground floor to enable the exterior to visually participate with the interior of the building. 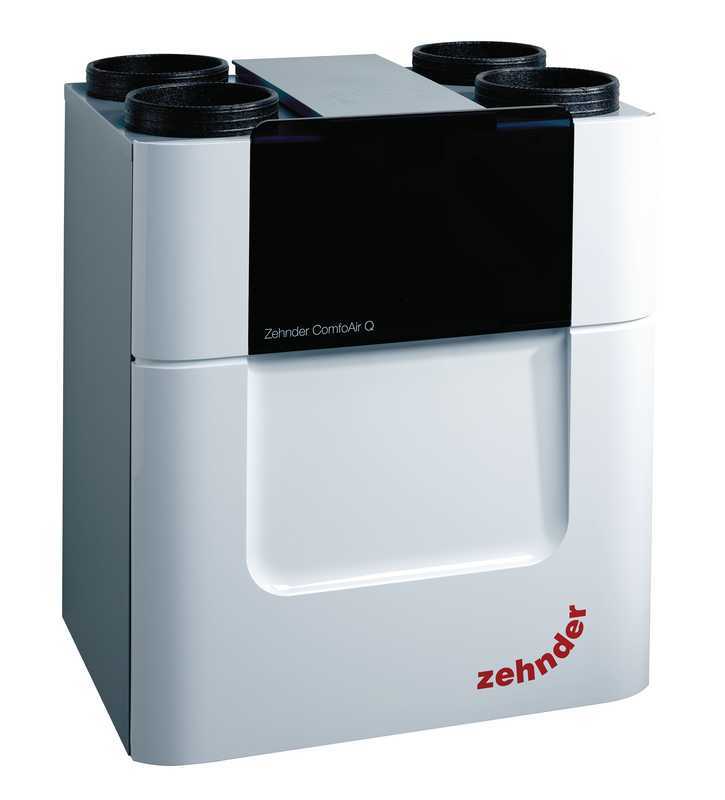 Ventilation device with dual flow heat recovery and an air volume of up to 450 m3 / h at 200 Pa. Thermal efficiency 83%. 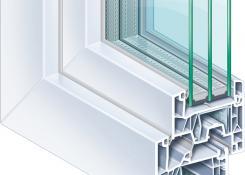 Plot belonging to the urban development of Arturo Soria in Madrid, located in an urban area of low building density. The buildings have a similar typology but belong to different ages. The urban environment has all the services of a consolidated area. 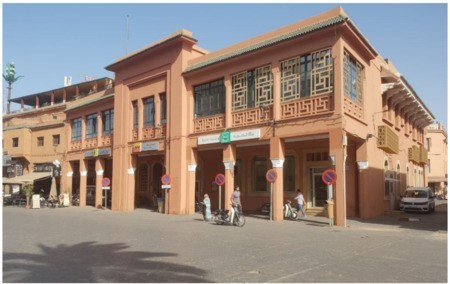 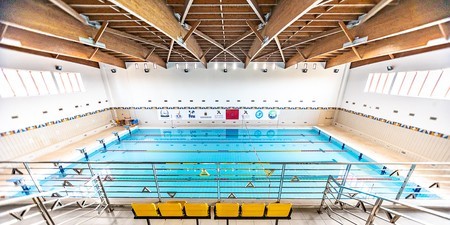 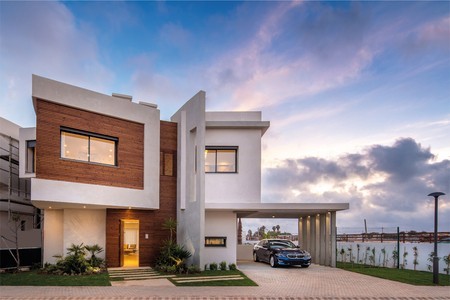 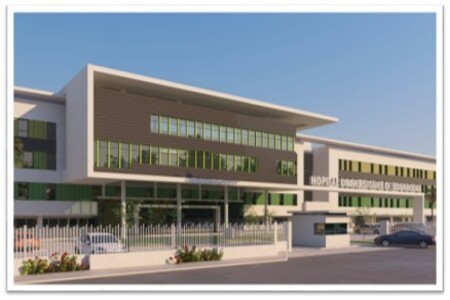 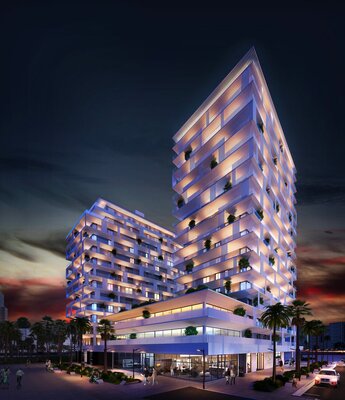 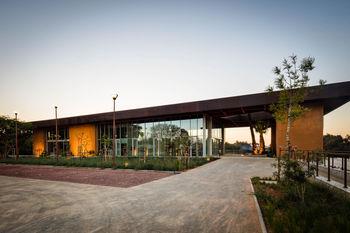