In addition to representing up to 40% of a city's energy budget, lighting is also a means of improving safety and aesthetics.

The work carried out is part of the city's desire to achieve carbon neutrality by 2025, in particular by reducing its energy expenditure, strengthening the security of its inhabitants, improving mobility and increasing its local identity and attractiveness?

In 3 years, 18,800 light points, half of Copenhagen's lighting fleet, have been replaced by LED lights. Citelum will maintain the lighting for the remaining 9 years of the contract (12 years in total) and will use its digital MUSE® platform to plan interventions, monitor equipment consumption levels and communicate quickly with the city's technical services.

The project also helped to set up a city-wide communication network to adjust lighting levels according to Copenhagen areas, traffic and identified needs.

For example, the intensity of lighting on roads has been increased to make users, especially pedestrians and cyclists, more visible.

In addition, the new lighting network offers many opportunities to connect new services in the future such as video protection cameras, noise and air quality sensors to further improve the safety and quality of life of citizens and further transform Copenhagen into a Smart City.

This project was an opportunity for Copenhagen to create coherence in the city and connect residential areas, streets, the historic city centre and many recreational areas.

The master plan for lighting development served as a guideline for the renovation work undertaken to preserve and strengthen the identity of the Danish capital.

Based on detailed analyses of urban space and mapping of existing roads, housing and lighting types, the materials to be used and the colour temperature of new luminaires were defined.

Each has the very special style that characterizes the architecture and design of Scandinavian lighting.

In the city centre, historic gas lamps have been preserved but they now use LED technology. These traditional lamps contribute to creating a charming atmosphere in the city while maintaining the traces of its history.

Finally, all the renovated luminaires have been previously tested to ensure good light distribution and avoid any risk of glare.

The scale of the project implemented made it possible to achieve a rapid impact on the quality of life and lifestyle of the inhabitants and made a significant contribution to:

Lighting infrastructures also offer the possibility of incorporating new connected services designed to make Copenhagen a "Smart City", always in the spirit of providing greater safety, comfort and well-being for its citizens.

The installation and use of Citelum's MUSE® urban space management platform has helped to improve the quality of life in the Danish capital.

All malfunctions are thus quickly identified and resolved to minimize the impact of unavailable lighting on citizens: fewer service interruptions and therefore more safety.

In addition to preserving the environment, the safety of the inhabitants, and particularly during their travels, is another major focus of the project. With the replacement of yellow light from high-pressure sodium lamps with more neutral light from LED lights, colours, urban space and people are better represented and identifiable during dark hours.

The type of road lighting and mast size have also been determined according to the specificities of each area.

In general, all districts in Copenhagen are better lit thanks to the quality of the light installed.

In addition, thanks to a mitigation system, the light from each light point on the roads adapts to the time of day to ensure optimal energy savings.

All these works have increased visibility on the roads, particularly for the most vulnerable profiles, and should lead, according to the city's wishes, to more responsible user behaviour, a reduction in the risk of accidents and, more generally, better safety and smoother mobility.

Committed to the fight against climate change, Copenhagen has set itself the objective of achieving carbon neutrality by 2025. The outcome of this project is a major lighting renovation programme led by Citelum to reduce the Danish capital's energy bill and CO2 emissions. The master plan for lighting development (SDAL) designed by Citelum and outlining the types of lighting to be adapted to the city's different districts and roads was the cornerstone of the project. The choice of LED technology is explained by the possibility of easily modulating the lighting level but also by the performance of the luminaires. Indeed, LEDs have a lifetime 5 times longer than traditional lamps, a better lighting level and a lower consumption. The following results have been achieved: 55% energy savings throughout the city, i.e. an annual saving of more than 2.5 million euros compared to 2010. 77% energy savings on the 18,800 light points renovated. 3,200 tons of CO2 saved per year compared to 2010, which corresponds to the energy-related emissions of 4,600 apartments (2 people per 70m2) or 2,700 villas (4 people per 150 m2). The protection of living beings and biodiversity has also been integrated into the project. The work was carried out with the aim of minimizing as much as possible the city's light pollution for humans and animals. Particular attention was paid to areas identified as "vulnerable" and conservation areas.

"Thanks to the new luminaires, the city of Copenhagen achieves an annual energy saving of more than 50%, which corresponds to the consumption of more than 4,500 households. It also means a significant reduction in our CO2 emissions. Our contract with Citelum supports our objective to be the first carbon-neutral capital in the world by 2025. The money we save can be invested in the future in creating the best city in the world. " says Ninna Hedeager Olsen, Mayor of Copenhagen for technology and the environment. 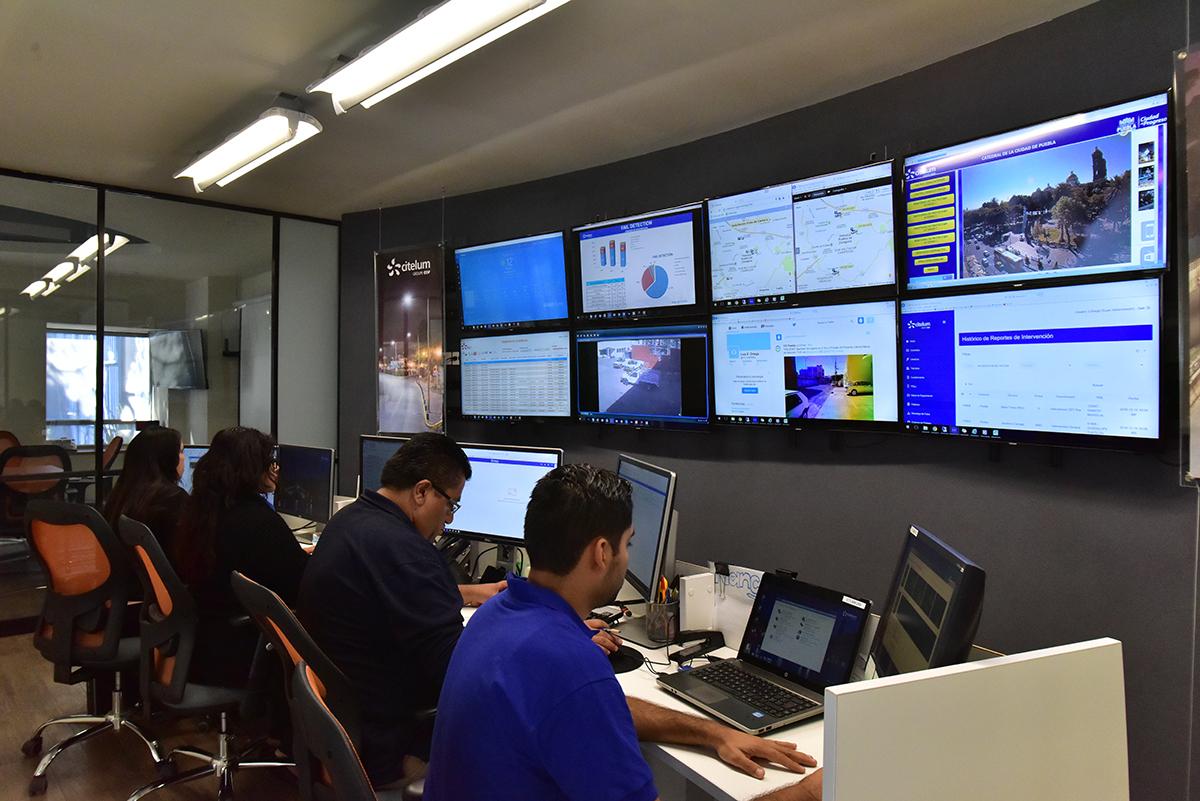 More than an optimized CMMS, MUSE® offers many benefits to effectively monitor and organize the urban heritage of cities.

On the MUSE® platform, all urban equipment is recorded with its history and geolocation.

This information is then used to define preventive maintenance rounds, plan renewals and manage malfunction problems.

In the case of the Copenhagen contract, the city services and Citelum teams are quickly alerted via the platform of potential failures and are thus able to quickly coordinate repairs and restart the equipment.

MUSE® is also used to monitor the consumption level of equipment. Using reliable reports and indicators, Copenhagen identifies sources of high consumption in order to take the necessary measures to reduce energy costs and conserve resources.

MUSE® has 2 500 users in 12 countries. 1.7 M of connected objects and equipment are hosted on the platform (light points, traffic lights, cameras, sensors...)