In 2017, a new high-speed line will optimize the serving of Brittany and Pays de la Loire.

In charge of this major project of linear infrastructure, Eiffage pledged alongside RFF in an exceptional sustainable development by its size, its diversity and cross.

In early 2011, RFF (France Ferrés Networks) held Eiffage for the construction of the future LGV Bretagne and Pays de la Loire, 182 km long infrastructure and falling in line to Rennes and Nantes Atlantic LGV Paris- Le Mans commissioned in 1989. the line will improve connections to the two regions, including the respective time savings of 37 minutes and 22 minutes between Paris and Rennes and Paris and Laval. The project includes the point of Sable-sur-Sarthe 3.6 km- -on ​​which develop rail links within and between regions significantly reducing journey times between Angers and Nantes, Rennes and Laval.

Preparatory work started in July 2012, was followed in December 2012 by the first projects earthworks and civil engineering. The line should be completed in late 2016, for commissioning in the spring of 2017.

The site is divided into seven lots of TOARC (earthworks, structures, restoration of communications). More than two hundred art works are provided, including ten viaducts.

About 10 000 direct and indirect jobs will be generated during the construction phase. To meet the needs of the project, ERE launched an ambitious recruitment program with the introduction of short courses and alternating for youth, adapted to specialized public works. The approach brings together all local institutional partners around the job center teams.

During the excavation phase and construction works (June 2012 - summer 2015), up to 3000 people. Participating companies provide more than half the workforce needs, and additional staff will be recruited locally, across the board. In March 2013, Thierry Repentin, Minister for Vocational Training and Learning signed an agreement for the recruitment and training of job seekers with representatives of CLERE, FNTP, the Professional Union of Terrassiers France, Pôle Emploi and Constructys.

The agreement covers the local recruitment of 1000 people, including 800 in Mayenne and Sarthe, in the business of earth (plant operators) and civil engineering (bancheurs-setters). At the end of 2013, more than 800 local hires have already been recorded, including 400 in professional integration.

A strong commitment is also made for insertion: 8% of hours worked will be entrusted to persons excluded from the job. The project was chosen as a pilot site of the Convention specific application of the Charter Corporate & Neighborhoods that will, among other things, analysis of the practical implementation of social clauses of the site.

Since autumn 2011, Eiffage cooperates with various local institutions, the state, communities (regions, departments, cities ...), job center and Constructys for the development of appropriate courses to train and professionalize applicants job.

For this exceptional construction site, ERE was a specific human resources management. Besides managing the recruitment and training system, it outsourced service is also in charge of steering labor mobility, particularly in relation to housing: negotiation with the municipalities for the opening of campsites diggers caravan, layout private land ...

Moreover, in the context of the Observatory, surveys are conducted with employees on the move were mobilized. More than 3000 questionnaires were distributed to Eiffage companies and subcontractors. Analysis of the questionnaires is conducted in partnership with the University of Rennes.

ERE up security on site at the heart of its priorities. With this in mind, all employees are trained in safety, after which they receive their badge and authorization of their car number, two elements essential to access the site. A QSE reception is planned for all the companions of subcontractors.

Particular attention is paid to reducing hardship. For example, actions to fight against dust (watering haul roads, containment of lime storage platforms ...) and the fight against noise pollution (distribution of earplugs to all staff of construction, runway layout to reduce the frequency of beeps lower gear ...) are deployed.

A consultation process across the site:

ERE began the consultation and made first contacts in the month of April 2011, to define precisely the influence of the project with stakeholders: government services, local elected officials, managers of roads, agricultural federations, expropriated, local residents or environmental protection association associations.

In 2012 and 2013 the approach focused on local and landscaping, restoration of circulation critical to maintaining the functionality of the territories and the choice of agricultural decompensation sites.

Regular information on the progress of the project is given via the various departmental or regional monitoring committees, the Observatory or the information meetings in public. The information is also relayed by the quarterly journal Expressinfo the www.ere-lgv-bpl.com website and a traveling-exhibition trailer which attracted over 10,000 visitors in 2013.

A survey of the evolution of the living environment of local residents was also launched on a sample of nine municipalities. This psycho-landscape approach is an opportunity for residents to express their perception of changes in their environment. The methodology, designed with the support of a doctoral student at the University of Nîmes, is experimental. The first results are expected by the end of the first quarter of 2014.

A photographic observatory of the landscape was also created. More than five hundred shots spread over the entire route were analyzed, and a representative panel of forty pictures selected. The photos will be updated every year. In addition to enjoying the landscape integration of the LGV, the objective of the initiative is to illustrate the evolution of landscapes near the line and restore the communities as compensatory measures.

Finally, a consultation cell attached to the Sustainable Development of Eiffage was created. Its role is the consideration of all requests of stakeholders throughout the project duration.

This particularly active approach to consultation is coupled with actions to facilitate the acceptability of the project. Thus for example, noise is treated at source by setting up barricades or acoustic noise barriers.

Signing of a voluntary sustainable development agreement (including reduction of the carbon footprint, maintenance of territorial ecosystem services, responsible purchasing and socio-economic and environmental monitoring of the project).

Because a project of this size necessarily impacts the environment, territories and living conditions of local residents, RFF and ERE * have put in place an ambitious strategy to make the LGV BPL an exemplary Environmental, social and societal project. Thus, as a complement to their partnership contract, the two sides signed a voluntary four-pillar agreement which formalizes their common will to try, beyond the regulatory and contractual obligations, to operationalize sustainable development on a large linear infrastructure project.

Reduction of the carbon footprint of the project is based on the creation of a carbon arbitrage fund, with a budget of € 6 million, to promote technical solutions that are less emitting greenhouse gases , By financing any additional costs incurred.

The preservation of ecosystem services in the territories close to the LGV is based on the FIPAN® BPL project, based on the FIPAN®, a territorial mutualist tool that makes it possible to remunerate the actors / users of a territory who are committed to maintaining natural properties that can provide free ecological services. The challenge is to promote the reconquest of an ecological diversity through sustainable management of territories - essentially agricultural - subject to the pressure of the construction of the LGV.

Eiffage and its service providers are developing systems to reduce the potential impacts of construction on biodiversity:

These three areas of work do not exclude compensation actions for the benefit of other species. By way of compensation, the project also includes

Complex ecological engineering measures, such as transfer, were implemented for some protected plant species (Cératophylle inerme).

The clearing process is to replace the natural habitats of ecological importance destroyed during the construction. Three priority work areas were identified:

General mobilization for the carbon footprint:

Mastering carbon footprint is a major challenge for the line construction. ERE focused emphasis on training and education of staff in improving the BC®. Monitoring tools of consumption, material quantities implemented, displacement and corresponding emission factors are developed and disseminated to the various entities of the project. Quarterly reporting to track key positions while the carbon balance is updated annually with the actual values ​​to the advancement by TOARC and occupation

Eiffage Rail Express provides design, construction, financing and maintenance of the LGV and Comma of Sable-sur-Sarthe, for a period of 25 years with effect from 3 August 2011. 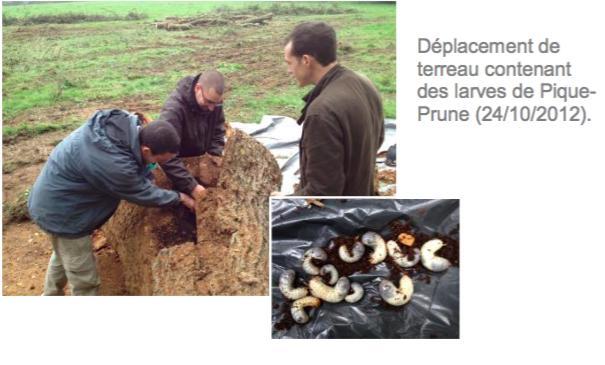 The record of state commitments provides an Environmental Observatory of the establishment to assess the project's impacts on the environment. It aims to enrich the knowledge and practices to reduce environmental impacts and to provide useful feedback for future infrastructure projects.

This observatory is a shared initiative between the work of masters SNCF Network and Eiffage Rail Express (ERE) and with DREAL (Regional Directorates of Environment, Planning and Housing). These actors constitute the operational management of the observatory. The steering committee meets meanwhile all the partners involved in the project with colleges (and socio-economics) chaired by the prefects of Brittany and Pays de la Loire.

The aim of the observatory is twofold:

The Observatory is also working on the study of socio-economic data, with thematic observation the effects of construction on employment, attractiveness and territorial dynamics. 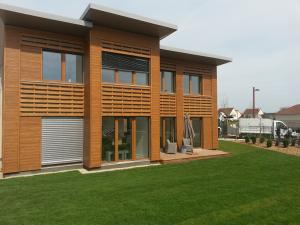 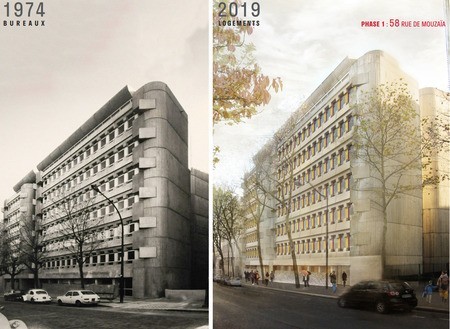 Transformation of offices into 288 housing units 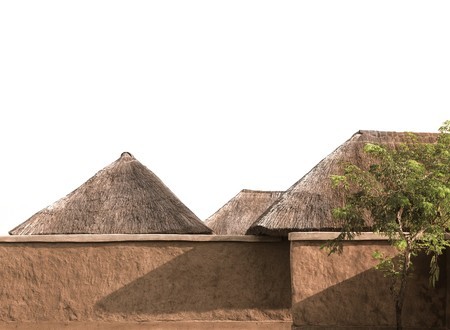 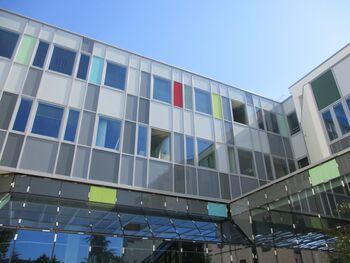 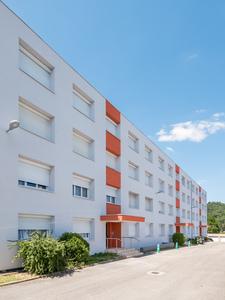 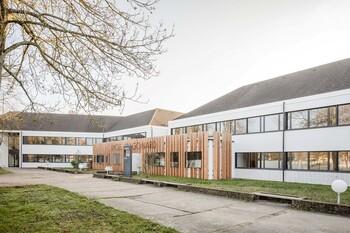