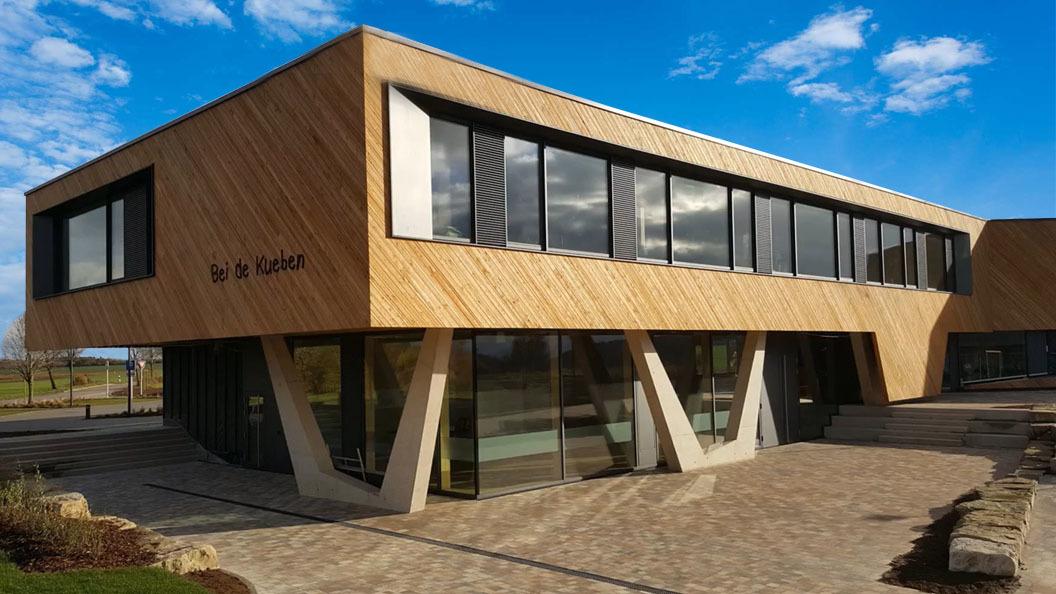 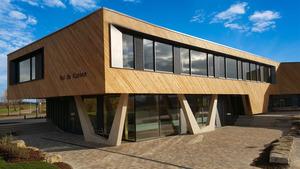 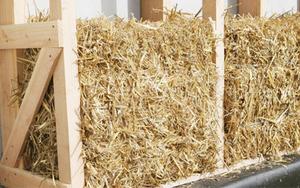 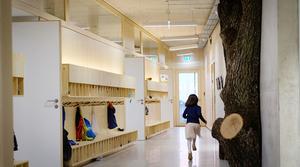 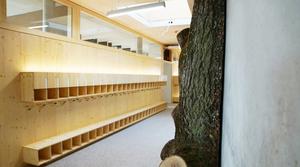 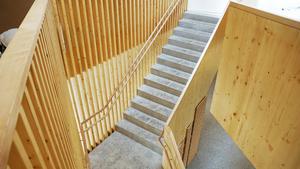 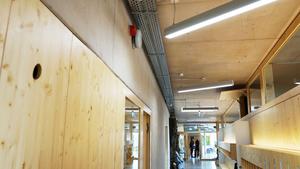 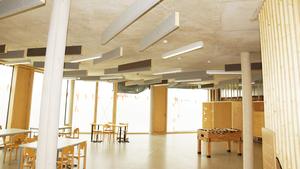 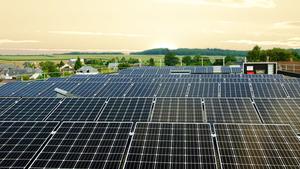 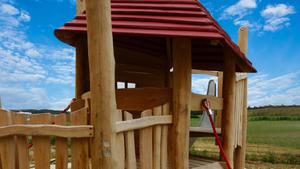 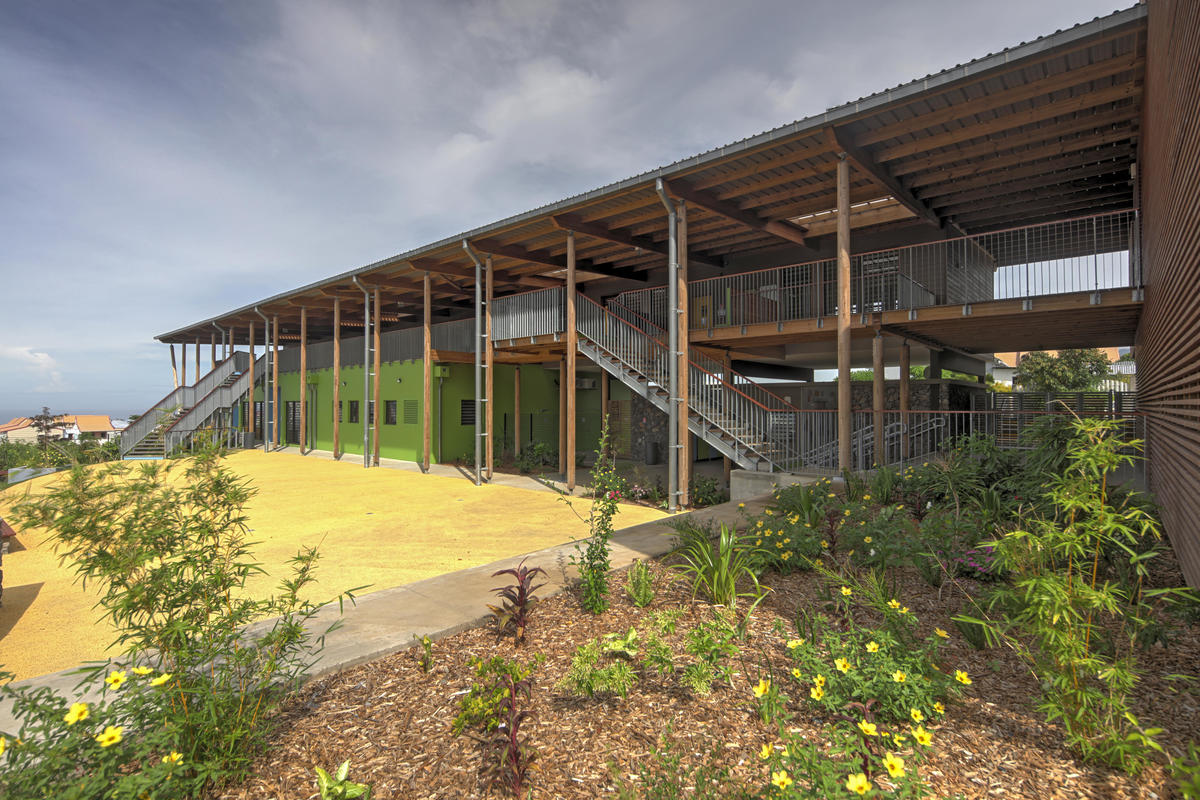 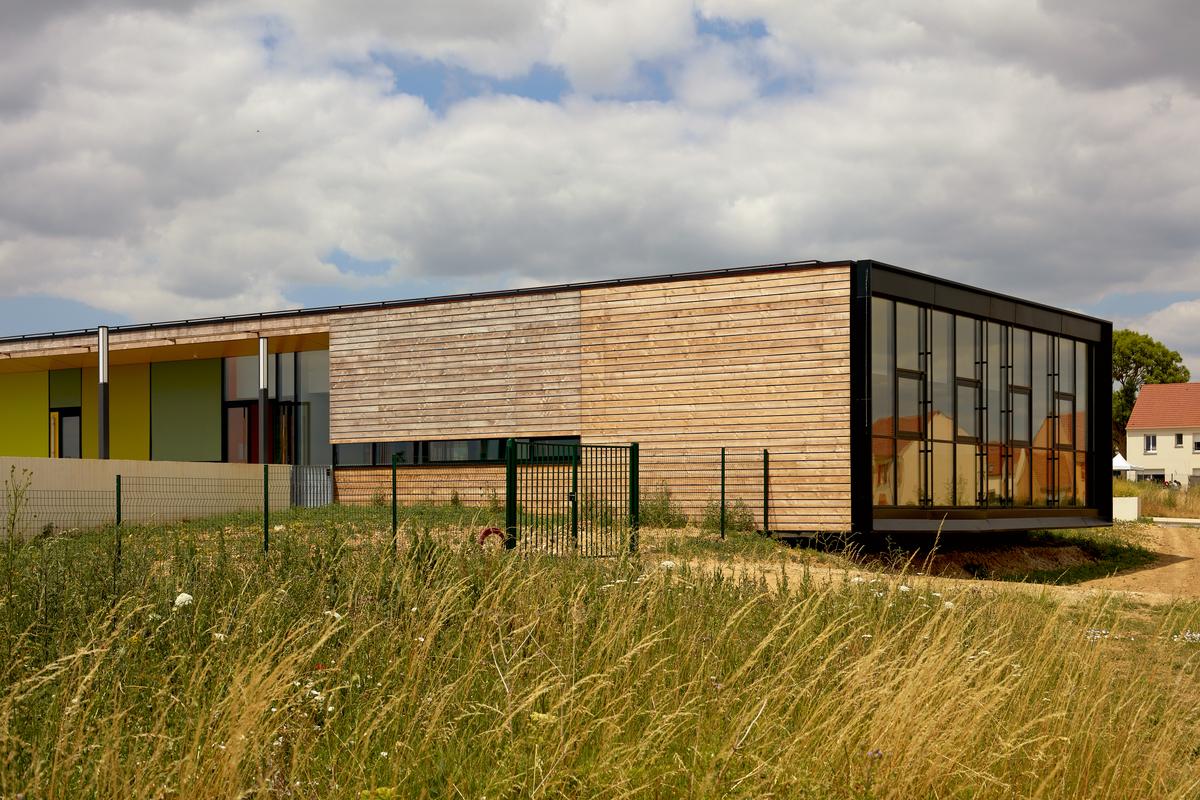 Meeting the strictest standards, this building has obtained the B/B energy classification.
The façade treatment and insulation meet the criteria of a passive house. The relay house consists of one classroom for early cycle 1, and 3 other classrooms for cycle 1. It is also equipped with five free function rooms for the relay house, two offices, annex and meeting rooms, a multifunctional"motor" room, a didactic kitchen and a refectory.
This complex has been designed by all stakeholders to be CO2 neutral through reduced technologies, including the highest level of use of renewable, environmentally friendly and recycled building materials, such as straw insulation.
The facilities selected allow children to learn how to use natural resources.
The mass of the concrete, which forms the structure of the building, guarantees the storage of thermal energy for later release and also makes it possible to reduce the energy consumption of the building, while improving thermal comfort. Heat production in the primary school is provided by wood chip heating, while the new construction has been connected to the district heating network. Ceilings act as temperature regulators in summer and floor heating minimizes heat loss in winter. A central ventilation system has been set up for the motor room, kitchen and catering area. The classrooms are cooled by night ventilation via motorised openings which are activated when the limit values are reached. The pulsed flow in the motor room passes between the different rooms. This is why a specific energy recovery and adiabatic air cooling unit has been installed.
A 30 kWp photovoltaic installation was installed on the roof. The full LED lighting concept minimises electricity consumption.

The building is equipped with presence detectors that automatically switch on the lighting. The brightness adjustment is made according to the external brightness. This adaptation is done in 2 zones: façade and corridor. This choice allows to have the most advanced technical concept in terms of artificial lighting.
A centralized management of blinds, by room and by façade, has been installed. It is controlled automatically by a weather station on the roof, which is an integral part of the energy concept. A video intercom system has been installed inside the building and in all the rooms, as well as on-line access control at the entrance to the relay house.
The straw thermal insulation principle of this hybrid concrete-wood construction is based on wooden caissons, inside which the straw is placed. Compared to all insulation materials, straw is very fire-resistant because it is compacted and therefore does not let air through. It is an ecological and economical alternative to fossil materials.
The relay house, 65 m long and 17.5 m wide, has a surface area of approximately 2,300 m². 10 cm thick plywood panels made of Larch, one of the most resistant woods, are used for the self-supporting construction of the external walls.
The building is composed of two continuous levels, in which part of the second floor has been designed as a flat roof, which offers a playground for children. The base of the building as well as the lower area of the north façade are covered with a clay plaster that children can play with.
The organisation of the existing school has been designed to create synergy between the two buildings and also to protect children from noise pollution. 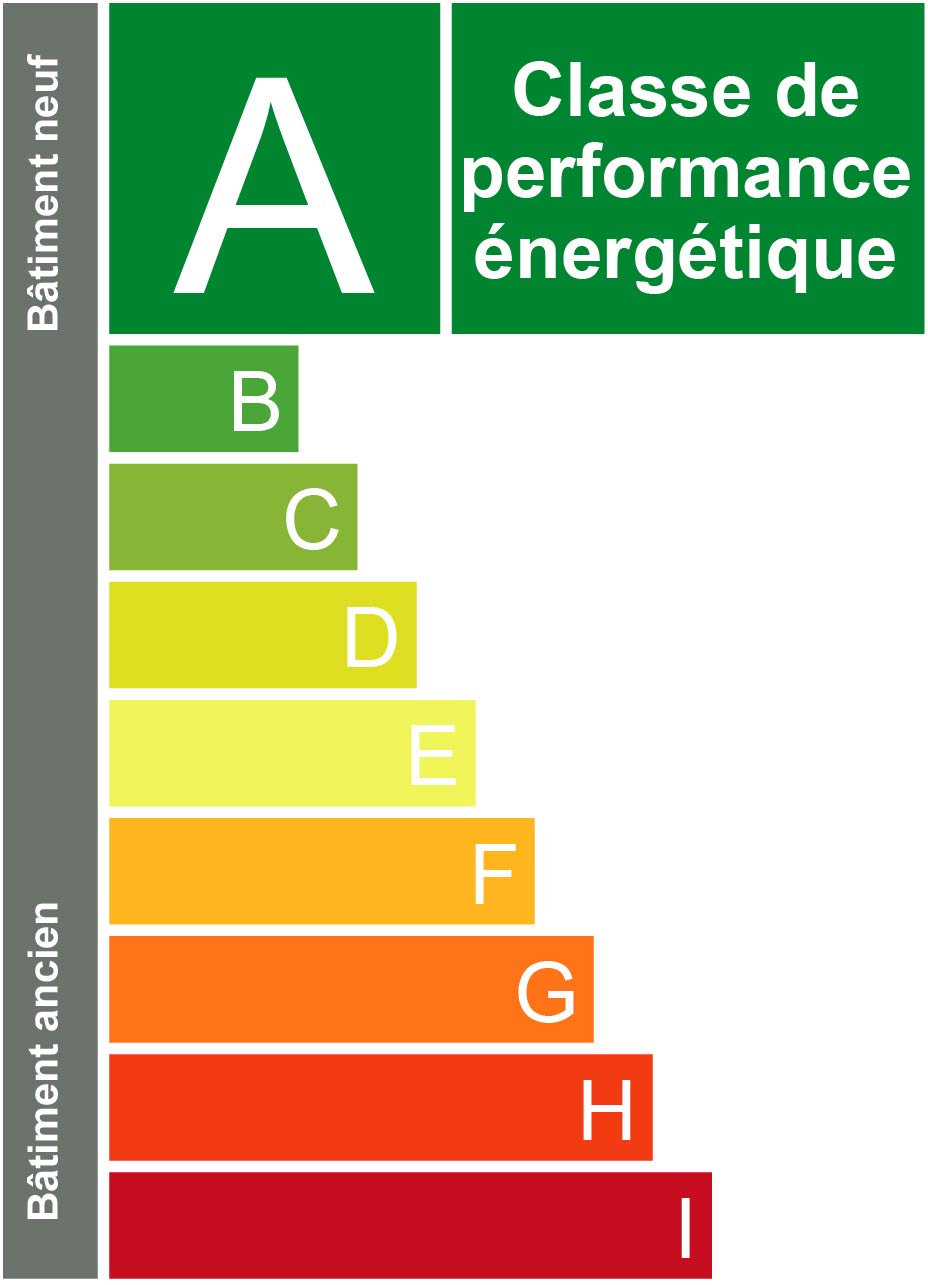