Designedby the architect Jean-Paul Viguier and developed by the Development teams ofBNP Paribas Real Estate, in partnership with Poste Immo, the real estate operator of the La Poste Group, ZENORA was delivered in Q4 2014.

ZENORA is an international building which has brought together French co-developers, French and Dutch investors, and French and American users to work on a common project.
It is notable for its high technical and environmental performance, intrinsic to the building itself, particularly as regards energy which is produced energy-efficiently from natural sources.
The project was designed in association with its users from the outset, and is the result of an ongoing determination to address environmental challenges, from design to operation. The HQE and BREEAM certification awarded to the co-developers during the construction phase will be extended by the users in the operational phase (HQE for buildings in use and BREEAM in use).

ZENORA is a property development whose architecture has been designed with a view to limiting visual impact for neighbouring properties (‘sawtooth’ design and capping of the top floors to preserve views and maximise sunlight).
The glazed, ventilated, frontage is clad in diagonal white silkscreen printing and boasts pleasant triangular open areas. It also acts as a thermal regulator with a thin, ventilated double skin and external solar protection on the façades with greatest exposure.
The development is built around green spaces which have been planted with local species on the advice of an ecologist: on the ground floor, terraces, roofing and a living wall.
The property development is the result of the rehabilitation of a former postal sorting office logistics site, formerly used for industrial purposes. The ground has been cleaned up. The conversion of the site, which sits on a veritable territorial divide, has allowed a mixed area allowing residential, commercial and tertiary territories and clusters of schools to be brought together.

Six months after completion, the users have had time to take possession of the property and familiarise themselves with their new working environment over both a winter and a summer period. From discussions with those responsible for general services, it appears that staff are fully satisfied with the new premises and the attention paid to their health and well-being:
- use of ‘soft’ HVAC terminals (radiant panels to avoid the effects of cold air flow)
- efficient internal solar protection, operating through energy and technology management using solar-powered probes on the terrace, which can be individually controlled
- comfortable internal acoustics, through a variety of efficient removable partitions and the installation of a suspended ceiling and floating floor (exceeding regulatory requirements)

BNP PARIBAS IMMOBILIER PROMOTION IMMOBILIER D'ENTREPRISES Benoît FRAGU - Directeur Général Adjoint - 01.55.65.25.65 Co-developer. We have developed more than 1 million HQE-certified sq. m, and are in a position to produce, both in new construction and in renovation, buildings to meet the highest environmental requirements with performance accredited by HQE certificatio

Particular treatment of the building envelope as regards the façades with greatest exposure:
- to the west: installation of a thin, ventilated, double-skin façade with internal solar protection (motorised Venetian blind) located in the air gap
- to the south: installation of a single-skin façade with solar protection internally (motorised Venetian blinds) and externally (horizontal shading devices with glass or metal blades depending on location).

The ZENORA building is situated 2 minutes by foot from the T2 tramway stop and Velib' (Jacques-Henri Lartigue),
7 minutes from the RER C Issy Val de Seine station and 15 minutes from the no. 12 underground line (Mairie d'Issy). It is situated in the new eco district of Bords de Seine, which is a harmonious mix of offices, shops, residences, crèches and schools.
Situated on the banks of the Seine, opposite Île Saint Germain, it is an active part of the redevelopment of the banks of the Seine. 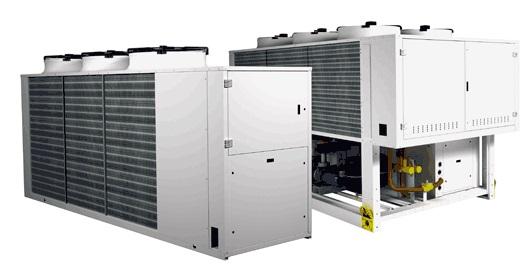 Recommended from the design phase by the BARBANEL Fluids design office, the technical data sheet of the final product was submitted by the companies holding the HVAC contract. The equipment chosen in the end has features and energy efficiency that exceed the design phase.

Reclaimed rainwater represents a potential of 800 m³/year, but only used for watering and cleaning (77 4 m³/year).

The greywater includes only part of the wastewater recovered from toilet flushes (only 3,256 m³/year of 5,783 m³/year available).

Operation of the internal motorised blinds (raising/lowering) is controlled by several systems:
1) by programming times on the basis of the database showing the predicted position of the sun and its intensity throughout the year
2) by solar-powered probes located on terrace which, depending on real weather conditions, override the positions determined by the time programming (with a delay to reduce changes)
3) by individual remote controls, which override the 2 preceding systems

Acoustic comfort: An acoustic leaflet, which takes account of the requirements of NF 16032 and HQE (level P), defines the characteristics of the following materials:
- external noise: façades with a DnAT of between 30 and 38 dB depending on exposure
- internal noise: removable partitions with an SRI of between 41 and 46 dB(A) depending on location and type of premises + acoustic barriers with an SRI = 30 dB(A) in suspended ceiling and floating floor to exceed the requirements

Indicator assessed in relation to the 2005 regulatory calculation

2 types of bio-based materials have been used in the project: wood decking and fibrastyrene insulation.