Designed in less than a year, the Opera Confluence of Avignon is an ephemeral theater for 950 spectators , active during the restoration of the historic theater downtown.

This unique, frugal and characterful place defies the standards and meets the dual objective of offering the essential qualities for an opera and anticipating its dismantling, resale and reassembly on another site or for another use .

Limiting its impact on the environment, the operation has minimized interventions in the field and developed flexible solutions in its present and future use: separate technical equipment, streamlining of the envelope, demountable and scalable timber frame, etc.

This project was presented at the ITEAC conference in London, Forum Bois 2018, received the Golden Marianne of sustainable development early 2019, many publications (the stage, front stage, Monitor, etc.).

For economic reasons, the Opera's research has resulted in the recovery and reuse of a maximum of equipment from the Royal Opera of Wallonia of Liège , themselves already used by the Fenice of Venice during its reconstruction in the early 2000s. Only the marquee (because of the power of the Mistral) and outdated electrical and ventilation equipment could not be reused in Avignon.

While the eco-friendly approach was not a stated goal of the project initially, it has become a response to time and budget constraints. She has thus instinctively gathered all the actors and the frugal character represents today one of the characteristics of the room .

This singular set creates a unique combination, an original atmosphere. The "low tech" character leaves the imagination to seize the place, opens up a multitude of evolutions.

In Avignon, the exercise had to be competitive with standardized rental solutions, meet the same deadlines, the same budget and offer such a large conversion capacity. Subject to a precarious, limited-time building permit, the operation was able to achieve its objectives by providing alternative responses to the constraints of the PPRI, accessibility or thermal regulation.

Limiting its impact on the environment, the operation has minimized the interventions in the field as developed flexible solutions in its present and future use: separate and recycled technical equipment, streamlining of the envelope, demountable and scalable wood frame ...

All elements, including scenographic, being independent, they ensure the scalability of the project.

While the eco-friendly approach was not a stated objective of the project, it has become a response to time and budget constraints. She has thus instinctively gathered all the actors and the frugal character represents today one of the characteristics of the room.

As a temporary project, the design of the Opera Confluence was dictated by very short deadlines adjusted to the cultural seasons and a reduced budget. For economic reasons, the Opera has sought to recover and reuse a maximum of equipment from the Royal Opera of Wallonia of Liège, themselves already used by the Fenice of Venice during its reconstruction in the early 2000s .

Only the big top (because of the power of the Mistral) and inadequate technical equipment could not be reused on this project. A new envelope had to be imagined, able to accommodate the platform, the scene and the grill recovered, while ensuring the reception of the public in optimal conditions. The hall is part of the public facilities of the train station and the Courtine district.

Opened by its main entrance to the South, sheltered from the Mistral, it temporarily qualifies the district of the station.

Beyond its capacity (structural scope, comfort, interior volume ...), budget and tight schedule, the room is removable. It can be transposed to another site, find new vocations and allow a financial valuation. Co-design is the key to the success of any operation. Motivation and animation around a project can only last if the coherence between the answers and the needs of the project is found. This synergy took in Avignon, it took advantage of the ambitions of the project management, the common experience.

The extreme speed of the project, from its first sketches to the first performance (14 months), mobilized all the actors. It proves that the traditional approach, sometimes called into question, of a distinct project management allowed at the same time a strong collaboration with the users and the control of the operation with the companies.

The construction began in July 2017 and the Opera Confluence was inaugurated on November 24, 2017.

In a simple and unitary form, the perception of the building is based on a precise and strong implantation in the environment. In Avignon, the axis ordered by the external facilities of the TGV station affirms the layout of the room as structuring element.

From the minimum template given by the recovered elements - stand hold, stage surface, grill height - the design of the project focused on optimizing the envelope and structure, not only from a point of view constructive, but also with regard to the use of the building.

The acoustic comfort of artists and spectators, linked for example to a lyrical representation, was simulated to effectively combine the geometry of the room with a rationalization and reduction of the surface of the envelope.

The inclined facades, their interior finishing in plywood and locally absorbent, respond to better acoustic diffusion.

The synthesis and the structural, acoustic and thermal simulations made it possible to reduce the number of elements and to specify the choice of the materials.

The rectangular base plane integrates the recovered platform and scene. It is punctuated by the structural frame every 7.5 m, itself multiplied by the repetition of prefabricated caissons of the envelope.

The establishment of the opera in the Courtine district has ensured performances in optimal conditions with very positive feedback from faithful spectators and dancers, musicians and actors and attracted a new audience, family and school. The ephemeral dimension also participates in the attendance of this atypical place.

The ephemeral nature of the equipment did not require an assessment of consumption.

A RENEWABLE IDENTITY
The Opera Confluence is a simple assembly. It incorporates recycled scenographic equipment, designs a removable shell and is complete with technical equipment and annexes according to its needs . The set creates a unique combination, an original atmosphere.

The Opera Confluence reveals itself from the inside. In contrast with the inert metal cladding facade, the wood is multiplied into structural elements, panels and acoustic elements . By its smell, its color, its timbre and its touch, the wood creates a protective and warm environment. The goal is achieved by the story that the project was born from the meeting of actors and common ambitions.

The life and identity of the ephemeral room will continue to evolve over its facilities .

A NOMAD BUILDING
The Opera Confluence consists of combinable elements, recycled or new. Although adjusted to each other, these elements, both technical, structural and scenographic, remain independent and modular. Designed and optimized for lyrical performances, the room can, by its dimensions, accommodate a multitude of functions. The disassembly and reassembly of the room will be the next objective of the project . It will confirm the design and implementation of caissons, structural assemblies and finishing treatments. 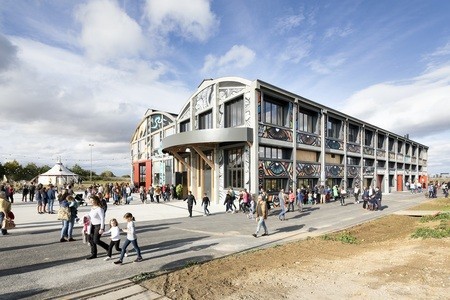 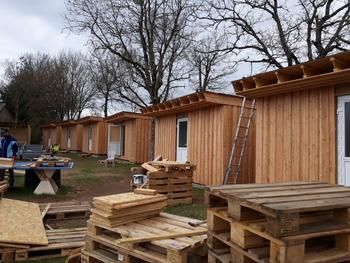 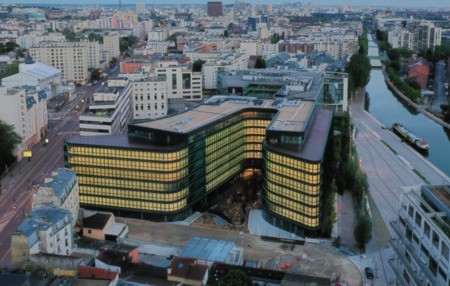 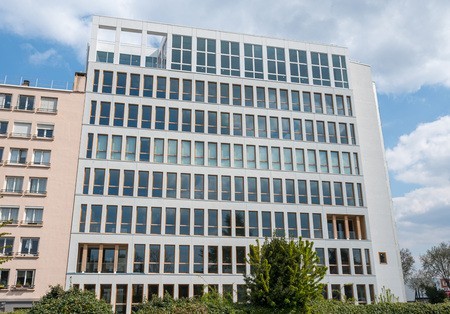 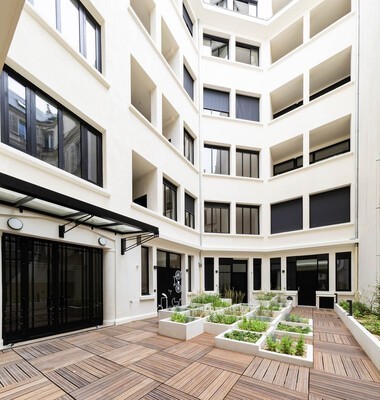 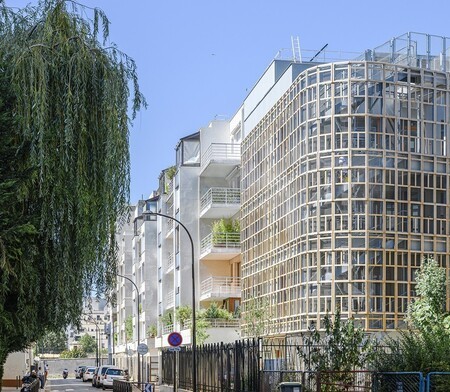