SCI Rueil Newton c / o DTZ Investors presents its MOZAIK office building which has undergone a major restructuring between 2014 and 2016. This building of more than 18 000 m², located in Rueil Malmaison, consists of 8 office floors in adaptable superstructure and adaptable to the needs of the occupants.
The well-being and comfort of the occupants has been at the heart of the concerns both during the design and implementation of the project. Thus, many studies were carried out upstream of the project to choose the equipment and the materials allowing to combine comfort and health in the workspaces as in the spaces of relaxation.
In addition, this building benefits from a triple environmental certification, HQE, BREEAM and LEED as well as a BBC EFFINERGIE label. Obtaining these certifications ensures, in addition to the comfort of the occupants, a reduction in the environmental impact of the project.
MOZAIK was also chosen to participate in the HQE Performance test evaluating the environmental performance of buildings and its impact in terms of carbon over the entire life cycle of the building.
SCI Rueil Newton c / o DTZ Investors has chosen to carry out an exceptional operation reducing the building's environmental impact and combining comfort and health of the occupants.

In order to increase the volume of the hall and to offer the users and their visitors a more generous reception area, a light glass volume projecting from the façade of the upper floors has been created from ground level to level R + 1.

At garden level, a secondary lobby has been created at the western end of the plot.

In order to minimize the environmental impact of the project, the majority of the façade has been retained. Constituting points of thermal weakness and corresponding to a dated architectural vocabulary, all of the glass block elements located on the facades of the stairwells have been replaced by solid insulating complexes integrating into the existing façade pattern. This allowed to significantly improve the thermal insulation of the building. These elements are clad in glazed exterior claddings in opaque white glass which is embedded in the façade unit and allows the natural lighting of these areas to be preserved.

To control the solar gains, on the three protruding volumes of the rue François Jacob, a second skin, detached from the facade acting as a solar filter was implemented. It consists of a tubular structure in white steel, which supports a stainless steel mesh (placed on the inside of the structure), to protect the glass facade from direct radiation.

THE REQUALIFICATION OF ATTIC AND ROOFING VOLVUI

The Attic level (level R + 8) is completely requalified and made available to the occupants. The terrace, initially used as a raceway for cleaning nacelles, is transformed into outdoor lounges accessible to users. To complete the approval of this terrace, a pergola to protect users from rain and sunshine is implemented. It consists of a horizontal structure in clear lacquered steel tubes forming a square and partly filled with clear lacquered steel plates. We thus find, on the horizontal plane, the effect of shimmer and disintegration produced by the second skin on the façades. Architecturally, this over-roof also allows to give a real crowning to the building. In addition to its functional role and its architectural role, it has a technical role with its surface equipped with solar panels participating in the production of domestic hot water.

Bike paths and gentle paths are present near the site. They allow easy access for cyclists. Close to the site pedestrian flows are secured by sidewalks and pedestrian crosswalks securing the exterior of the building and access from public transport. The site is located in an area with shops varied proximity: pharmacies, supermarkets, banks, etc. Many restaurants are located near the site. A corporate restaurant and a cafeteria are also present on the site and allow users to alternate eating places. 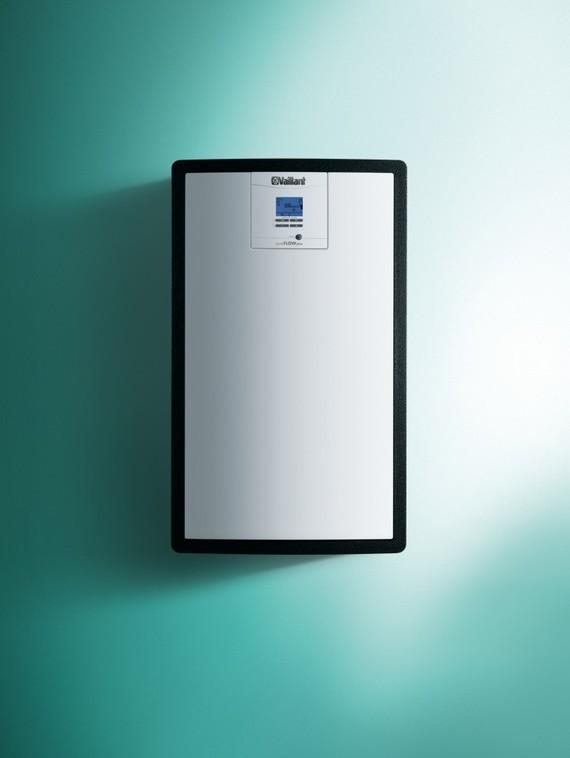 Measurements of the indoor air quality were made at VOC reception:

- Formaldehydes:   8.3 μg / m3- Particles: (results a little worse, because work was still in progress on the day of measurement)

All equipment has been designed to meet the needs of occupants:

- Lighting via presence sensor, sunshine and possibility of remote control

- Blinds managed by a weather probe and the occupants.

- RIE, cafeteria and concierge service in the building.

- No smoking on the entire plot to avoid nuisance to other occupants.

In addition, numerous studies and measurements have been carried out to ensure the comfort and sanitary quality of the building (acoustic measurements, indoor air quality measurements, artificial lighting measurements, natural lighting air, water quality). Finally, a commissioning process has been put in place to ensure the proper functioning of the equipment on reception and thus the satisfaction of the occupants.

The life cycle analysis was carried out using the Elodie software, in accordance with the methodology detailed in the HQE renovation and HQE Performance standards. The data and FDES and PEP used come from the INIES database. A detailed calculation was don

100% of the wood used is labeled FSC or PEFC

MOZAIK is a building that combines health and comfort of occupants, in accordance with the environmental policy of SCI Rueil Newton c / o DTZ Investors. Indeed, all equipment has been studied to meet the needs of occupants:

In addition, numerous studies and measurements have been carried out to ensure the comfort and sanitary quality of the building (acoustic measurements, indoor air quality measurements, artificial lighting measurements, natural lighting air, water quality) Finally, a commissioning process has been put in place to ensure the proper functioning of the equipment on reception and thus the satisfaction of the occupants.
The restructuring project favored the conservation of a maximum of elements still usable on the site to reduce its impact in terms of carbon emissions. Indeed, the stone facade, the concrete structure of the building as well as the aluminum joinery were preserved. The gas boiler and the cold units that were not at the end of their life were kept and restarted as well as a few ACTs. All wood materials in the project are PEFC or FSC certified. The domestic hot water of the RIE is produced by photovoltaic panels located on the roof. No new parking has been created. 90% of site wastes were recovered (80% material recovery). MOZAIK participated in the HQE Performance test evaluating the environmental performance of buildings and its impact in terms of carbon over the entire life cycle of the building, by contributor and component.