As part of the European D2Grids project, BRGM is studying geothermal solutions to enable inter-seasonal storage in 5th generation heating and cooling networks.

An innovative solution has been proposed on the site of the Etablissement Public d'Aménagement Paris-Saclay: using the Albien aquifer to store heat. The feasibility of the project now depends on the study being carried out by the BGRM on the impact of temperature variations on microorganisms.

Inter-seasonal storage: ensuring the viability of the process

Inter-seasonal heat storage in the Albian aquifer could be a viable solution to store heat and thus avoid its release into the atmosphere. This heat storage could then supply the 5th generation heating and cooling network of Paris-Saclay (France). However, this would generate locally important temperature variations in the aquifer - generating temperatures that can vary from 10°C to 50°C, whereas the natural temperature of the aquifer is naturally at about 30°C. These temperature variations would then modify the biogeochemical equilibrium (interactions between water, rock and microorganisms) which must be analysed and characterized, to ensure the viability of the process in the long term. It should be noted that, in the context of the Albian aquifer, the reservoir is also used for drinking water and its heating is currently not allowed. The biogeochemical balances are therefore very important for the water quality of the aquifer.

1st step : Approach and objectives of the first campaign

A first sampling campaign was carried out by BRGM on the Paris-Saclay site on April 22, 2021, more precisely on well GMOU1, in the ZAC du Moulon. This well is currently used as a production well in a geothermal process. The water sampling was carried out right at the exit of the well, so that it is the most representative possible of the water present in the basement. The objectives of this campaign were to: 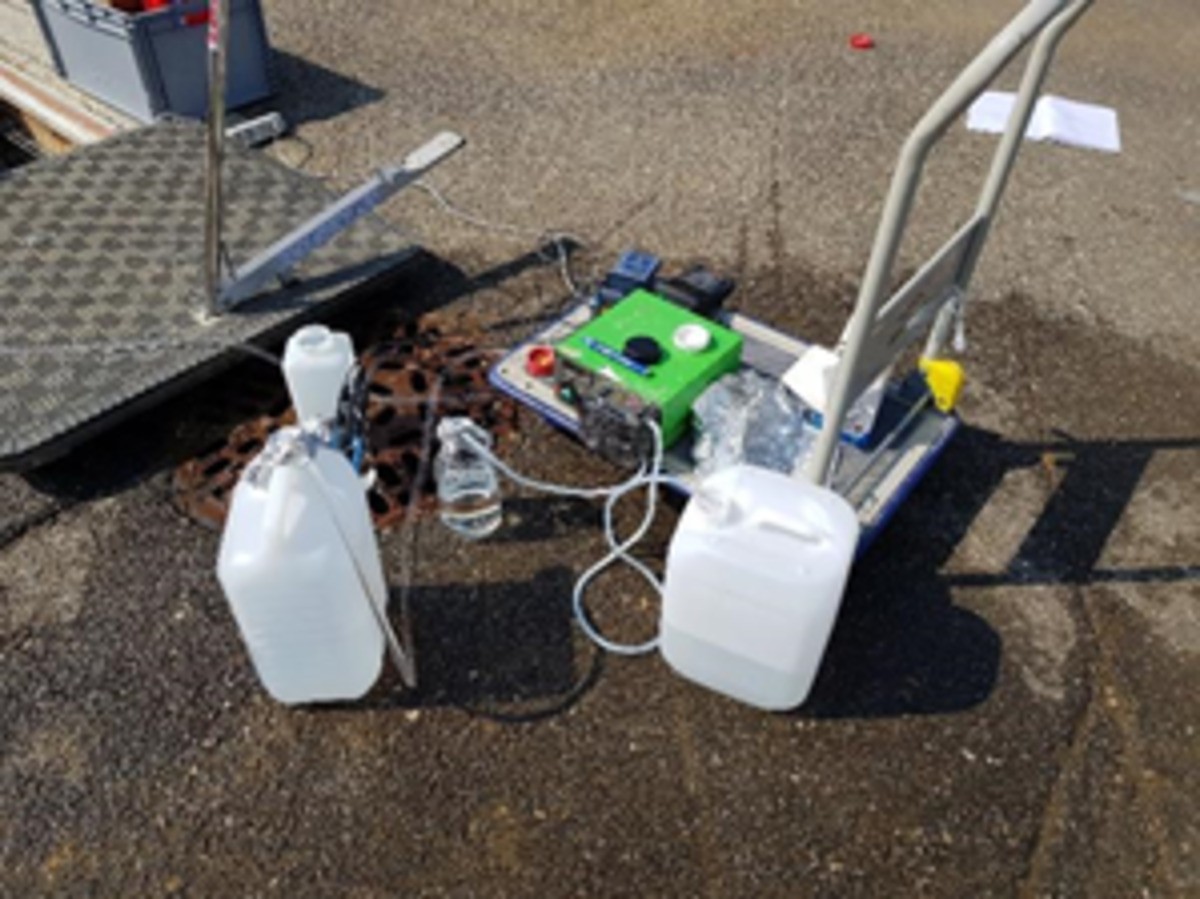 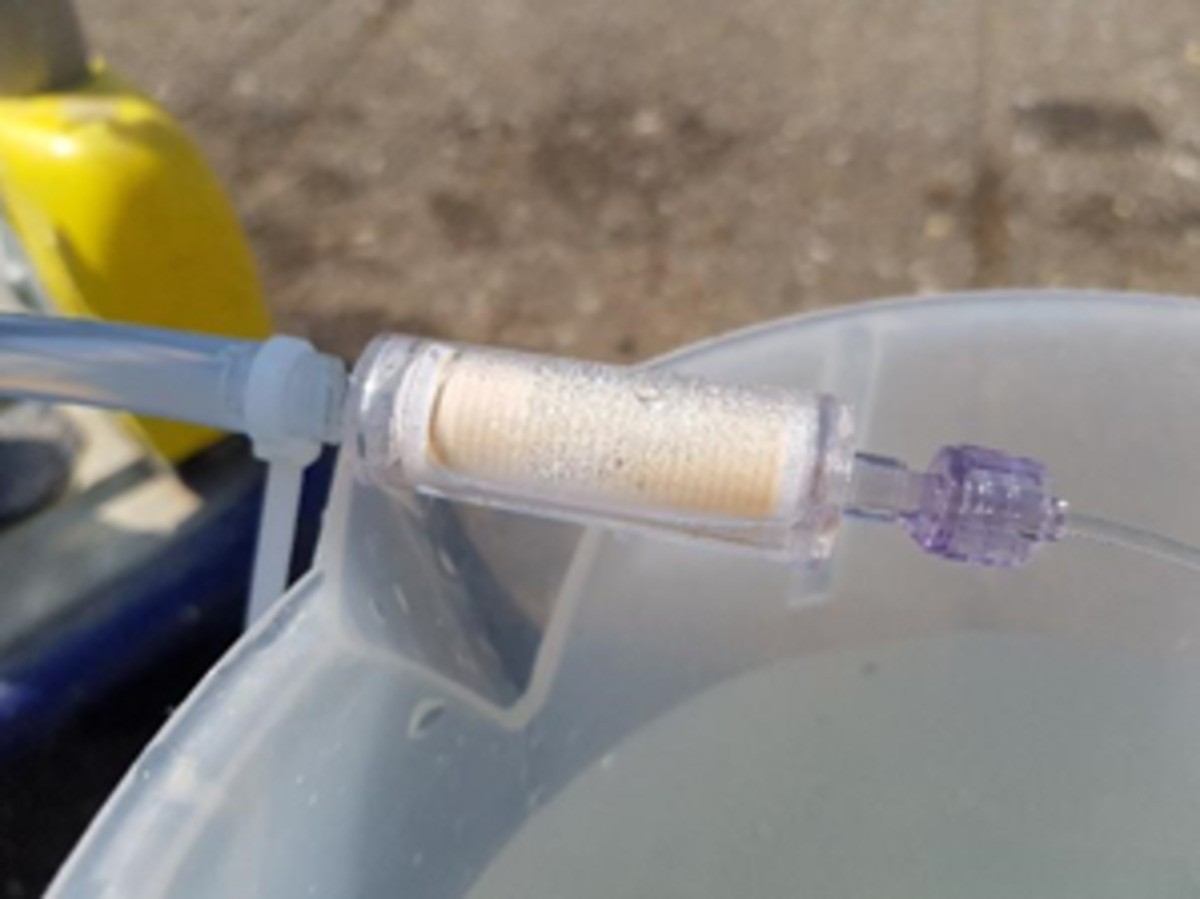 The first results obtained, added to those drawn and the previous studies made it possible to draw up a first inventory of the natural environment: a prerequisite for understanding and interpreting the evolutions observed in the tests carried out in the laboratory.

Laboratory tests on natural water have been initiated, in order to study the influence of temperature on the biogeochemistry of the system, using the BRGM BioREP platform (see Figure 2).

To do this, rock samples from the same well were placed in reactors pressurized to 60 bars (pressure exerted in the natural environment). A continuous flow of water from the aquifer was injected, in a sequential manner, into each of the reactors, the objective being to reproduce the potential operating conditions of the future inter-seasonal heat storage process. To begin with, the reactors were maintained at 30°C (temperature of the aquifer water) for one week. Then, the temperature of one of the reactors was lowered to 10°C (minimum expected temperature in the aquifer), while that of another reactor was increased to 50°C (maximum expected temperature). The third reactor was maintained at 30°C to serve as a reference. The monitoring of biogeochemical processes is carried out:

These tests were completed by mid-September. The analyses are still in progress. 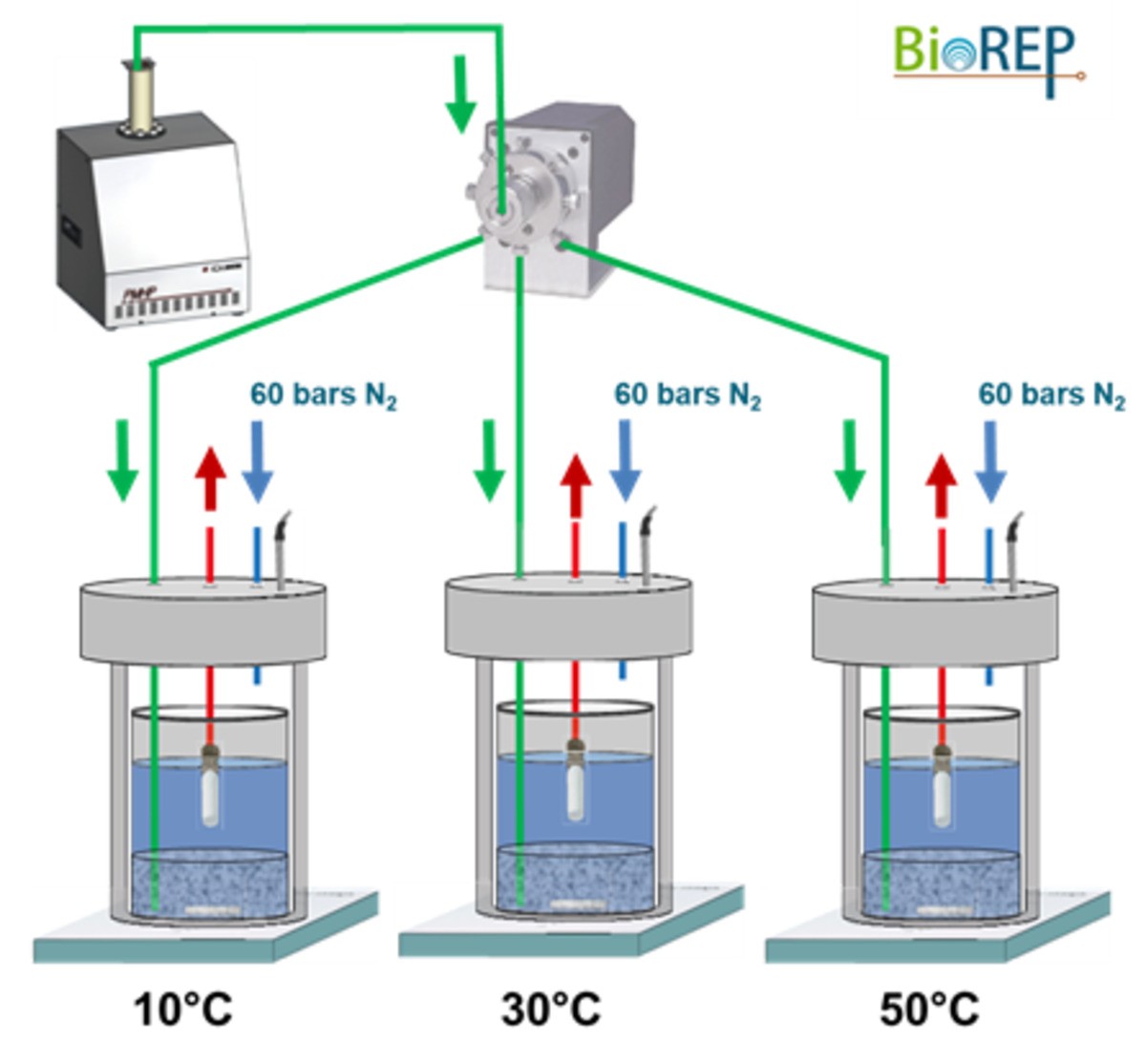 What are the expected results of these laboratory tests?

The monitoring of the evolution of the water and rock composition will allow us to understand which geochemical processes (mainly dissolution/precipitation of minerals) take place as a function of temperature. In addition, the long test period and the filter placed at the outlet of each reactor should allow the accumulation of enough microorganisms for the recovery of microbial DNA and the analysis of their diversity by high-throughput sequencing. Once the biogeochemical processes have been identified in these reactors, it will be possible to extrapolate on the natural environment and the influence of the future process. 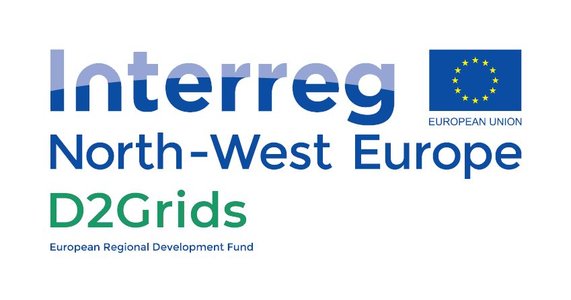 The september newsletter of the Celsius initiative is out ! 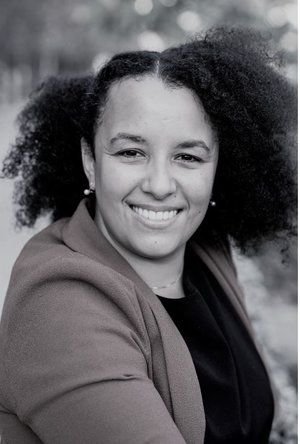