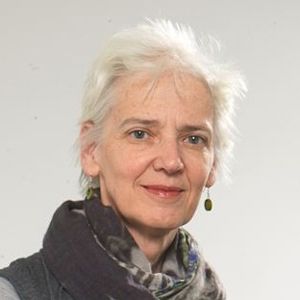 If you attended Plastics in Construction, the ASPB’s third annual conference last month, you’ll probably make a concerted effort never to touch single-use plastic again. The message that came across from the sell-out event at London South Bank University is that avoiding, or at least reducing, the use of plastics in construction is challenging, but essential.

Keynote speaker Emily Penn, an architecture graduate from Cambridge, took a life-changing decision in 2008 when she decided to take her year out in Melbourne, Australia. Hitching a ride on a bio-diesel fueled boat, she was shocked when she dove into the ocean ‘a thousand miles from anywhere’ and found herself in sea of plastic. This jump-started Penn’s unexpected career as an ‘ocean advocate’, campaigning for the reduction of plastics and toxins in the ocean. Penn founded and heads eXXpedition, a not-for-profit which organizes all-women sailing expeditions around the world to study ocean pollution.

Penn’s research revealed the dire knock-on effects of climate change on plastic pollution. Locals struggle to catch fish due to overfishing and struggle to grow crops due to salty soils resulting from sea level rise. These remote destinations resort to the quick-fix solution of imported food, often in plastic containers, but are ill-equipped in terms of landfill, so that plastics, many designed to last forever, end up in the ocean.

This experience prompted Penn to organise an expedition in search of the infamous islands of plastic (the size of Texas or France) often reported in the media. What she found is that these floating islands of plastic are a myth: plastic does indeed float in patches, but the bulk of the 8 million tonnes of plastic dumped into the ocean annually fragment into tiny pieces, smaller than a little fingernail. These pellet-like bits of plastic do not biodegrade; some sink to the ocean bottom and are almost impossible to clean up.

Penn explains that only about 9% of plastic used globally is currently recycled. Easiest to recycle are items made from one type of plastic, but items such as toothbrushes, and many construction products, contain more than one type of plastic, which makes them very difficult to recycle. Penn says this mismatch between product design and material science must be rectified to maximise the possibility of recycling and reuse.

Penn and her colleagues used special sieves to collect microplastics in order to study their chemical composition and try to identify their source. They also attach sensors to track the debris. A further unintended consequence of the explosion in marine plastic is that fish mistake microplastics for food.

Emily underwent a blood test and found that 29 of 35 chemicals banned by the United Nations showed up in her bloodstream. “While the environmental challenge of plastics in the ocean may seem remote, we all already have a chemical footprint which directly affects our endocrine system,’ explains Penn. This led her to recruit all-women crews for her expeditions: journalists, artists, product designers, teachers, marine biologists, chemists, policy makers.

Penn notes that there is no silver bullet to solve the plastic crisis, but her mantra now is AIR: Avoid, Intercept, Redesign. She cites the success of the Adidas Parley line which recycles plastic bottles into trainers and tenniswear, but notes that the trainers themselves will eventually end up in landfill.

Products, and this goes for building products too, need to be completely redesigned so that they are biodegradable and don’t become waste. Currently there is a disconnect between material science and product design. Every sector of society needs to change, so that disposable plastic goes the way of smoking. When it comes to the built environment, Penn advocates more modest buildings which are fit for purpose and celebrate nature. Campaigning to raise awareness is essential to effect regulatory change because the construction sector is ‘policy dependent’ and slow to change.

Innovators in industry who have greater resources for R&D must lead the way, along with consumers who can deploy ‘social power’ to mobilise from the bottom up. Penn’s next expedition, set to depart from Plymouth in October 2019, received applications from 10,000 women across the globe. Please see more here www.oceanchangmakers.com and www.emilypenn.co.uk. 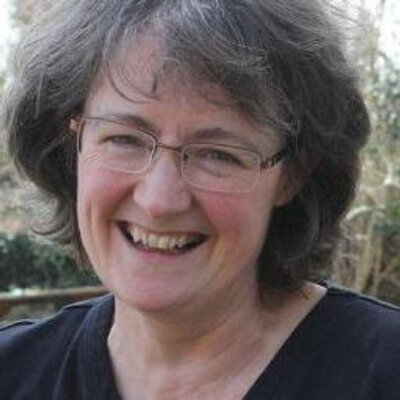 An excerpt from a summary article written by Kate de Selincourt, freelance journalist and regular contributor to Passivhaus Plus magazine.

The ASBP’s 2019 Healthy Buildings Conference and Expo focused on plastics in construction. After the awe-inspiring and alarming presentations of the morning, described by Hattie Hartman above, in the afternoon the audience learned more about the way plastic and its breakdown products can enter, and potentially harm, our bodies – and about ways people in construction are working to reduce plastic’s impact.

Ben Humphries from Architype and ASBP Board member was particularly concerned about the impact of PVC, a product the firm endeavours not to specify: “PVC is made from toxic ingredients, it off-gasses toxins in use, and it is toxic to dispose of,” he said.

He quoted the Centre for Health, Environment and Justice, which calls PVC “the most toxic plastic for children’s health and the environment”, and shared some recent research from the US on how compounds from PVC appear to get into children’s bodies. In homes with all-vinyl flooring, concentrations of the benzyl butyl phthalate metabolite in the children’s urine were 15 times higher than for children living in homes without any vinyl flooring. “Yet PVC is so often specified in nurseries!” Humphries added.

Professor Anna Stec from the Centre for Fire and Hazard Science at the University of Central Lancashire, who spoke at last year’s event, reminded the audience of just how toxic plastic is when it burns. Widely used synthetic polymers (derived from oil) burn more quickly when compared with natural materials (wood, wool, cotton, leather, etc.); they also generate more smoke and toxic effluents. Fire toxicity, from asphyxiants carbon monoxide (CO) and hydrogen cyanide (HCN), is known to cause the death of most fire victims in the short term. When a product contains halogens such as chlorine or bromine then fire irritants such as hydrochloric or hydrobromic acid will be also released.

Plastics are found in buildings in large quantities, in furnishing and contents, and in the structures themselves. And yet, as Professor Stec pointed out, while the products are tested and regulated for various fire characteristics (time to ignition, fire spread etc) the toxicity of smoke – which is actually the biggest killer in fires – is not regulated. Her department has studied the combustion behaviour of a range of different plastics commonly found in buildings, and she explained how the chemistry of different plastics altered the characteristics of the smoke.

Plastics containing nitrogen (such as polyurethane, or polyisocyanurate foams) give off hydrogen cyanide (HCN) when they burn. Asphyxia – or oxygen deprivation – is caused the inhalation of CO which binds to haemoglobin in place of oxygen, and by HCN which prevents oxygen uptake by cells. Oxygen deprivation results in confusion, loss of consciousness and eventually death. If CO is the only toxicant, death occurs between 50-80% COHb. Before that, exposure to 200 ppm HCN for just 2 minutes leads to incapacitation, said Professor Stec.

Polystyrene meanwhile contains little or nothing in the way of nitrogen or halogens – however, it burns very rapidly and when it does, releases huge quantities of dense black smoke, making it very hard for people to breathe or to see.

It is mandatory in the UK for plastic furniture and insulation to be treated with flame retardant. Although the intention behind treatment with flame retardant is to save lives, Professor Stec has also concerns about their use. Some of the halogenated and organophosphorus flame retardants do not stay in the products. They appear in household dust – which, as the audience in the morning heard from Dr Stephanie Wright, finds its way into our bodies.

Secondly, Professor Stec is concerned that while flame retardants do indeed inhibit the spread of flame, they do not necessarily inhibit the production of toxic smoke – in fact, her research has shown that some halogenated fire retardants dramatically increased the production of hydrogen cyanide from burning a sofa, meaning that occupants of a building may have less, rather than more, time to escape. As Professor Stec has warned, the long-term effects of the toxins generated in fires are particularly concerning for people who are exposed repeatedly through their work: firefighters, forensic investigators and clean-up teams.

To find out more about the Alliance for Sustainable Building Products and view the conference presentations, visit www.asbp.org.uk.