The outlook of the geothermal sector looks positive, despite COVID-19 disruption, so the geothermal decade has definitively kicked off - EGEC - European Geothermal Energy Council

Brussels, 2 June 2021 – 2010-2020 was a decade of sustained growth disrupted at the end by the economic impacts of the COVID-19 pandemic. While the effects of the crisis should be short term, the growing interest for geothermal energy in Europe is expected to boost investment in the sector. These findings come from the European Geothermal Market Report 2020 published today by the European Geothermal Energy Council (EGEC).

Miklos Antics, EGEC President, said “Since the first EGEC Market Report back in 2010, the European geothermal sector grew and transformed: we have seen bad policy decisions stop its rapid growth in several key markets, but we have also seen this technology becoming mainstream with geothermal heat pumps over the last decade. The present decade challenged us with a difficult and complicated start. We are however confident that we have just started the Geothermal Decade, and that rapid growth awaits the geothermal sector.”

Philippe Dumas, EGEC Secretary General, said “The past 10 years highlight how rapidly the geothermal sector can evolve, having witnessed the rapid emergence of leading geothermal countries in heating and cooling, such as the Netherlands and Germany. However, the past decade also tells a story of missed opportunities, with a few countries not living up to the expectations of 10 years ago. This is mostly due to unsuitable policy decisions, lack of recognition of its huge potential and insufficient awareness about its competitiveness.” 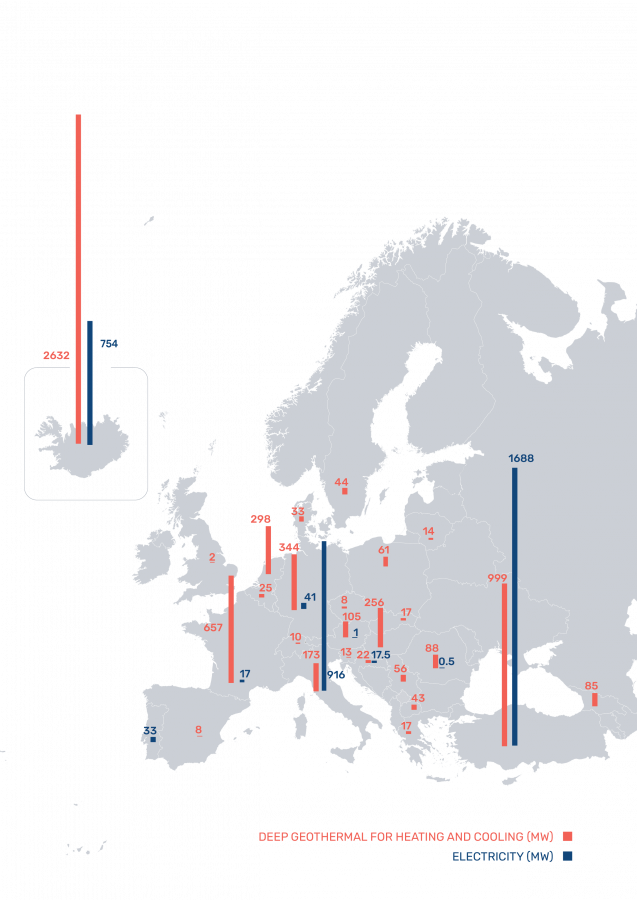 Fig.1 | Installed capacity for geothermal electricity and district heating by country in 2020 (MW)

In 2020 there were 350 geothermal district heating systems in operation, and a further 232 in various stages of development. However, 2020 is defined by (...)