- Is an example that illustrates the participation and cooperation between different actors in the decision-making process - a cross-cutting issue that is essential for the definition and implementation of policies and actions related to sustainable development.

- Integrates perfectly within the city: The people of Zurich voted in favor of sustainability in the votes on the 2000-watt society, the urban initiative and the construction of community housing.  More than half of all households do not have a car, and with 4200 watts per capita, energy consumption is below the national average.

- Ensured the various principles of sustainable development, namely energy efficiency, social and functional mix, eco-design, a reduction of the role of the car, a palpable identity.

Greencity is located in the southwest of Zürich (Kreis 2). The site, a small island of about 8 hectares, is bounded by the Sihl and the Allmendstrasse (main road between Zug and Lucerne).

The railroad line divides the site into two parts. Greencity, with the Manegg station, is located in the eastern part of the site and has its own S-Bahn stop, less than 7 km from the city center. The district is close to the A3 freeway and the junction with the A1 and the east portal of the Uetliberg tunnel.

The Manegg area was changed from an industrial zone with commercial and service (IHD) approval to a central zone (Z5) with a design plan requirement. The Manegg Design Plan with Environmental Impact Assessment, which went into effect in 2011, regulates key use, usage, open space and circulation criteria.

The planning principles of the area are recognized and supported by both the City of Zurich and the landowners and form the basis for the implementation of planning law and subsequent building projects. The city and the private sector are working together for sustainable development of high urban quality.

Green: for the proximity to nature, the many green spaces and the concept of sustainability.

City: for the urban lifestyle and the quality of the infrastructure.

Greencity is particularly environmentally friendly, both in terms of energy and resources. Built according to the principles of the "2000 Watt Society", the residential buildings meet the requirements of Minergie (renovation), Minergie-P-ECO and the office buildings LEED Core & Shell Platinum.

In Switzerland, Losinger Marazzi SA is a leader in real estate development and in the Total and General Contracting business. It is characterized by the comprehensive and innovative solutions in the areas of financing, design and implementation.
Built by Losinger Marazzi SA on land managed by Sihl-Manegg Immobilien AG, this project aims to transform a brownfield site into an attractive mixed-use district. Several milestones have already been been achieved: the development plan for Manegg's, which aims at a quality restructuring, was finalized in 2002. At the beginning of 2011, the district plan was developed and the private development plan was implemented. The complementary development plan was validated by the Zurich City Council in 2013 and the construction was scheduled to begin in mid-2014.

Although the built density does not give any information on the level of population concentration nor on the activities that take place on this space (ADEME - dense-sustainable-desirable city), Greencity has an "average" built density of about 2.2.

The rehabilitation of this former industrial wasteland has been an opportunity for the city of Zürich since it has allowed it to reinvest the site with high potential in order to optimize the urbanized space, fight against land artificialisation and meet the needs of depollution and densification.

The city of Zürich, with its choice to preserve and rehabilitate the old spinning mill, wanted to enhance the historical, cultural and architectural heritage of the site. This approach plays on the feeling of belonging to the district and on the quality of life. The spinning mill is the anchor of the project.

Great care has been given to the architectural quality of the housing buildings, offering bright apartments with a generous outdoor extension and promoting neighborhood life. Ten architects were selected in order to ensure architectural diversity diversity within a predefined urban planning.
The buildings are built on the basis of the Minergie-Eco label, which defines not only the normative requirements of the materials to be used and the energy thresholds to be reached, but also numerous rules applicable during construction to reduce the ecological footprint left by the implementation of the site. (Green roofs, rainwater recovery, thermal insulation, double flow ventilation, ...)

The history of cooperative housing goes back to the beginning of the 20th century, in the midst of industrialization, for the creation of cheap and healthy housing. These cooperative housing units combine housing and work with local shops and services such as crèches, laundries or infirmaries - all managed by the residents.

The municipality retains ownership of the land but makes it available for several decades while guaranteeing the bank loan. The rental price of these homes is 20% below the market price, a popular model in the city with high rents.

In 2011, the population decided that the share of public utility apartments in rental housing should be increased by one third by 2050. At the initiative of the city of Zurich (a prerequisite for the city council to approve the Sihl-Manegg district plan) and in order to achieve this goal, 4 cooperatives invested in the construction of 3 cooperative buildings offering 230 units, or 31% of the total housing units in Greencity.

This complex, completed by 1,120 m² of commercial space, is located in the center of the district near the renovated spinning mill, between the two squares Maneggplatz and Spinnereiplatz, and the future school.

With the arrival of new residents and the demand for services, local shops and work will increase.
To achieve this, Greencity combines residential buildings with office buildings, shops, a hotel and a crèche, creating a dynamic and pleasant environment that gives residents greater autonomy.

Greencity has distinguished itself by the intensive use of recycled concrete(RC) for the construction of the five buildings of the first phase. Its share represented 75% of the concrete used.

In Sihl-Manegg, the demolition and production of the concrete took place on site, which allowed RC to compete economically with conventional concrete. Thanks to this initiative, more than 38 tons remained on site. In terms of road traffic, this approach avoided the circulation of more than 500 trucks and therefore limited the CO2 emissions during the site release phase. It has also made it possible to reduce the production of gravel (important for the manufacture of concrete) an exhaustic natural source and especially important in the filtering of groundwater.

Thanks to the Manegg bus stop and its own S-Bahn station, the district is only 6 minutes from the city center, and it takes only 11 minutes to reach the main train station.

Individual motorized mobility:
Motorized vehicle access is to the north of the site via Maneggstrasse, accessible from the main road and leading to a level crossing.
- 0.7 PP per apartment = 2.5 people
- 1 PP per 100 m² = 4 jobs
- 4 carsharing parking spaces
- Charging stations for vehicles

The implementation of an intelligent infrastructure for electric mobility that allows the simultaneous charging of several cars ensures energy efficiency. The private charging stations (100) are activated by a contactless card. The bill is sent directly to the users of the infrastructure.

New tool for the modern, connected home: It monitors the production and distribution of electricity to better manage its consumption.
Since mid-June 2017, the Greencity App (thanks to the Losinger Marazzi/ eSmart Technologies/ qipp AG partnership) has been available to help the first residents learn about their energy consumption and compare their data with the neighborhood average.
This application promotes exchange and encounters between residents by providing them with practical information about their homes, buildings and environment. Indeed, the respect of the objectives of the different labels is also the responsibility of the inhabitants.
A total of 729 homes are equipped with the Greencity App.

Additional equipment is installed in the condominiums (239): The additional integration of eSMART modules in this application allows the display of energy consumption (electricity, hot water, cold water, heating) the regulation of heating and a control of equipment from a tablet or a mobile phone.

Apart from the effort made on the energy performance of the buildings (external insulation, airtightness of the envelope and double flow ventilation), Greencity is supplied with 100% renewable energy for heating and cooling.

Three sources of renewable energy:
- Heat pump: Water from the neighborhood's water table, captured in six wells, ensures its operation.
- Geothermal: 215 geothermal probes at a depth of 220 meters.
- Solar energy: Photovoltaic panels installed on the roofs cover part of the electricity needs of the heat pumps and the tenants.
(This is necessary due to the size of the site and its geological situation: located on a water table and in a geothermal zone).

Peak consumption is covered by biogas (2%)

Built according to the principles of the "2000 Watt Society", the residential buildings meet the requirements of Minergie (renovation), Minergie-P-ECO and the office buildings LEED Core & Shell Platinum.

After having known an industrial past marked by the construction of the spinning mill and the ceramic factory and then the manufacture of paper since the 19th century, the site of Sihl-Manegg represented a great oppurtinity to reinvent the district.

In a period of change and in response to a growing population and rising rent prices, the city of Zurich with its partners ( companies, associations, elected officials) has committed to take up a challenge by designing an eco-nighborhood that best meets the challenges of the sustainable city with its three components: social, envrionmental and economic.

The various labels (2000 watts site, 2000 watts society, LEED, Minergie and Minergie-P-Eco) constituted a challenge for this new district since they targeted all the stages of the project, i.e. committment construction, delivery of the project and the life of the district and its continuous improvement with and for its users. 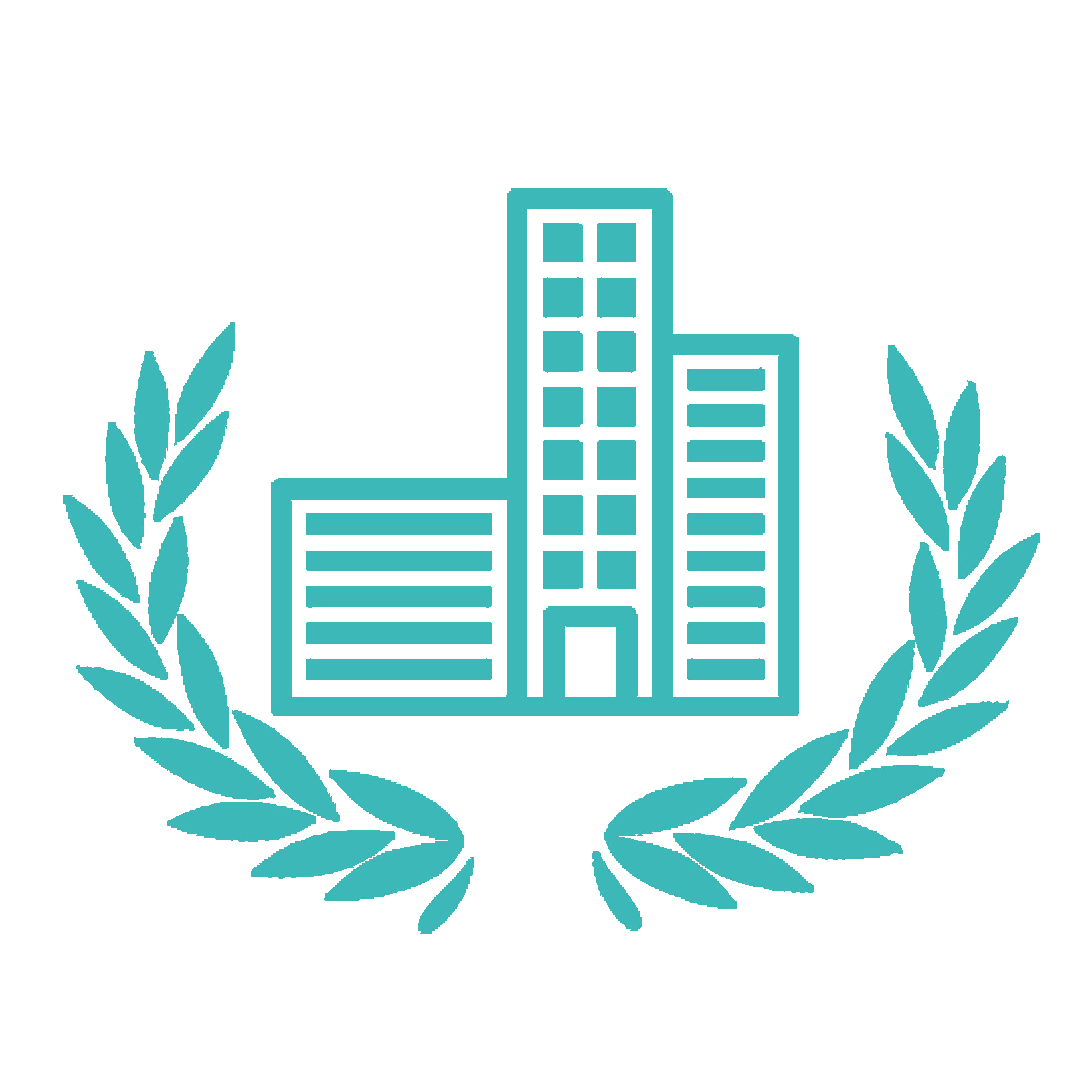