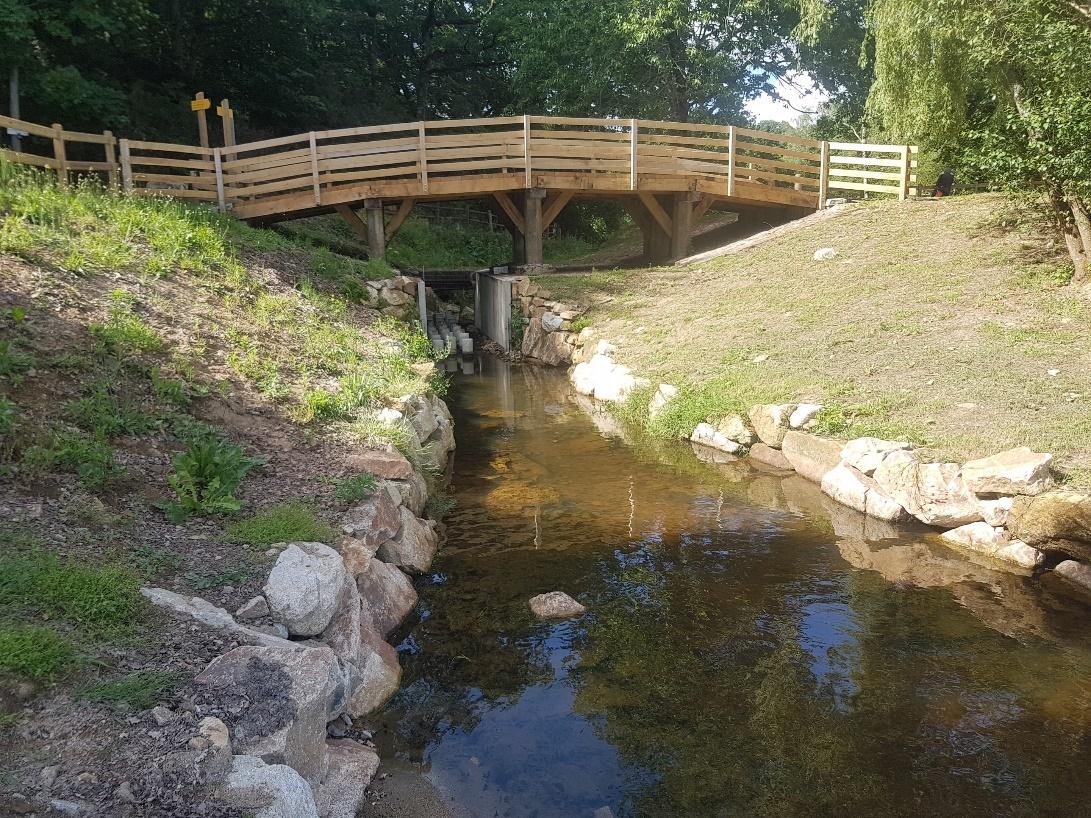 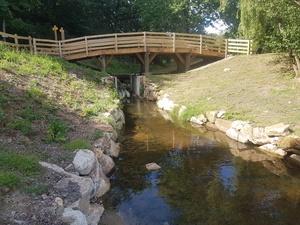 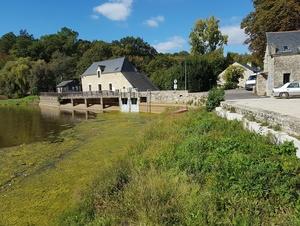 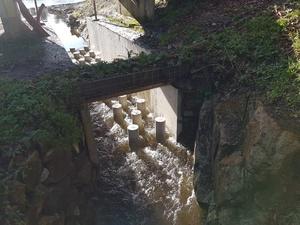 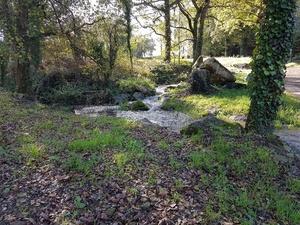 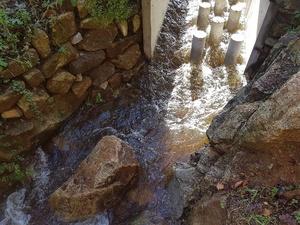 ​The renovation of this tourist equipment of importance for the territory, was built around two operations of ecological reconquest:One concerns the water quality of Moulin-Neuf where the presence of cyanobacteria thwarted swimming. This blue alga feeds on nitrogen and phosphate molecules and has an irritating effect on the skin. Based on a natural purification experiment, the action consisted of lowering the level of the water body to create wetlands and allow the vegetation to settle on the exposed areas. Thus, the water from the sources that feed the pond will be partially cleared of nitrogen and phosphorus, the very ones that pollute the waters of the pond. Nearly six hectares of the site remain in wet meadows whose role is to cut down the nitrogen and phosphorus levels.
800 m³ of sediments were reused in the softening of the banquettes and served as a breeding ground for the site-adapted helophytes. In addition, new valves (2 surface valves and a bottom valve) were installed with automated control to maintain the new water line lowered from the water body and to promote flow in the bypass river.

The other operation consists in creating a river bypass of the Mill, integrating a fishway (target species: eels and salmonids), by digging in an arm of discharge by which the lake was released in case of flood. The company CHOGNOT has thus realized the following works from upstream to downstream:
The economic benefits for the territory:
These developments of the Saint-Gatien River constitute a new tourist attraction for the pond of Moulin Neuf. Especially for the improved fishing activity, but also for the bathing activities that become possible again.