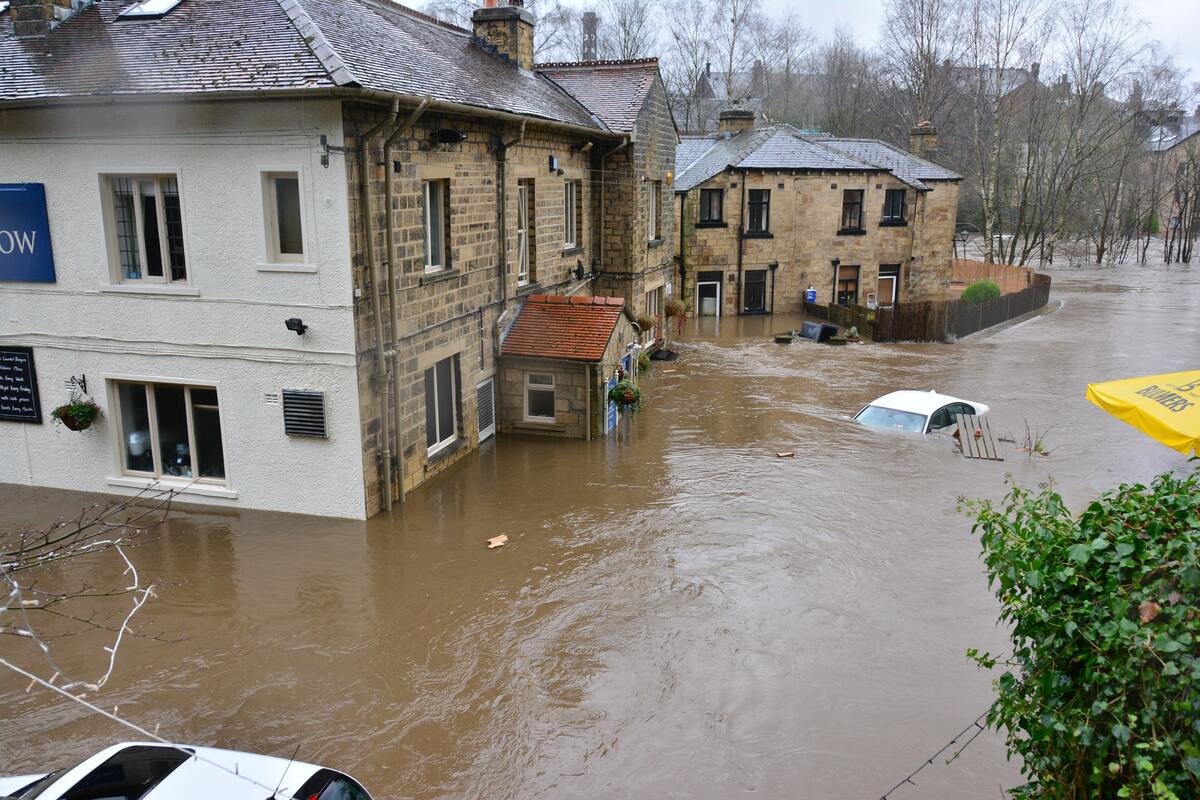 As the floodwaters rose in Southeast Queensland last week, my phone buzzed with texts from friends. We compared this event with the last catastrophic flood of 2011 and tried to calculate whether our homes would be affected this time. I live in Ipswich, not far from the now-flooded Bremer River.

I’m also an expert in the history of natural disasters, including flooding in Brisbane. I watched with interest as social media struggled to keep up with continuous updates on flood levels and photos of rapidly rising water. News reports also made constant references to the 2011 Brisbane floods.

This time, the floodwaters stopped at 3.85 metres at the Brisbane gauge in the central business district – less than the 4.46m peak in 2011. Many homes flooded this year that didn’t flood in 2011 – notably in the northern suburbs of Ashgrove, Windsor and The Gap. Meanwhile, homes in the western suburb of Bellbowrie flooded in 2011 but escaped this time. But why?

As hydrologists will tell you, no two floods are the same. The water may follow familiar paths, but natural and human factors alter flood behaviour each time.

How the rain falls

Rainfall intensity is a key factor in determining the extent of “runoff” – water that flows over the ground rather than soaking in. Heavy rain falling in one hour has a much greater runoff ratio than if the same amount falls over a week.

Last month’s rain was similarly unrelenting, when 611.6mm fell between February 25 and 27. For perspective, Brisbane’s annual rainfall is 1,149mm. That intensity and volume of rain in one weekend meant flooding was inevitable but very hard to predict.

Where the rain falls also matters. In 2011, heavy rain fell upstream of Wivenhoe Dam. But in 2022 vast quantities fell downstream of the dam, including on the Bremer River and Lockyer Creek, where there are few flood-mitigation structures to manage the extra water.

The adequacy of stormwater infrastructure, such as gutters, drains and pipes that carry water away, also influences the extent of flooding.

Across Southeast Queensland, many local stormwater systems could not cope with the heavy rain, causing overland flow that flooded houses. The problem was particularly acute in some suburbs that received about a metre of rain over three days.

What’s happening in the river catchment?

People have compared this year’s Brisbane floods with 2011, but they are in fact more similar to the 1974 floods.

The Brisbane River catchment is a complex network. It comprises three rivers – the Stanley, Brisbane and Bremer – and many creeks, the largest of which is Lockyer Creek. Heavy rain can cause any, or all, of these rivers and creeks to flood.

In 2011, rivers were the biggest cause of the floods. But this year, while Ipswich and Brisbane experienced river flooding, suburban creeks caused the most extreme flooding, just as they did in 1974. This was because rain fell heavily throughout the entire catchment, filling even the smallest watercourses.

For example, Ithaca Creek last month flooded the suburb of Ashgrove for the first time since 1974. Kedron Brook flooded Windsor and The Grange, which were left dry in 2011.

And rain filled the Enoggera Reservoir to more than double its capacity, overfilling the Fish and Ithaca creeks and flooding the suburb of The Gap.

Humans can significantly influence the extent of floods. Every time a tree is felled, wetland drained or land developed, the local flood risk is potentially heightened.

Housing estates are built densely – small subdivisions occupied by large houses. And homes are constructed on slabs, rather than elevated to allow water to pass underneath.

Soil and vegetation can absorb water and slow the rate of flooding. But impermeable surfaces such as roads, footpaths and carparks increase surface runoff.

History can help us measure the likelihood of flooding and prompt us to prepare, but it’s not that simple. Past experience can also confuse and reduce the perception of risk.

Developers have been allowed to increase the urban footprint and density throughout southeast Queensland. This has created more hard, impermeable surfaces and replaced absorbent green spaces, increasing the likelihood of flooding.

This comes as climate change is predicted to increase the frequency and intensity of floods, and make flood predictions more difficult.

We can’t directly control the rain, but we can change how we respond to future flood hazards.

Margaret Cook is the author of A River with a City Problem: A History of Brisbane Floods.

Margaret Cook, Lecturer in History, University of the Sunshine Coast