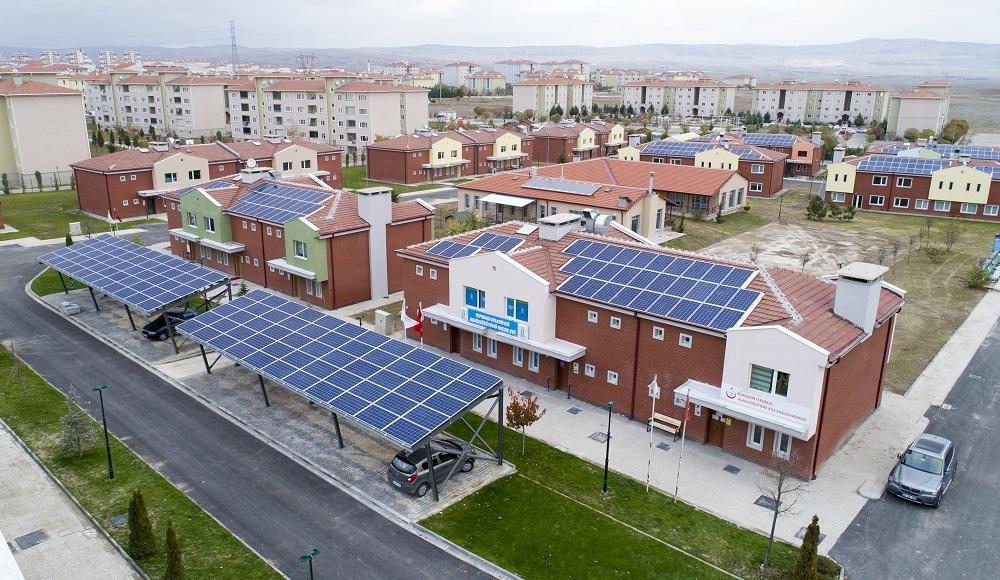 An urban district in western Turkey is trialling a smart lighting system in a bid to cut energy bills and be more ecological.

The Yaşam Köyü District in Tepeba, north-west Turkey has deployed a new intelligent lighting system along four of its streets. Although built in 2007, this residential district doesn't live up to Turkey's most recent energy-efficiency standards. The smart lighting is therefore one way to help remedy this.

The new lights automatically dim when there is nobody around and turn brighter when movement is detected. A total of 46 dimmable light-emitting diodes (LEDs) now shine down from their 3.5 metre decorative garden lampposts in the district.

Murat Aksu, director of Tepeba??'s EU Coordination Centre, explains: "Our municipality is keen to increase the use and roll-out of smart lighting as a way to improve pedestrian safety and walkability while contributing to the fight against climate change. The trial in Ya?amköyü District is a step in that direction."

The system uses 25 W LED bulbs operating at 700 Lumens, which are more reliable and more energy efficient than conventional high-pressure sodium bulbs. Light is regulated in accordance with people's presence in the street. Pedestrian crossings and other priority areas are always lit up while other places can be dimmed when nobody is about.

"This smart lighting perfectly balances the citizens’ need to feel safe by ensuring well-lit public spaces, while cutting back on the district's overall energy costs because the amount of light used constantly adapts to the real-time situation," continues Murat Aksu.

The trials are being undertaken as part of REMOURBAN, an EU-funded project aimed at producing sustainable urban regeneration models for towns and cities to follow in their efforts to become more ecological and citizen-friendly. The project focuses on combined mobility, ICT and energy solutions.

Under the project, Tepeba?? is also carrying out other tech and non-tech interventions such as introducing alternative fuel vehicles, district heating and citizen engagement. Similar measures have taken place in two other cities, Nottingham (UK) and Valladolid (Spain). Together they act as Lighthouse Cities, producing actionable models for use in cities beyond the project.

Smart lighting systems ultimately pay for themselves thanks to reduced energy bills and maintenance. The lampposts and the apps housed within them can be used for other purposes such as air quality and traffic sensors. Tepeba?? is contemplating installing broadband Wi-Fi in the lampposts at a later stage.

#21 The headquarters of the Guadeloupe National Park (REX)

In general terms, the Internet of Things (IoT) refers to the allocation of unique identifiers (such as IP addresses) to physical objects. Those identifiers enable objects to connect to a network allowing the transfer of data to and (...)