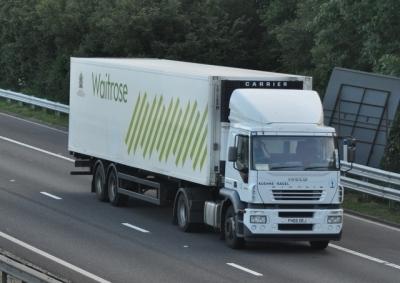 UK retailer Waitrose is taking part in a new study to demonstrate the benefits of using bio-methane to fuel its trucks.

The popular supermarket has partnered with CNG Fuels to test the performance of 58 trucks designed to run on the renewable material.

A new station will be used in Northampton, near to Waitrose’s main distribution centres, which will be able to refuel 350 trucks a day.

Six of the trucks will be simultaneously trialling the benefits of an electric refrigeration unit powered by the cleaner engine. This is crucial as an estimated 18 percent of its fleet emissions come from having to power these separate units.

Bio-methane is formed through the natural breakdown of food and animal waste.

The project is being part funded by the UK Government’s Office for Low Emissions Vehicles and a team from the University of Cambridge will analyse the results. It is hoped that more major HGV operators, such as Waitrose, will make the switch to more low-carbon forms of fuel.

Justin Laney at the John Lewis Partnership, which owns Waitrose, added: “We’re committed to reducing the emissions from our fleet. This study will help us quantify not just the carbon emissions reduction of using bio-methane, but also the benefits of using our industry-leading clean refrigeration equipment which we expect to show significant benefits for air quality.”

The UK has so far made slow progress in adopting cleaner forms of fuel in the transport sector. While 30 percent of all electricity comes from renewable sources, a mere 4.6 percent of the fuels in transport are renewable, according to the latest Government data.