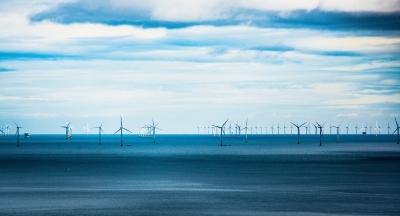 The UK has confirmed it will open new auctions to build renewable power projects in May 2019.

Government contracts are valid for 15 years and support the country’s push to low-carbon power in a cost-competitive way. The last auction in 2017 saw offshore wind sweep the board with new projects winning most of the available funding at record-low prices.

The Energy Department also confirmed that auctions will occur every two years with the following auction taking place in 2021. This provides much-needed certainty for large-scale projects, such as offshore wind, which have long lead times.

Trade body RenewableUK estimated that the auctions would help double the amount of offshore wind power in the UK by 2030. This would mean a total of around 30 gigawatts (GW), providing 20 percent of all power. The UK is currently the world leader in offshore wind with 7 GW installed, providing 6 percent of power.

Chief executive Hugh McNeal said the news was “a ringing endorsement” of the offshore wind industry and will help billions of pounds in new investment.

“This is good news for domestic supply chain which can look forward to a pipeline of new offshore wind projects that will support tens of thousands of jobs across the UK,” he added.

Other leading companies in the offshore wind industry responded with enthusiasm at the news. Clark MacFarlane at blade manufacturer Siemens Gamesa said: “This is a positive commitment from the government, which will see offshore wind playing a bigger part in the UK energy mix in the next decade.”

Danielle Lane from Swedish energy company Vattenfall added: “We welcome today’s announcement of political support for the British offshore wind sector. At a time of uncertainty, providing visibility of future auctions will help support investment in clean growth and further drive down the cost of offshore wind”.

Mainland onshore wind and solar are excluded from competing in the auction as they are deemed to be mature technologies.