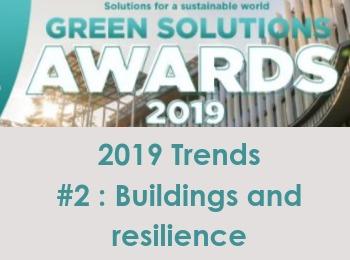 Second opus of our trend analysis of the 2019 Green Solutions Awards. A short tour in warm climates, where building resilience and adaptation are essential.

2.1. The resilient building: a reality

The construction resilient buildings goes beyond the trend, it is now a necessity. Awarded last year, but present in an anecdotal way, natural ventilation is strongly promoted this year. It is mostly in the category of warm climates of course, but also in temperate climates. The aim of the stakeholders is to reduce the adoption of air conditioning units from the time they are built or afterwards, as in Les Mahots, where the unfavorable bioclimatic orientation of the site has been offset by the use of vegetation.

In addition, renovation and rehabilitation are two important trends that respond to the need to reduce the extension of cities when they are already established. On the African continent, the use of traditional materials and the transmission of know-how are two keys to meeting climate and social challenges. One of the best examples is the shopping and handicrafts center proposal in Konséguéla, Mali. 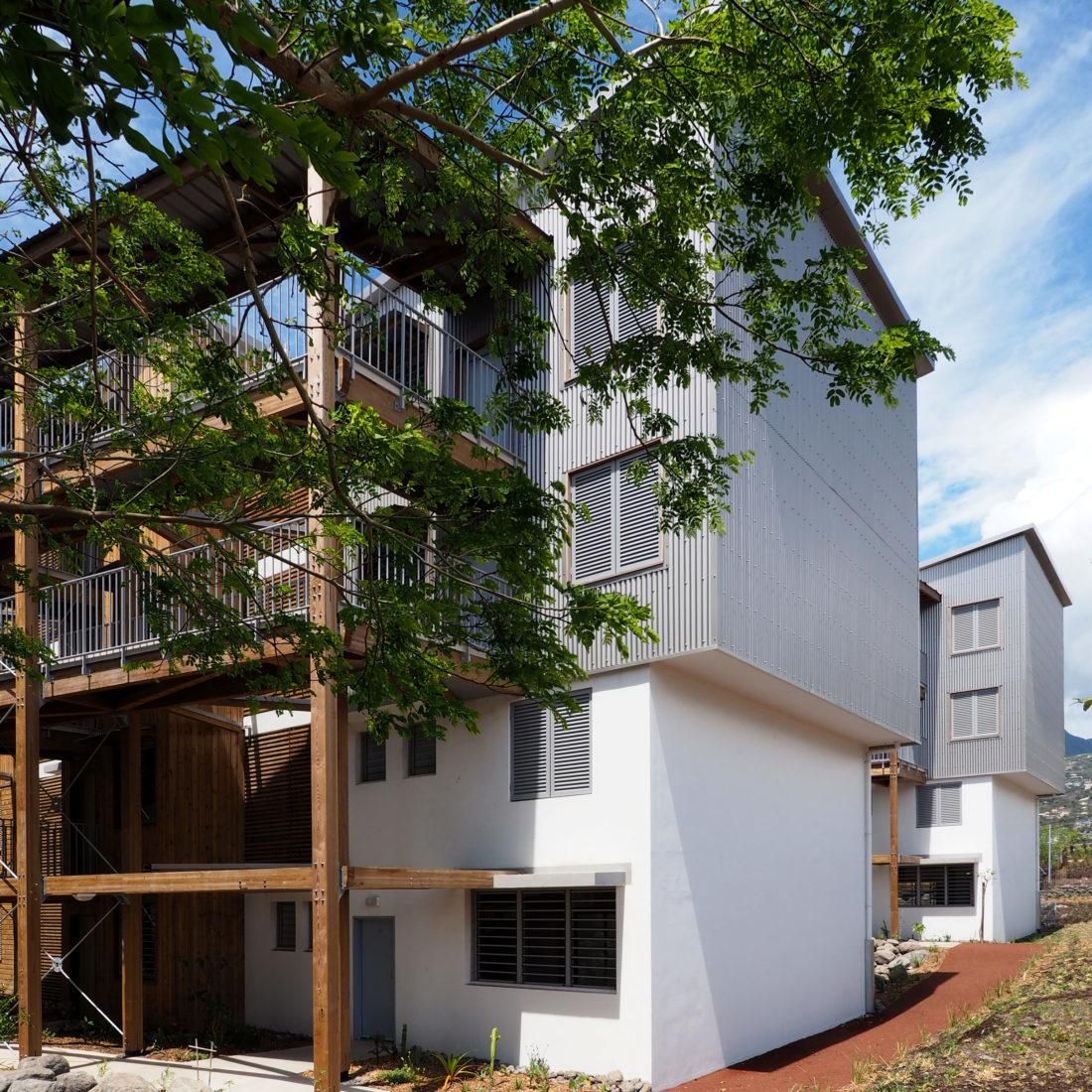 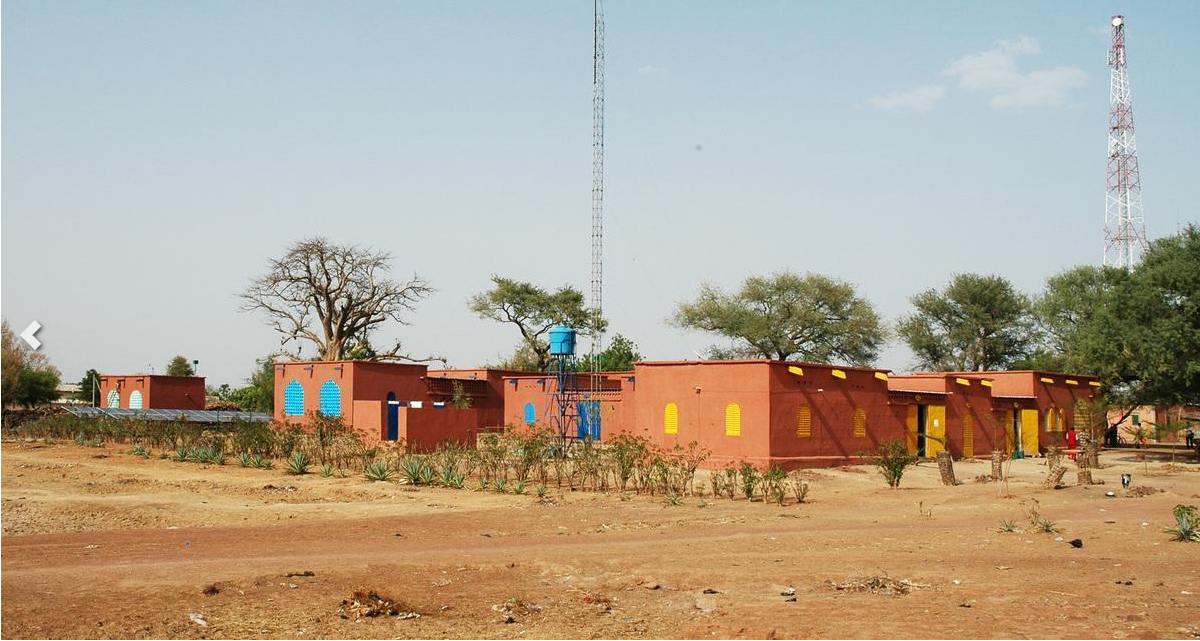 2.2. The absent express themselves

Nevertheless, in tropical or desert climates, it is difficult to ignore the difficulties of those who are absent, if we talk about resilience. Among the main concerns remain insufficient resources and, in the particular case of France, too slow progress in legislation.

By means of this, we mean economic, but also professional training and changes in attitudes at the level of project management and project management. Build a resilient building today in a warm climate is not a significant additional cost, but many tenders are not ambitious enough on this point. If they are, the lack of technicians and skilled labor remains a barrier.

In France, legislation is far too standardized in the overseas territories. Thus a Guyanese building must resist winds and land movements that are absent on site, while taking into account the increasingly recurrent floods remains marginal.

Finally, only a few cases have been proposed concerning seismic risk, as in Chile, that do not necessarily correspond to a true local market economic logic. For general public designs in hot climates, better distributed concrete, smaller windows, less energy consuming air conditioning or light coloured roofs remain the rule when the sustainable aspect is mentioned. While it is of course necessary to massify these simple solutions, we can nevertheless deplore the virtual absence of truly innovative projects in regions of the world where the stakes are high.

Troni Brien House in the mountains 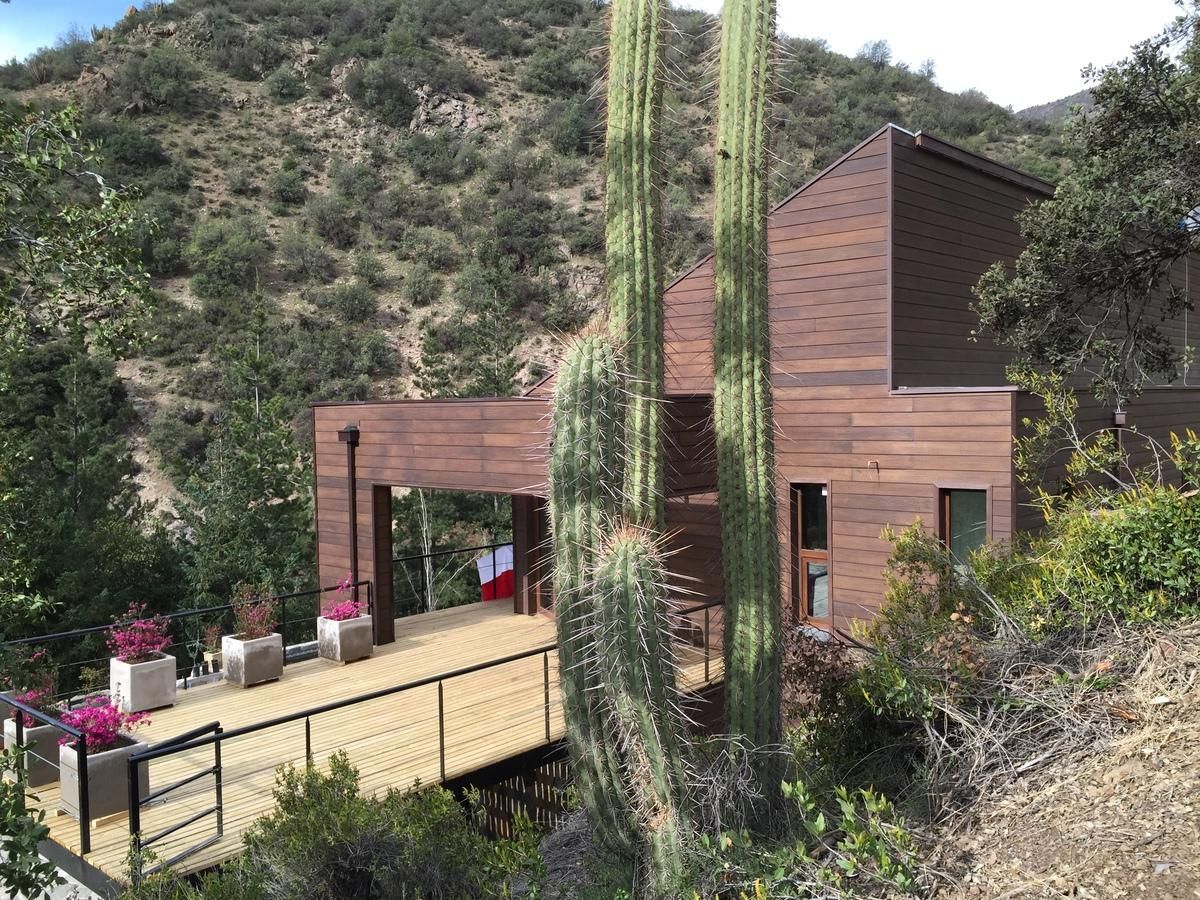 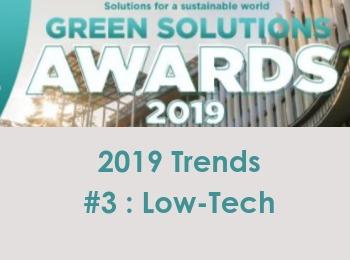 Read the next article on GSA 2019 Trends