The suburbs can help cities in the fight against climate change 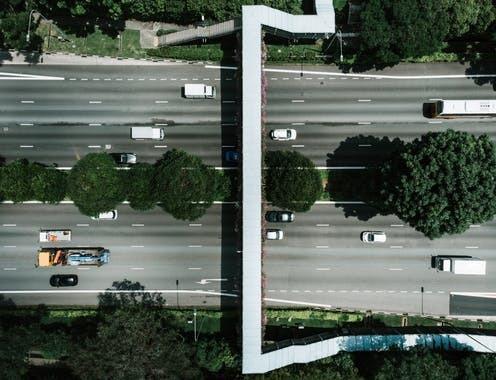 The edges of cities around the world are being devastated by fires and floods. It’s drawing attention to suburban residents and the role they’re playing in exacerbating their exposure to climate change risks. But instead of focusing on the suburban way of life alone, planners and policy-makers need to focus their attention and actions on what holds it all together: the “brutalscape,” which is comprised of the infrastructures that enable suburban life.

Yes, today’s suburban lifestyles are grossly unsustainable as a rule. At its most extreme, suburban settlement in ecologically sensitive areas is clearly reckless.

But can we afford to caricature the suburbs and their inhabitants as dreamers living in a nightmare?

The suburbs are burning

In Australia, the bush fire season has started earlier than usual this year, and climate change is the primary driver. Suburbs across the states of New South Wales, Queensland and South Australia have been burning. And so have their Canadian and Californian counterparts.

As scholars of global suburbanization, both involved in a research initiative on “Global Suburbanisms: Governance, Land and Infrastructure in the 21st Century,” we are currently comparing suburban life in Australia and Canada.

Reactions to these disasters, most recently in Australia, have ranged from declarations of catastrophic conditions by emergency service responders and affected residents, to denial and evasion by politicians, especially when it comes to any discussion about the role of climate change on the present incendiary situation. 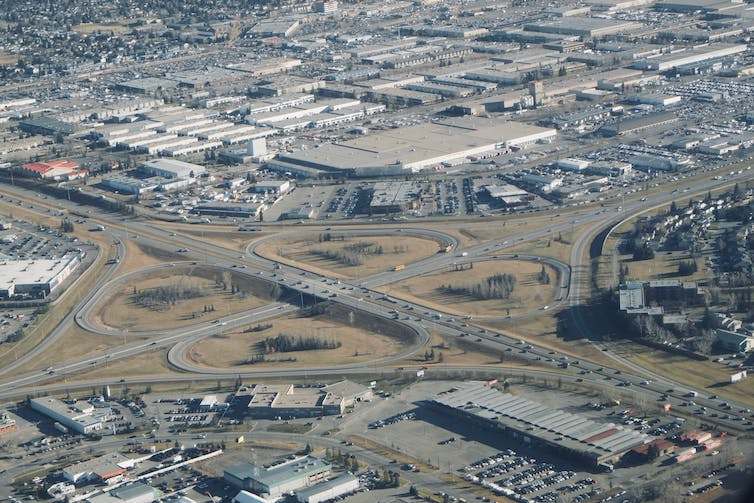 The growth of suburbs in Calgary reflects the need for infrastructure to sustain suburban development. Roger Keil, Author provided

The growth of the suburban footprint of cities in Australia and Canada tests the limits of the sustainability of our present way of living in terms of energy use, transportation and provision of utilities.

This raises an urgent question: What decisions need to be made today in order to ensure our future survival in the suburban expanse where the majority of Australians and Canadians currently live and will continue to live?

If the number and scale of fires and floods are a sign of things to come on a heated, predominantly suburbanized planet, then decision-makers and residents alike need to start thinking differently about present suburban life.

Suburbia is a complex and constantly evolving mesh of cultures, lifestyles and ideas. We now live in “stretchy,” “in-between” and “continuous” urban landscapes that defy the classical divisions between work and city and home and suburb. Different members of a family living in one suburb might find themselves working, going to school or playing in various other locations throughout the city.

Individuals, families and communities live in suburbia through a mix of choice and constraint: for some, suburban life beckons with offers of cheap and spacious housing, good schools and new infrastructure. Others are displaced from more central locations by a growing affordability crisis in housing spurred on by gentrification and the development of luxury apartments and condominiums. 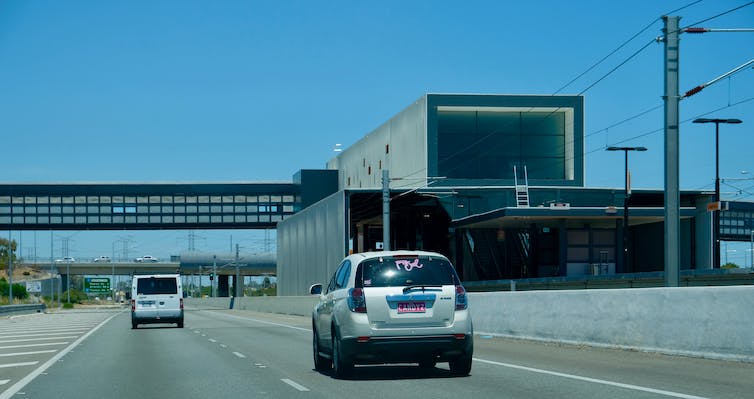 Suburbia offers the promise of constant renewal and endless futures. For each household, suburban dreams are built upon mortgage debt that is vulnerable to the fluctuations of global financial markets. Debt strain for some suburbs is now at an alarming level.

Given such complexities, and in face of the challenges of a climate emergency, suburban life calls for a re-evaluation. It starts with moving away from the suburban home and looking at the ways in which life on the periphery is sustained.

Although often overlooked, the endless web of hard infrastructure appears as a brutalscape of landscape-defining monstrosities of concrete, steel, rock and plastic. The brutalscape can be understood as the exoskeletons of suburbanization.

Holding up suburban life, the brutalscape is the visual opposite of the idealized private house or apartment. Increasingly produced through global financing and engineering, materials sourcing, migrant labour and expertise, this brutalscape is typically taken for granted by households that expect to have power and water at the flick of a switch.

The existence of the brutalscape only becomes noticeable in its absence, as was demonstrated to those left stranded without electricity when California power companies shut down their networks during recent fires. 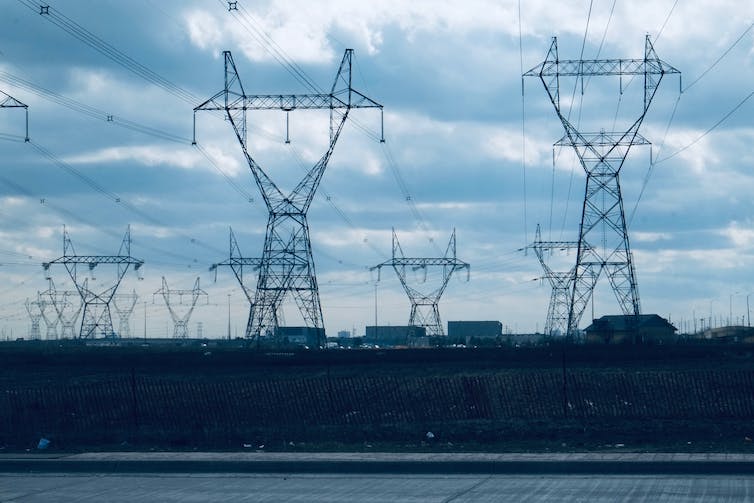 Expensive to maintain, the infrastructural brutalscape has also been increasingly exposed to the hazards and risks of the climate emergency. For that reason, suburban infrastructure needs our attention. As we face the flames and the floods, we need to create meaningful, equitable and ecologically sustainable relations across this suburban planet.

In urban planning, we must start from the principles of mixed densities, diverse communities and ecological variety from which we can draw strength. This means we must stop treating suburbia as a set of social and physical monocultures and see them in their diversity and multiplicity. Possibilities that spring from there will include finding alternative modes of energy and mobility than the ones that built the vanishing automobile age.

But it also needs social change in the way we are used to settling suburban land. In the settler colonies of Australia and Canada, reconnecting to the ways in which these lands were inhabited before the suburbs is necessary.

For these technical and social changes to occur, we need to be open and honest about the realities of global suburbanization and confront the questions this raises. This will help us find ways to move forward into a more nuanced set of present actions that actually match the future challenges faced by the real suburbanites.

Roger Keil receives funding from the Social Sciences and Humanities Research Council of Canada and the Forrest Foundation, University of Western Australia.

Paul J. Maginn does not work for, consult, own shares in or receive funding from any company or organization that would benefit from this article, and has disclosed no relevant affiliations beyond their academic appointment.

The phenomenon of developing more than one dwelling on a single lot is called a multi-development property project. In this aspect, there is more one house, unit or even townhouse. The multi-unit development is considered a successful (...)

Historic buildings constitute a considerable share of the European building stock. About 35% of the EU's buildings are over 50 years old, with 26.4% dating from before 1945 [1]. Improving the energy performance of historic building (...)