The Anatomy of Floating Cities 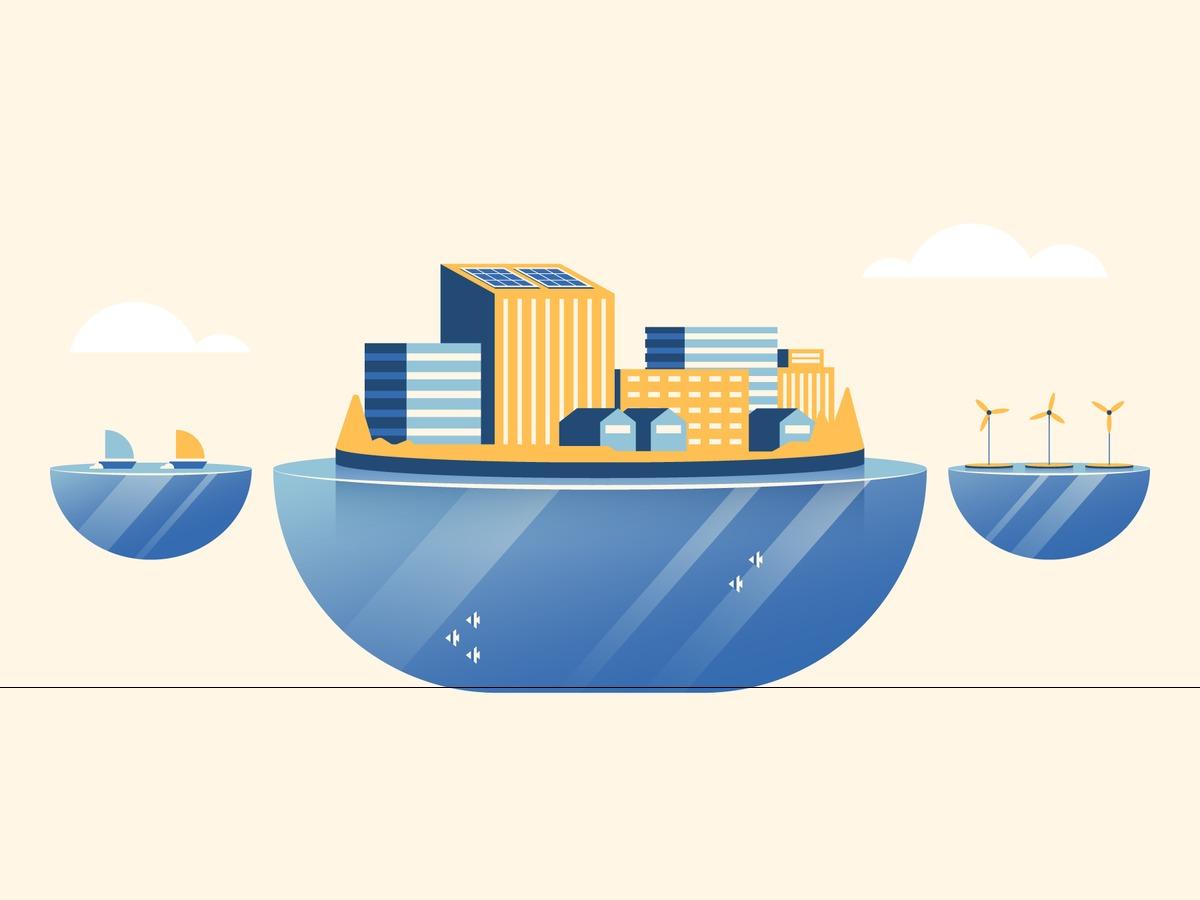 A floating marine city might sound like something out of a sci-fi movie, but these innovative urban developments could soon be taking shape in our world.

Technically speaking, the concept of floating cities isn't new. Humans have had a long history of living on the water, from the chinampas of the Aztec Empire to the canal city of Venice, Italy. However, as climate change and the resulting rising sea levels begin to threaten our communities, there is renewed global interest in the idea of sustainable urban, ocean-based communities.

In April 2019, the United Nations Human Settlement Programme (UN-Habitat) unveiled a plan with development company Oceanix for a 10,000-resident floating city intended to house people whose existing communities are most susceptible to climate change and prepare them for infrastructural damage. The proposed city concept would not only be built on water but would also have a symbiotic relationship with it, designed from scratch to be climate-neutral and completely sustainable in its renewable resources.

So what do you need to know about this new frontier of housing and infrastructure? Check out the infographic below from BigRentz to find out what floating cities are, how the technology works, and their environmental benefits and features.