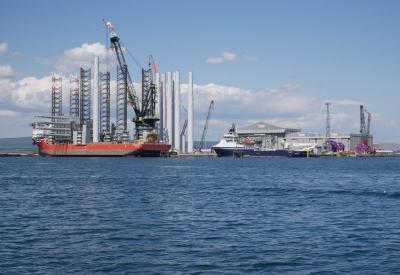 A new milestone has been reached on a major clean energy infrastructure project.

The 588 megawatt (MW) Beatrice offshore wind farm in Scotland has exported power to the National Grid for the first time.

The £2.6 billion wind farm has been under construction for the past two years and is expected to be fully operational by spring 2019. It is located 8 miles off the north-east coast of Scotland.

Once complete the 84 turbines will be able to provide renewable electricity for an estimated 450,000 households.

The clean energy project is also expected to provide significant economic benefits to both the region and UK-wide with £530 million of expenditure coming from construction activity alone. £6 million has also been ring-fenced for community projects.

While Scotland has significant onshore wind capacity, it has so far lagged behind the rest of the UK in developing its offshore potential. The country currently has 221 MW of operational offshore wind compared to 6,208 MW in England and 726 MW in Wales.

Beatrice represents one of a number of upcoming wind farms which will redress this balance, including the long-delayed Neart na Gaoithe project and the Aberdeenshire wind farm opposed by Donald Trump.

Scottish Energy Minister, Paul Wheelhouse MSP, added: “This is a very significant step forward and I am delighted to hear that the Beatrice offshore wind farm has generated its first power for the National Grid and has done so ahead of schedule. I congratulate the Beatrice team for achieving such an important milestone.”