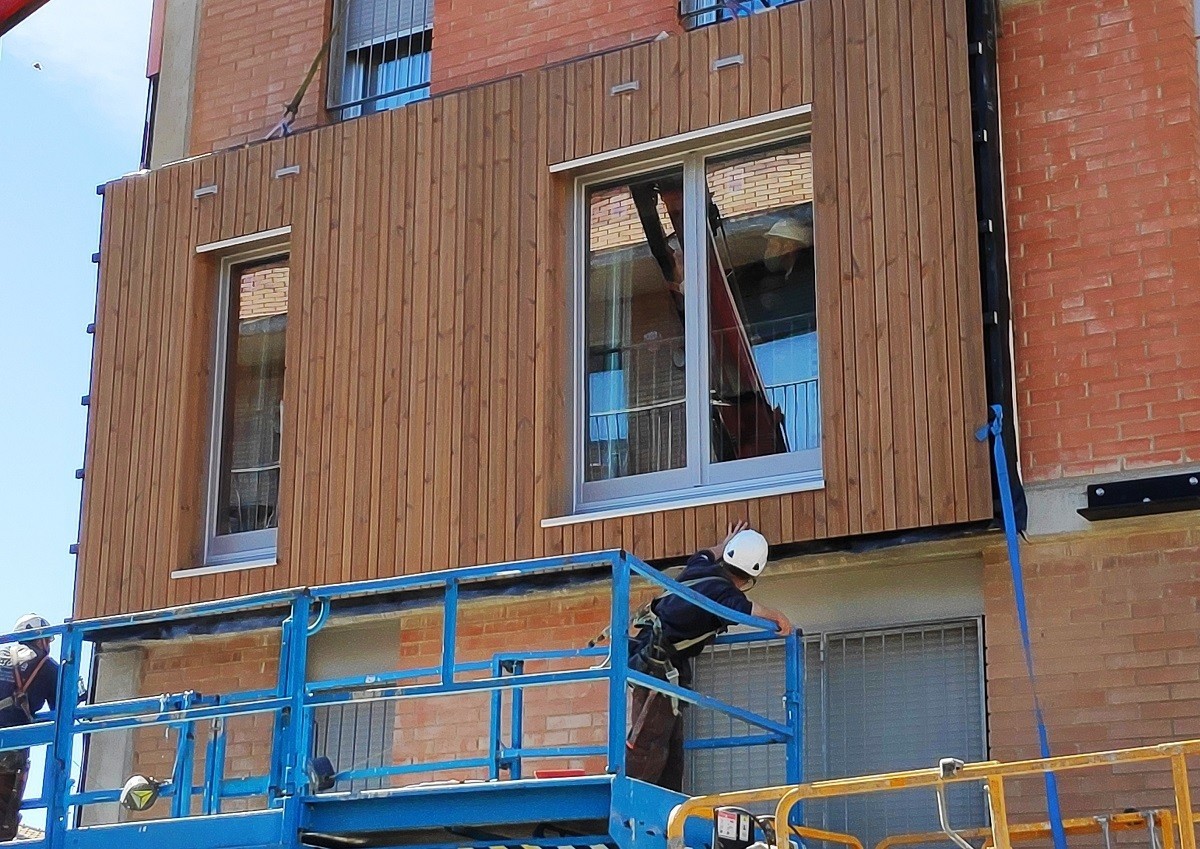 The “La Vall 9” building in Bellpuig, Spain, was renovated with cutting-edge technology for deep energy renovation

The residential four-story building located in Bellpuig, in the Spanish province of Lleida, was chosen as demonstration site because of its potential for renovation. The area is characterised by extreme climate conditions and poorly insulated buildings that require large amounts of energy for heating and cooling.

The “La Vall 9” building hosts 15 dwellings. The structure is divided into two blocks with a single entrance on the eastern façade and common areas on the western side. It is managed by Agencia de l’habitatge de Catalunya (AHC), a public entity in charge of implementing housing policies on behalf of the Catalan government.

According to Inés Fàbregas Riverola from AHC:

“Tenants were complaining about high electric bills. Therefore, it was difficult to rent the apartments. They started moving to other dwellings in the area, so we had to reduce the initial estimated rent to compensate the energy bills and keep the apartments in use.”

The renovation project involved a mix of innovative and conventional retrofitting solutions to achieve a 60% reduction in primary energy demand. The actions focused mainly on the exterior of the building, so the residents could live in their homes while the renovation works were carried out. Due to financial restrictions, the insulation was improved exclusively on the roof and the eastern façade. On the western façade, minor interventions were conducted to control ventilation, infiltration, and sun radiation.

Local regulations pose a limit to the thickness of building walls at ground floor level, so 4RinEU Prefabricate Multifunctional Façade (PMF) was applied only on the first and second floors, while the ground floor was covered with a conventional ETICS. As a result, the ground floor apartments achieve lower standards of insulation than those renovated with 4RinEU solutions.

In addition to the prefabricated façade modules, the renovation included the installation of ventilation units with heat recovery, a brand-new photovoltaic system made of 18 panels, new balconies, folding shutters, and fabric curtains to protect common areas on the western façade from the sun.

In Spain the use of prefabricated products such as wooden-based façade systems is not widespread. The retrofitting of a building’s envelope is usually done on-site by using ETICS or by injecting insulation material into the cavity of the wall. For this reason, the number of local timber manufacturers with the knowledge and capability to produce the Prefabricated Multifunctional Façade was limited.

The tender process to appoint a construction company took place in two rounds. The first public tender took place in December 2019 and ended with no offers. According to Spanish law, if an open tender ends up with no offers it is possible to start a negotiated tender, a hybrid procedure where at least three contractors are directly contacted and invited to present an offer under the same conditions of the original tender.

The research of the companies was completed in February 2020. The negotiated tender was expected to start in March 2020. However, following the COVID-19 pandemic, the Spanish Government declared a National State of Alarm and suspended all public tender procedures. This caused further delay in the contract procedure, which ended in October 2020 with the selection of Construccions, arids I formigons S.A (Viscola group). The production of the timber Prefabricated Multifunctional façade was subcontracted to Tall fusta.

To identify the design team, it is necessary to split the design procedure in two phases: the Execution Project, that set the requirements for the tender procedure, and the review before the construction, which involved the timber manufacturer.

In the first phase, Agencia de l’habitatge collaborated with the structural architect Jorge Blasco from Estudio M103 and the expert in sustainable timber buildings Josep Bunyesc from Bunyesc Arquitectura to adapt the construction of the timber façade to local practices.

In the second phase, the team of Agencia de l’habitatge worked in collaboration with Estudio M103, plus the construction company that was selected in the procurement tender procedure, Construccions Arids i formingons (Grup Viscola), and its subcontracted timber manufacturer, Tall Fusta.

The project aimed at reaching comfortable temperatures and moisture levels in the apartments, with a reduction of the number of hours in overheating (T>26ºC) and underheating (T<18ºC) conditions. In addition, the renovation actions were designed to ensure a sufficient outdoor air flow in each room through the use of both mechanical ventilation units with heat recovery and mechanical air extractors to avoid the concentration of CO2 and eliminate pollutants. During the design phase, the noise caused by the new ventilation machines was analysed to guarantee the comfort of the residents.

The renovation works started officially on the 9th of November 2020, both on-site and off-site. The PMF panels were built in the manufacturer workshop in less than 15 days.

First, the construction company measured the existing façade to detect irregularities on the surface and adapt the execution project accordingly. The design project was then tested through a 3D model to reduce potential mistakes.

Once all timber elements are cut in the right size and shape, the assembling procedure can start. The panels are covered with a waterproof layer made of polypropylene before integrating the complementary components. Balconies, air ducts, and photovoltaic panels are the last elements to be assembled in the workshop. The pv panels of the façade are tailor-made. This results in higher costs but makes it easier to integrate them in the façade and ensures higher efficiency.

Another aspect worth mentioning is that balconies have a metallic appearance, but they are made of timber which is painted in grey-metallic to be similar to the existing aluminum balconies and windows.

The shutters and the railings were installed on-site. For the sake of circularity and to keep costs down, it was decided to re-use the railings already installed on the building. Considering that it was not possible to remove them from the existing façade during the manufacturing procedure, they were added to the PMF façade after the anchoring phase.

The timber manufacturer workshop is located in Balsareny (Barcelona), 94,3 Km far from Bellpuig (Lleida). From there to the construction site it takes approximately 1,5 hours. The transportation of the prefabricated panels went quite smoothly. Due to the slope of the street (close to 10%) and the size of the panels, it was necessary to use a gooseneck truck with higher wheels on the front. This allowed keeping the truck in a horizontal position and facilitated the lifting of the panels with the crane.

The panels were anchored to the existing façade the same day of their arrival to the site. Altogether, the process took two days. Once the panels were put in place, the existing balconies were removed, and the ventilation units and the shutters were installed. The finishing of the internal walls, floor and ceiling took about one month because of delays in the arrival of components, covid restrictions that limited the number of workers, and the complexity of coordinating with the tenants.

Overall, the installation of the PMF façade panels on a surface of 209m2 lasted between 35 and 38 days, as opposed to the 60 days estimated for a conventional renovation. If new railings were chosen instead of the older ones, the time for installation might have been reduced to 25 days.

Thanks to 4RinEU the construction time on-site was reduced by almost half, while the finishing works required the same amount of time as a conventional renovation. The project also helped reach higher standards of energy efficiency and comfort for the tenants.

“From my point of view, there are lots of advantages in terms of savings and airtightness”, said one of the residents. “This solution allows reducing bills for heating and lighting. [The prefabricated façade] improves the airtightness of the building, saves energy and looks nice. The installation of the panels was fast, I thought it would take longer.”

The 4RinEU prefabricated multifunctional façade increases considerably the level of insulation. This solution is particularly suitable in case of buildings with flat surfaces and a simple geometry. The overall cost is related to the cost of timber, as it is the main component. Due to its raising demand in the European market, this is nonetheless becoming more expensive. Façade-integrated active solutions like PV panels can be interesting when there is not enough space on the roof, as it was the case in Bellpuig.

“We are the country with the most sun light, it is important to have as many solar panels as possible. This way you can save energy, and, in some cases, you can help people who live in a difficult economic situation. If we can save on electricity that’s good.”

Anyone wanting to apply 4RinEU renovation method should consider that the transportation phase might affect the size of the prefabricated façade panels or even the viability of the whole solution. In addition, the anchoring system needs to be adapted to the specific structure of the building and should therefore be studied carefully in order to reduce on-site works to the minimum. 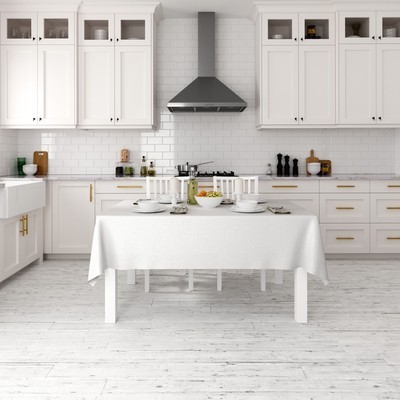 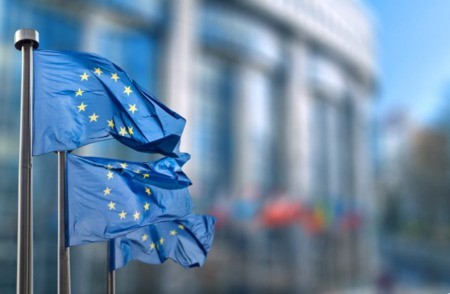 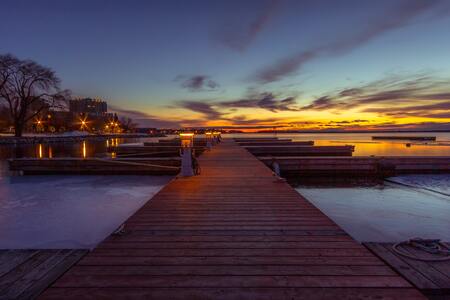 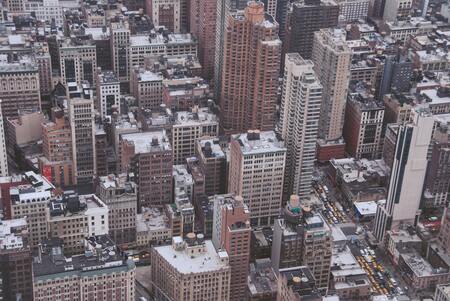