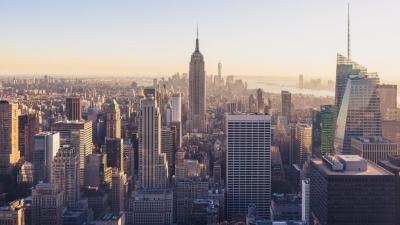 On Monday, a New York City lawmaker announced a bill to order massive energy use cuts to big buildings, the biggest source of carbon dioxide.

The legislation, outlined in the Blueprint for Efficiency, requires the city to cut energy in the biggest buildings by 20 per cent by 2030 to keep on a path to ultimately reaching an 80 per cent reduction target by 2050.

Electricity and heating in buildings makes up almost 70 per cent of the city’s carbon emissions. Costa Constantinides, a member of the city council who leads the committee on environmental protection, said “If we are going to make a real impact on climate change, it’s going to be on the buildings.”

This is a historic move by the city and if the legislation is implemented it will be among the world’s largest cities to mandate strict retrofits on existing buildings to reduce climate-warming emissions.

“Nobody has done this in the world,” said Peter Sikora, a senior advisor at the grassroots non-profit New York Communities for Change.

This agreement follows months of talks between environmental groups and the powerful Real Estate Board of New York. If the legislation is applied then the proposal will include 50,000 buildings across the city.

“Our iconic skyline will be a model for how a major American city can fight the effects of climate change, as the federal government turns a blind eye to its growing danger. While we still have to craft the bill, we have a clear holistic view on how that legislation will look.” said Constantinides.

NYC has already proposed a ‘Carbon Challenge’ where leaders in the private, intuitional and non-profit sectors have committed to reduce their greenhouse gas emissions by 30% or more over ten years.

Constantinides, who has been in office since 2014, has also sought alternatives to fossil fuels for the city, promoting a range of renewable energy sources such as solar, biodiesel and wind power.