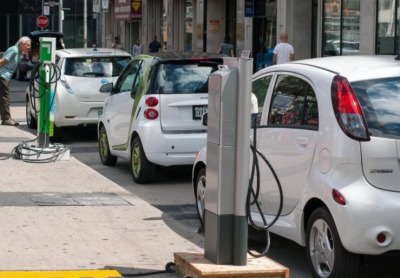 South Korean energy and chemicals company SK Innovation has announced an investment of $770 million in an electric vehicle battery gigafactory in Hungary to meet the future demand of zero-emission vehicles in Europe.

The company will start construction of the factory in February 2018 with production expected to start from early 2020.

The plant will have a production capacity of 7.5 gigawatt hours (GWh) of batteries per year- more than triple the capacity of the company’s main battery cell factory in South Korea which produces 1.9 GWh and is running 7 days a week and 24 hours per day.

As reported by Reuters, SK Innovation and other South Korean battery manufacturers are currently facing market barriers in the Chinese EV market due to diplomatic tensions between the two neighbouring countries. For example, electric vehicles equipped with batteries manufactured in South Korean have been excluded from the generous national subsidies in China.

Last February, SK Innovation was selected as the supplier of battery cells for Mercedes’ upcoming line of electric vehicles.

The new factory is set to supply Mercedes, as well as other German automakers which expect to spur demand for battery cells for electric vehicles across Europe in the near future.

To this end, the company’s plans are to increase their total capacity to almost 4GWh per year by the end of 2018.

Hongdae Kim, Head of Battery & I/E Materials with SK Innovation had said: “SK Innovation is planning to strengthen its position in the global battery market with differentiated performance and technology, while reinforcing the relationship with the current customers to prepare for the strong growth of the electric vehicle market”.