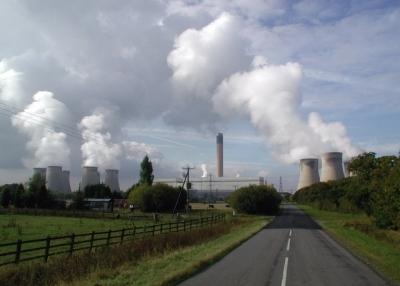 Power company Drax has converted another of its coal units to run on biomass.

The original coal plant has been in operation since 1975 and remains the largest power station in the UK.

The company has gradually upgraded the existing units to run on biomass instead of carbon intensive coal. Since 2010, it has spent £700 million converting three units and this week marks the completion of the fourth. The cost of converting the latest unit was significantly lower than in previous years, coming in at £30 million.

Andy Koss, Drax Power’s CEO, remarked: “This is another major milestone in the transformation of the power station. It will extend the life of the plant, protecting jobs, whilst delivering cleaner, reliable power for millions of homes and businesses.”

The news means that Drax now operates on two-thirds biomass with only two remaining units running on coal. The company expects to wean itself off the technology way ahead of the government’s 2025 deadline to completely phase-out coal in the country.

“It is testament to the engineering expertise, skill and ingenuity we have at Drax. The team has developed some very innovative solutions for this upgrade, using all the knowledge we’ve gained throughout the work we have done so far to transform the business using sustainable biomass,” Koss added.

Drax has shown an enthusiasm for transitioning away from coal as a result of the growth in renewable energy. Recent research suggested the coal power would soon be surplus to requirements over the summer months.

Nigel Adams, the local MP for Selby where the plant is based, said: “I’m delighted to see Unit 4 in operation as a biomass unit, continuing the good work Drax is doing with its Beyond Coal strategy, protecting jobs and ensuring it continues to play a vital role in the Northern Powerhouse economy.”