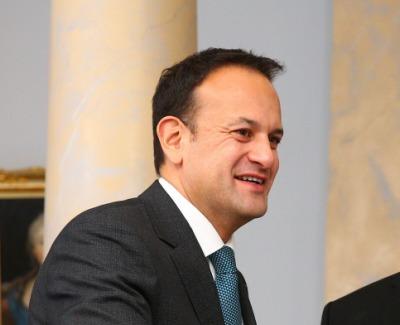 The Irish Government is planning to increase the country’s carbon tax in a bid to meet its climate change goals.

Taoiseach Leo Varadkar made the comments at a summer briefing where he revealed his government’s future budgetary plans.

“If we’re going to meet our targets we’re going to have to grasp the nettle in pricing carbon and increasing the carbon tax in the next couple of years,” he said, according to ITV News.

However, he made a point of addressing concerns that the tax would hit those on low-incomes harder.

“We very much recognise that those living in poverty and vulnerable people will be worst affected by that, so we will have to look at compensatory measures for that…However, we will be working on a set of proposals for setting a price on carbon to bring the tax up as part of our climate change obligations,” he said.

The measure is the latest move by the new government to address Ireland’s poor performance in reducing its greenhouse gas emissions. In June, the Climate Action Network singled out Ireland as the second-worst EU country on progress towards renewable energy and climate targets. Failure to meet these 2020 goals could mean annual fines of 500 million euros, according to the NGO.

However, since taking office in 2017, Mr Varadkar has moved to increase the amount of cash spent on making the transition to a low-carbon economy. The new National Development Plan, released in February, earmarked 22 billion euros for new energy efficiency, renewables, and climate adaptation projects.

This was followed in July by a landmark bill to divest the country’s holdings in fossil fuels. The legislation is a world-first and will compel the Strategic Investment Fund to sell its assets, worth 318 million euros, in 150 companies worldwide.