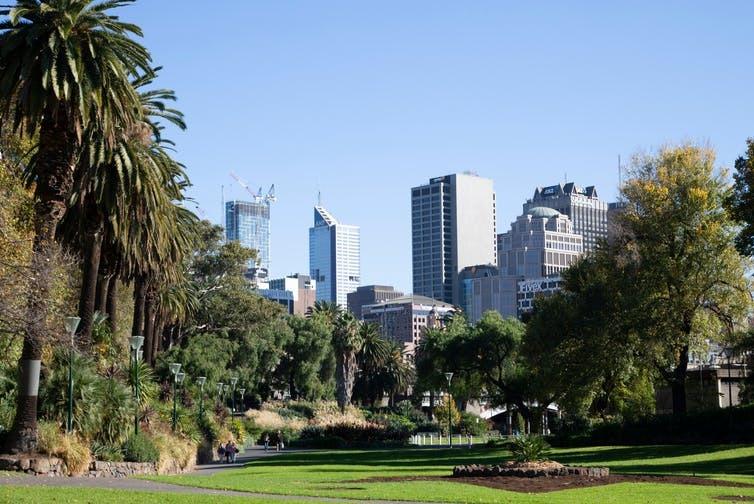 Not everyone wants to live in the inner city and it’s insulting to describe the outer suburbs as the fringe.

This was just one view from a recent workshop where a vision for Australia’s future cities was mapped out. It highlights that liveability means different things to different people.

But what will the liveability of our cities be like in 40 years’ time? For the CSIRO report, 2019 Australian National Outlook, the authors used scenario analysis to explore prospects for Australia in 2060. This demonstrates that business as usual will mean Australia’s economy and society sleepwalk into the future, a future made worse by failing to tackle major environmental threats.

À lire aussi : It's time for Australia to commit to the kind of future it wants: CSIRO Australian National Outlook 2019

The National Outlook report set out “five key shifts” – industry, urban, energy, land and culture – to prepare us for a better future.

Our research supports the need for these changes. These shifts are related and co-dependent. And, critically, they will all involve cities.

We argue, though, that we need more than “shifts” – we need transformation supported by a systems approach.

Setting the goals of transformation

All cities are not the same. For this reason, Future Earth Australia, a national initiative hosted by the Australian Academy of Science, has held workshops around the country. We have also launched a national online survey.

The themes arising from the workshops offer valuable insights into how we can apply a systems approach to transforming Australian cities, and the regions and local areas that support our cities. Some key insights are:

À lire aussi : This is what our cities need to do to be truly liveable for all

Importantly, the nuances and variations between cities and regions were important to identity and individuality. Local, context-relevant innovation abounds, but is combined with much re-inventing of wheels. Our process has shown that linking local activity better with city-wide and even national coordination could greatly accelerate progress, while maintaining the sense of local identity. A majority of the world’s countries are actively taking a national perspective on their urban challenges.

The importance of local nuance is recognised in other parts of the world. In Europe, work is under way to build better connections between small and medium-sized cities.

Urban transformation requires a systems approach to overcome well-documented challenges like urban expansion, decreasing housing affordability, biodiversity loss in peri-urban areas, spending hours in cars, and engaged governance across metropolitan areas. These challenges are tricky because they are caused by behaviours and settings that arise from entwined economic, social and environmental systems. Problems like this are wicked in nature.

À lire aussi : Wicked problems and how to solve them

A systems approach examines how communities, economics, culture, politics, infrastructure, design, planning, knowledge and technology interact and interweave to produce the places we live in. We must also recognise existing planetary boundaries.

Tackling these problems with a systems approach means ensuring that as we solve one of them we don’t create new problems in other areas. Or, even better, we solve multiple challenges at once. Responses must integrate bottom-up and top-down interventions across multiple sectors, consider time frames from today into the long term, and recognise the value in collaboratively forging the knowledge and actions we need.

This is why Future Earth Australia, the Australian and Oceania network of Future Earth based at the Australian Academy of Science, invited urban thinkers and practitioners from around Australia to a workshop in May 2018. It was designed to work towards a consensus on a ten-year plan for transformative knowledge for Australian cities. This workshop built on recent urban systems scholarship, which identified the need for multisectoral, collaborative and systemic thinking and collaborative design and governance.

We have implemented a series of processes to inform this decadal plan.

We held nine workshops across the country. These involved over 350 participants, representing senior decision-makers in government, industry and peak bodies, community groups and academic researchers. The insights from the workshops have all been published.

And we have designed a survey that’s now open to anyone living in Australia.

An independent reference group of urban experts from 21 research, policy and practice organisations around the country is overseeing these processes.

Our aim is to encourage all stakeholders to work together. The Future Earth platform can enable partnerships that harness these ideas and knowledge about the transformations needed to create sustainable, liveable cities.

We need better urban knowledge and the many cross-sectoral contributions to the Future Earth urban decadal plan have offered vital directions for future effort.