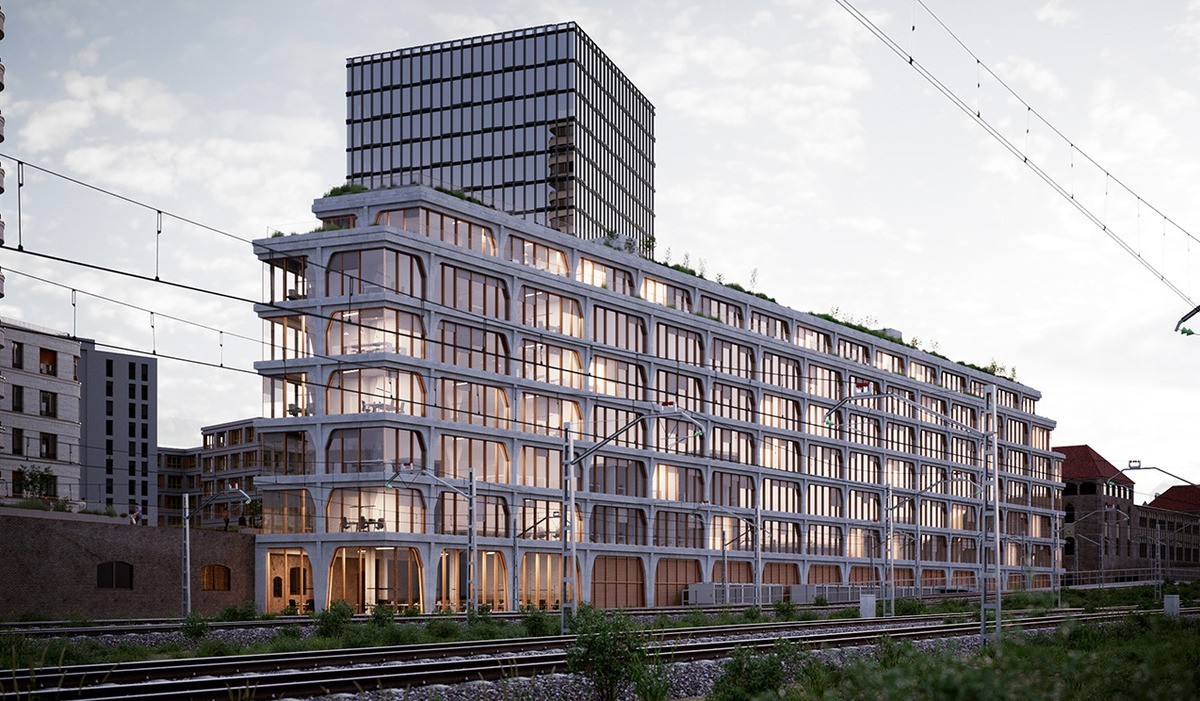 Fig. 1: The newly built office building at Berlin-Postbahnhof serves as a demonstration site for a cooling concept, which has been developed for the Flexi-Sync project. Photo: EQV

This text describes a demo case from the Flexi-Sync project where excess heat from a cooling process has been harvested and used in the district heat system of Berlin.

Energy providers and property owners can both benefit from an innovative cooling concept based on the utilization of the flexibility in district heating systems, and in particular by harvesting excess heat from a cooling process. This article describes an innovative district heating-based cooling concept presented by Vattenfall, partner of the ERA-NET SES project Flexi-Sync, at the Celsius forerunner group session on 6th May 2021.

The urban heat island effect has become a well-known phenomenon. The federal capital and metropolis of Berlin in Germany is a good example of this. In the early morning there is an temperature difference of up to 14 °C between the inner-city district of Kreuzberg and the rural forest of Grunewald. This temperature difference is partly related to air conditioning where process-related excess heat arises. This excess heat is conventionally released to the surroundings via re-cooling devices which leads to additional warming in urban areas. In order to reduce this effect, Vattenfall has developed the product concept Kühlung Smart (eng. Smart cooling) which will be integrated in the Berlin demonstration site of the ERA-NET SES project Flexi-Sync.

Berlin – one of six demo sites

The Flexi-Sync project is an ERA-Net SES financed project focused on achieving flexible energy system integration using concept development, demonstration, and replication. The project gathers 16 partners from four EU Member States: Austria, Germany, Spain, and Sweden. Six demo sites in the countries will participate, one of them the Berlin site.

The project period runs from 2019 to 2022. The objective is to identify how flexibility in district energy can be optimised and, thereby, contribute to the balancing of energy systems with increased shares of variable renewable energy supply – including excess heat utilisation – and fluctuating demand. As part of this, a new service is being developed which combines district heating optimisation and heat demand control.

The product Kühlung Smart of Vattenfall is based on a standardized technical concept. It builds on that the process heat that arises with every cold generation is not dissipated into the ambient air as usual and thus heats up the environment, but rather that this process heat is recovered and fed into the district heating system. In the case of Kühlung Smart, high-temperature heat pumps are used to generate the cold and to lift the excess heat to the temperature level required in the district heating supply line. These heat pumps will use the refrigerant R1234ze which, in comparison to many other refrigerants, has a very low global warming potential (GWP) of 7.

The excess heat recovery leads to a careful use of the primary energy resources and to the avoidance of urban hotspots in Berlin. No re-cooler needs to be set up at the customer’s facility and customers can use the space provided for re-cooling assets for other purposes. For example, in the case of the building in Berlin-Postbahnhof, the roof space could be used as a terrace and green area for the residents (see figure 2). When avoiding re-coolers the residents can also enjoy an environment with less noise pollution. 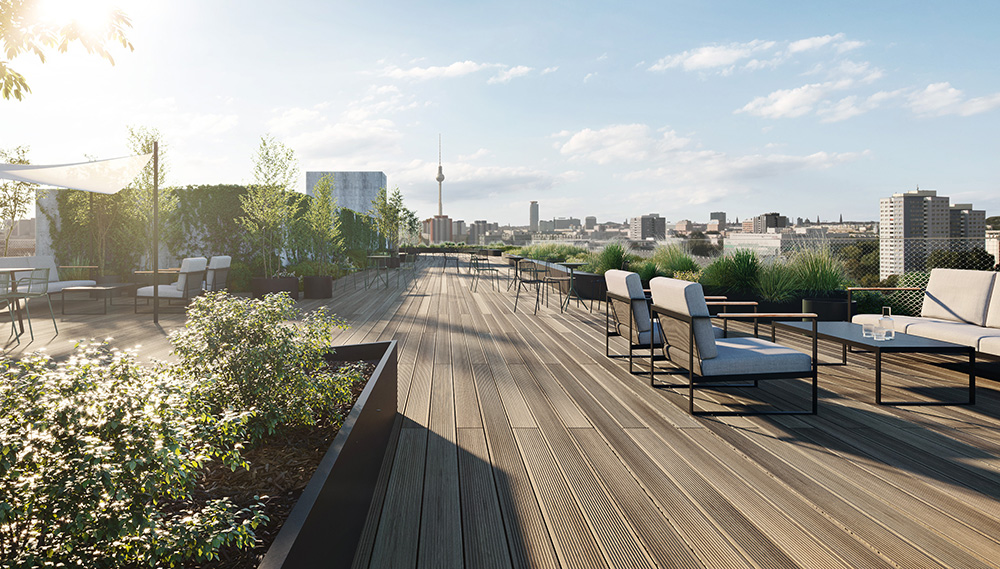 Fig. 2: use of the roof space at Berlin-Postbahnhof. Photo: EQV

This document was created as part of the ERA-Net Smart Energy Systems project 91635, funded from the European Union’s Horizon 2020 research and innovation programme under grant agreement no.775970 (RegSys). 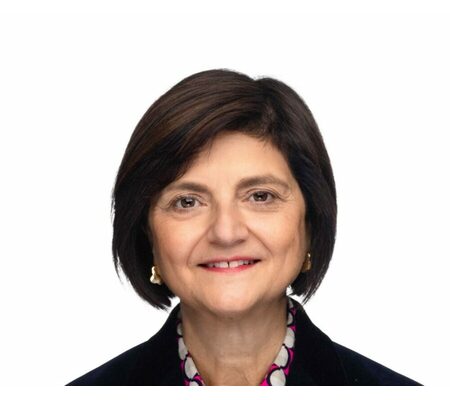 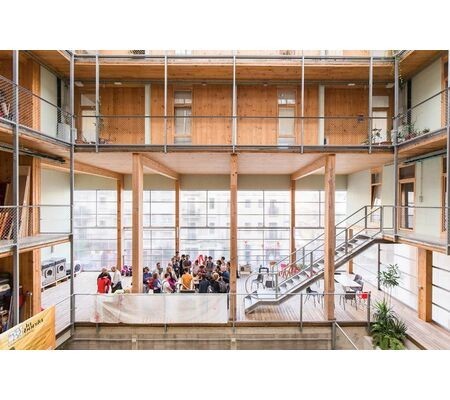 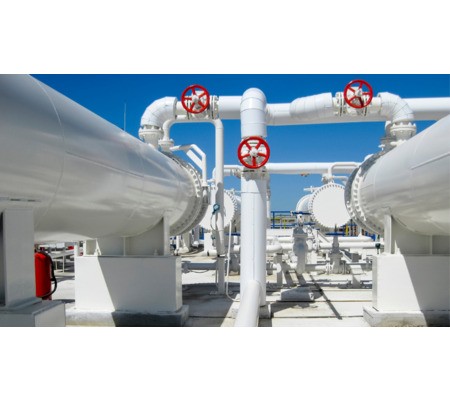 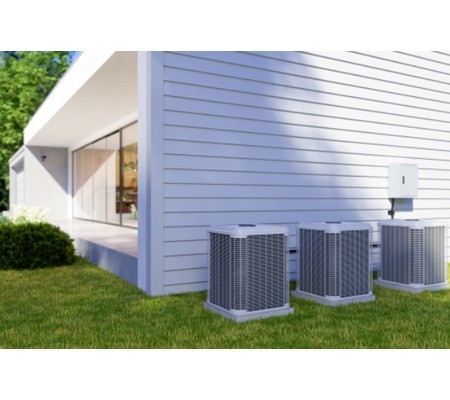 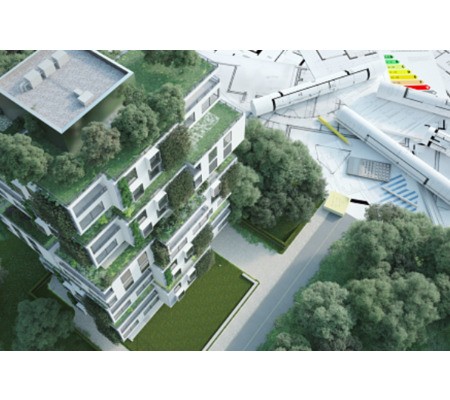 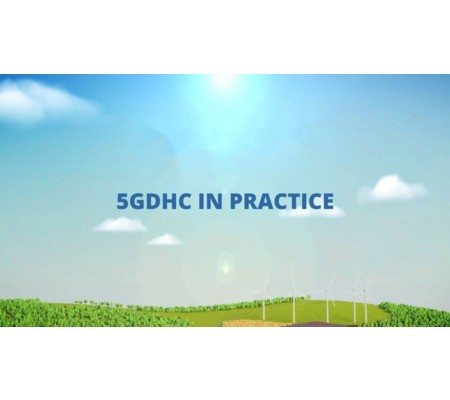