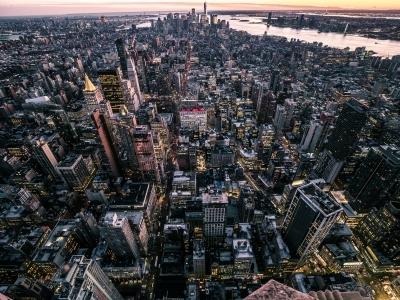 19 of the world’s largest cities have made ground-breaking new pledges to cut carbon emissions from new buildings.

The Mayors of London, New York, and Tokyo were among the leaders signing the declaration in a bid to deliver on the goals of the Paris Agreement to limit global temperatures to well below 2 degrees.

“Action is needed today, because most buildings will be standing for generations to come. Missing this opportunity locks in the problem for our children and grandchildren,” the declaration reads.

To achieve this bold aim, the politicians have committed to establishing a roadmap out to 2030, including a programme of incentives, which are tracked by an annual report showing progress to the target.

At the same time, they have agreed to make all buildings, old or new, zero-carbon by 2050.

“As mayors of the world’s great cities we recognise our responsibility to ensure every building, whether historic or brand new, helps deliver a sustainable future for our citizens,” said Mayor of Paris, Anne Hidalgo.

Ms Hidalgo is also chair of the C40 Cities network, which helped develop the campaign.

“We want to make London a zero carbon city by 2050 and we’re working hard to ensure its buildings are energy efficient and supplied with clean energy sources. I look forward to collaborating with other cities on our shared vision of achieving the goals of the Paris Agreement,” said Mayor of London, Sadiq Khan

“Climate change poses an existential threat to New York City, and making our buildings more sustainable and efficient is a key part of the solution,” said Bill de Blasio, Mayor of New York City. “With this commitment, we’re delivering on our promise to make New York City cleaner and safer for generations to come by meeting the Paris Agreement. We’re proud to stand alongside other cities worldwide that are taking bold and meaningful steps to cut the pollution driving climate change.”