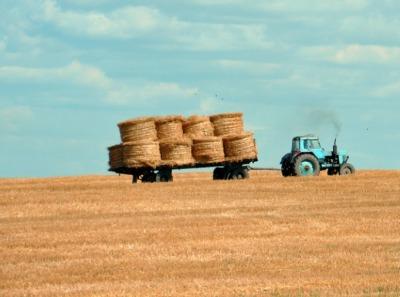 Farmers in the north and east of Germany are facing unprecedented losses as a result of continued high temperatures and lack of rain.

The continued global heatwave has hit some European countries particularly hard with minimal rains for the past two to three months.

This has hit crop yields during a period when many farmers would expect high levels of growth, particularly for sugar beets, rapeseed, potatoes and corn.

The trade association for German farmers, DBV, is calling for the government to step in and help struggling farms, particularly ones where the harvest has been reduced by more than 30 percent the yearly average.

"We expect billions in losses," announced DBV president Joachim Rukwied. "The government needs to declare a state of emergency so that farmers in areas hit hardest by the drought can be helped directly with cash aid."

The DBV is urging the government to provide €1 billion ($1.17 billion) in financial assistance to the worst hit farmers.

"It hasn't really rained since April and that's the main growth period for our grains and the other crops, we've never seen anything like it," said Juliane Stein, who works for farming group Agro Boerdegruen, according to the AFP news agency.

The Federal Government has yet to decide on whether compensation measures are necessary. The Ministry of Agriculture is reportedly waiting for the official report at the end of August to determine what actions need to be taken.

The UK has also been impacted by the enduring high temperatures, which have reached near-record levels over the past couple of months; hosepipe bans and depleted reservoirs have been reported in some regions.

The government’s climate advisers have highlighted the need to take stronger action on climate change to adapt to extreme weather events.