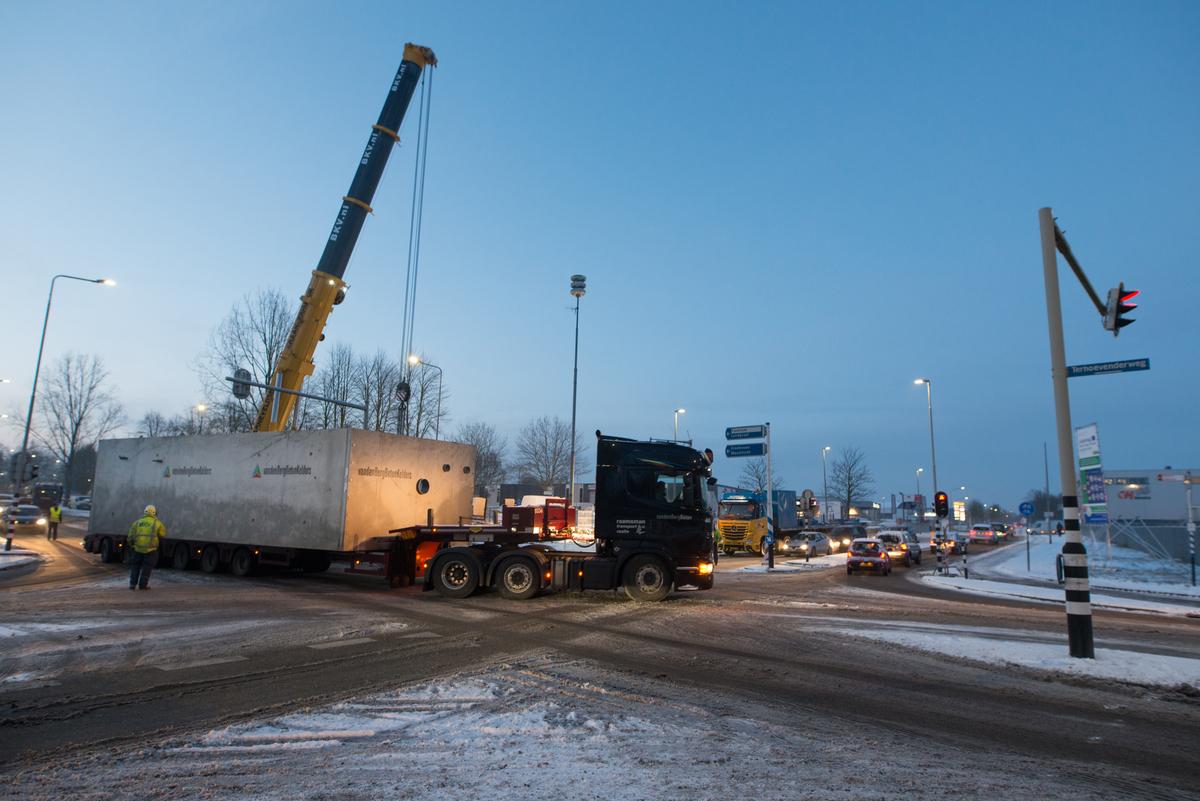 With new regulations, the gas tap in the Netherlands will be  turned off in the next years. New innovative energy sources are needed to heat our homes, offices and other buildings. One of these new energy sources is the circular district heating network of Mijnwater B.V in Netherlands. What started as a way to use groundwater in mines to heat and cool buildings in Heerlen has grown into perhaps the most innovative district heating network in Europe.

When the coal mines in South Limburg were closed in the late 1960s, the galleries were filled with groundwater that was naturally heated by geothermal energy. In 2003, the municipality of Heerlen decided to drill a number of exploratory wells in the mines as part of sustainable energy production. It soon became clear that the mine water could be used to heat and cool buildings in a sustainable manner. Heerlen started a successful initiative with this principle: the Mine Water Project. Five wells were drilled which are connected to each other via a main pipeline to supply and drain water. In the city of Heerlen, 50,000m2 of floor space in buildings was connected to the world's first mine water power plant.

From mine water to city network

We have set up a new type of district heating network, perhaps the most innovative thermal energy network in Europe', beams Eijdems. Mijnwater B.V. developed the first urban pipeline network in Europe, supplying both heat and cold to the connected customers. When a building is cooled, it simultaneously delivers residual heat back to the network and vice versa. With the district heating network, the cycle of heat and cold supply to buildings is closed. The energy is exchanged via underground basements containing the heat exchangers and pumps. The water in the mines now functions more as a large thermal battery than only as a green energy source. In this way, CO2 emissions from the connected buildings can be reduced by up to 65%. In this way, the company provided 200,000m2 of building space with heating, hot water and cooling by 2018.

The district heating network of Mijnwater B.V. is based on three principles: it is demand-driven, circular and can store energy. First of all, supply meets demand. Suppose that it is 5 degrees outside and 20 degrees in a building, then you have to add 15 degrees. If you burn gas, you make a flame of 1000 degrees to heat a building 15 degrees. To avoid wasting all that energy, we only use sources that are colder than 50 or 60 degrees. A heat pump installation ensures that the user receives exactly the energy he requires.

A lot of energy is often lost when buildings are heated and cooled, explains H.Eijdems. When a building is cooled, for example, there is a large fan on the roof that releases hot air. If we capture and reuse the energy from the hot air, we theoretically only need to supply a third of the original energy from the outside. That's why we close this loop. If we supply heat, then cold comes back. We use it to cool down. The Arcus College in Heerlen, for example, runs on the heat from the data centre of the APG pension fund'.

Finally, Mijnwater BV is able to store the energy of excess electricity in the form of heat in buildings and underground.. Suppose a lot of electricity is generated because of the strong wind and the sun. With a heat pump you can store that energy as heat in the buildings and the water. When the sun no longer shines, you can use that heat.

Not an invention, but a discovery

‘The funny thing is that we don't actually use any exciting innovations at all,' says Eijdems. Heat pumps, pipes and storage basements are techniques that have been around for 50 years or more. But we have linked the various components together in a new way. We haven't invented anything, but we've discovered something very beautiful. The mine water system can also be used in other former mining areas to heat and cool buildings.

Mijnwater is a lead partner in the Interreg project D2Grids. Partners of the project will take example on the Heerlen grid to roll out 5th generation district heating and cooling (5GDHC) accross North-West Europe.

First implemented in Heerlen, 5GDHC is a highly optimised, demand-driven, self-regulating, energy management system for urban areas. In this ultra-low temperature grid with decentralized energy plants, a closed thermal energy loop ensures hot and cold exchange within and among buildings.

5 pilot sites in Bochum, Brunssum, Glasgow, Nottingham and Paris-Saclay will demontrate this impactful technology, in order to industrialise 5GDHC systems and boost its commercialization potential.

The mine water system can also be used in other former mining areas to heat and cool buildings.

Construction21 is committed to presenting case studies of "exemplary" buildings, infrastructures and neighbourhoods that can inspire professionals in the sector to renovate or build sustainably. An important category of our database (...)