A four-year-old girl plays house as Liberal Leader Justin Trudeau makes a campaign stop in Mississauga, Ont., where he spoke of his party’s policy on affordable housing. THE CANADIAN PRESS/Sean Kilpatrick

Few topics during the federal election campaign have garnered more attention than high house prices and a lack of housing affordability. Both Conservatives and Liberals say a major problem is a lack of housing supply. To address the issue, they promise to build millions of additional houses.

Contrary to popular belief, high house prices are not due to supply shortages. The COVID-19 pandemic should have made this clear. Despite the slowest population growth since the First World War, and the most number of houses built in more than a decade, prices went up 27 per cent. 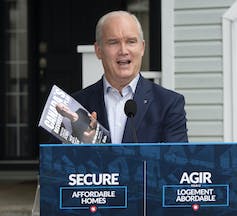 Conservative Leader Erin O’Toole holds up his party’s platform book as he makes an announcement on affordable housing in Ottawa. THE CANADIAN PRESS/Ryan Remiorz

The recent spike in prices is no mere historical blip. Since 2000, prices have risen 160 per cent in inflation-adjusted dollars. Meanwhile, the supply of housing has grown in lockstep with new households, even as average household sizes have fallen.

According to reports by both the International Monetary Fund and the Parliamentary Budget Office of Canada, new housing completions have actually exceeded household growth for most of the 21st century, leading to historically high vacancy rates.

To understand the dynamics of housing markets, we need to distinguish between two prices: the price of owning a house, and the price of renting it.

Rental prices represent the economic cost of living in a house. Like any other commodity, rent prices change, at least in theory, according to demand and supply.

In contrast, house prices are asset prices. According to standard economic theory, they are determined by their future earnings, adjusted for risk.

For landlords, revenues take the form of monthly rental payments. For owners/occupiers, they take the form of savings earned from not paying rent, or what are known as imputed rents. Imputed rents are included in GDP calculations. In some countries, like the Netherlands and Switzerland, they are even treated as taxable income. 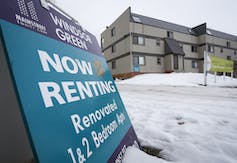 Rental properties are shown in Calgary in 2019. THE CANADIAN PRESS/Jeff McIntosh

The costs of ownership include depreciation, maintenance, property taxes, insurance, utilities and monthly interest payments. Note how mortgage principal payments are not a cost. That’s because they increase homeowners’ equity. They are a form of savings.

If the earnings of home ownership go up — due to rising revenues, falling costs, or both — then house prices should rise. With this framework in mind, we can now try and identify big changes that might account for skyrocketing prices.

In recent years, rental prices have surpassed the rate of inflation, especially in major cities. But house prices have risen much, much faster than rent. Why?

Recall the costs of ownership. Specifically, decades of falling interest rates have lowered the cost of borrowing a mortgage.

In the 1980s, rates on a conventional mortgage were 18 per cent. Today, they are closer to two to three per cent — less than inflation. Every time borrowing costs fall, the earnings of home ownership go up.

The result is predictable: buyers bid up prices and take on more debt. The same logic applies to incentives for first-time buyers. By lowering the cost of ownership, these policies contribute to the very problem they’re trying to solve: higher house prices.

While falling borrowing costs increase the earnings of home ownership, we also have to adjust these earnings for risk. In recent decades, declining returns on “risk-free” government bonds — a crucial benchmark in financial markets — has incentivized investors of all sorts to put their money into riskier assets, especially real estate.

According to the Bank of England, almost all the growth in house prices relative to rents (and incomes) can be explained by 35 years of unexpected declines in the risk-free rate of interest.

Of course, interest rates are not the only factor behind rising prices. A government-supported, mortgage-backed security program, tax subsidies and incentives for homeowners, money-laundering through real estate, along with speculative frenzies in major cities, all help to explain Canada’s exceptional rate of house price growth.

More supply is not a solution

The supply of housing matters, too. But from an asset-model perspective, supply only affects one variable in the determination of house prices — the economic cost of housing, or rent. The fact that prices have risen far beyond rent tells us that it’s due to financial factors alone — not a lack of supply.

Finally, there’s no guarantee that more supply will even lower prices via their impact on rent. Models show that because new supply represents a small share of a large, pre-existing housing stock, even big increases in construction have relatively minor effects on prices. 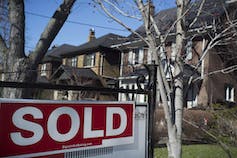 A sold sign is shown in front of a Toronto home. THE CANADIAN PRESS/Graeme Roy

Finally, if total supply increases to the extent that prices do fall, developers can always slow down the rate of new construction. Lucky for them, land does not depreciate like other assets.

Promises to build millions of more houses make it seem as though politicians are fighting hard to keep the dream of home ownership alive. In reality, it’s not a meaningful solution. But maybe that’s the point.

Politicians know that many of their constituents are relying on high house prices to secure their retirement or pay for their kids’ tuition, so it’s unlikely they even want prices to fall. 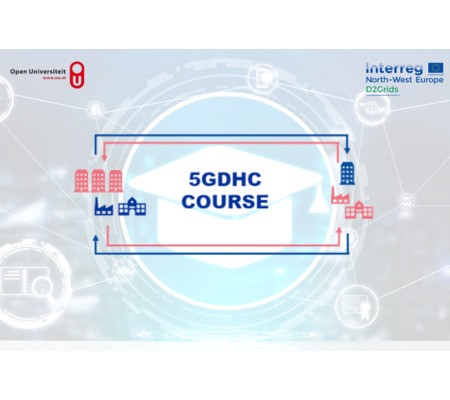 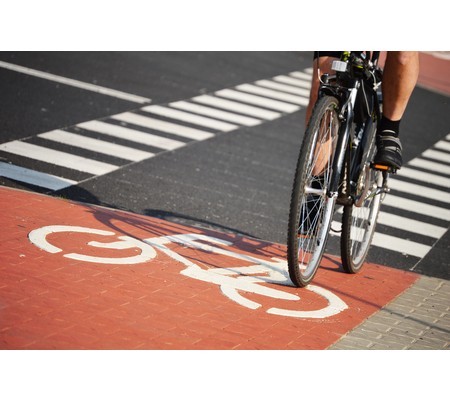 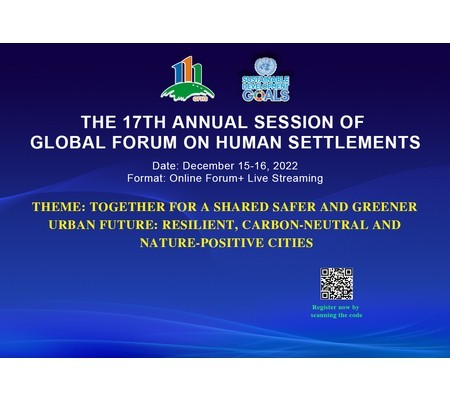 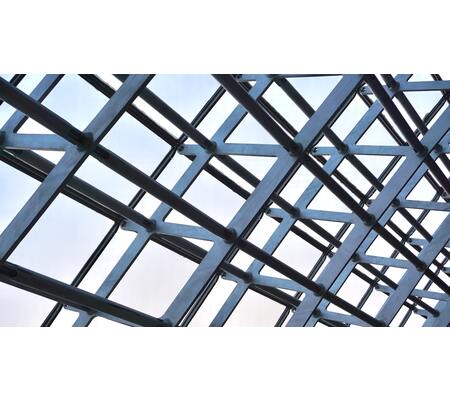