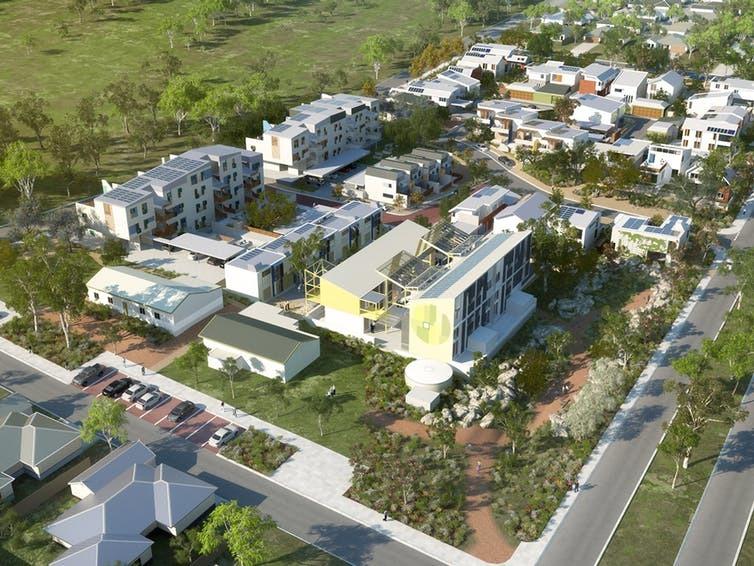 The politics of climate change in Australia has always been about the costs of change. It’s often debated in terms of we can’t afford or can afford to pay for the changes needed to our power, transport and building systems. However, the benefits can also be calculated and in general can be shown to outweigh the costs in the long term.

We can also very easily see the short-term economic benefits in our cities. These benefits can be factored in to our calculations by carefully enabling the new economy to emerge as old power stations, buildings, transport infrastructure and vehicles are replaced.

The big change involves deciding no more coal, gas or oil-based systems will be built as replacements for ageing infrastructure systems in our cities. We can do this now that new energy systems are emerging as cost-competitive.

We can see the data supporting this by examining the macro-economic perspective of the emerging economy. The global emergence of the non-fossil-fuel economy can be traced by looking at how economic growth – measured as gross domestic production (GDP) or gross national income (GNI) – is decoupling from fossil-based emissions of greenhouse gases. This century global GNI has grown 60%. Fossil-based emissions have grown just 27% and have declined in the past few years.

The United States has had GDP growth of 99% since 2000 but already has reduced oil consumption by 3% and coal by 13%. The US is unlikely to try to “grow great” by going back to more coal and oil as the advantages of the new economy become more and more obvious.

China’s economy has grown seven-fold since 2000. Yet its coal use and oil use only doubled and has recently begun to decline.

Driving these changes in fossil fuel use has been the astonishing growth worldwide in solar, wind, batteries and now electric vehicles (cars and trains). All of these developments are contributing to economic growth, mainly in our cities. Each is still increasing its rate of growth and every nation and city will compete economically on how best to make these changes.

We can already see benefits locally

On a local level in our cities it is possible to see how this transition should not be feared but embraced. In Perth, Western Australia, 30% of households now have rooftop solar panels. The total output is equivalent to 1000MW, roughly the same as the biggest power station in WA.

As renewable energy output continues to grow in Perth at over 20% per year, there will be no need to replace the South West Interconnected System’s three ageing coal-fired stations, or even the gas turbines as the grid adapts with community and household battery systems.

When the same kind of changes were built into project homes across Australia with passive solar design, PV systems on roofs and community-scale batteries, it took just six years to pay off. Residents then had basically free power from the sun.

Such projects demonstrated how 10 million tonnes (10MT) of greenhouse gas can be removed over the six years that the CRC in Low Carbon Living funded many of these demonstrations, without damaging the economy and indeed creating many benefits.

The project has been successfully scaled up to a suburb in the White Gum Valley housing project in Fremantle, Western Australia. Residents use peer-to-peer trading to share, as needed, the electricity generated and stored on site. The project provides a low-cost demonstration of how we can rebuild our cities while creating more economic benefits than costs.

The White Gum Valley housing project is an innovative sustainable development in the suburbs.

The housing development sold much faster than the market modellers expected. A newly announced development close to Fremantle city centre, East Village at Knutsford, goes even further. It will have not just 100% renewable energy but each house will have an electric vehicle charger and share the battery system, water recycling and waste minimisation.

There is global interest in how this is being done as it is the basis of the new economy in cities.

Australia can choose to do nothing or very little about greenhouse gas emissions, as those who say Australia produces only a small fraction of the world’s emissions might suggest. But if we don’t act we will quietly miss the opportunities being created for the future. The new economy is emerging and we should show leadership and not fear these changes.

This artcle has been republish fromThe Conversation under a license Creative Commons. Read the original article.