Cities need to innovate to improve transportation and reduce emissions 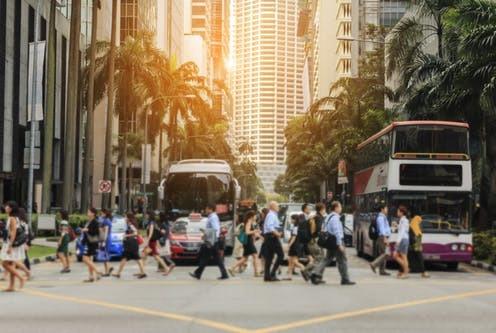 Mobility is essential to urban life. It contributes to people’s ability to access work, food, education, leisure and more. It also contributes to climate change.

According to C40 Cities, cities are both a significant source of challenge in the climate crisis, responsible for 70 per cent of the world’s CO2 emissions, and the place where actions can make the greatest difference.

Transportation is one of the leading contributors of greenhouse gas emissions and air pollution worldwide. Given the role that cities play in climate change, we need to re-think and plan for a future in which cities work intentionally to direct change.

Sixty-four percent of all vehicle kilometres travelled on a global basis are in cities, and this is anticipated to grow exponentially.

To address the stubborn challenge of reducing transportation-based emissions, cities need to lean on car-free alternatives such as public transit and active transportation. They also need to effectively engage with private firms to leverage disruptive transportation technologies, such as ride-hailing apps. Amongst urban pundits, there is tension between these two.

My research on ride-hailing, regulation and cities suggests, however, that both strategies are necessary.

There is no one-size-fits-all solution.

In Paris, Mayor Ana María Hidalgo successfully eliminated cars from the River Seine’s quayside. This strategy is enabled by extensive investment in public transit, improved features for pedestrians and significant political will.

In Singapore, the government is moving towards a “car-lite” society. In this unique city-state, the right to purchase a private automobile is granted by lottery and the government caps the total number of vehicles permitted to operate. In addition, Singapore boasts a globally admired public transit system, with continuous building of transit stations, integrated bus networks and strong transit connections to mixed-use neighbourhoods. 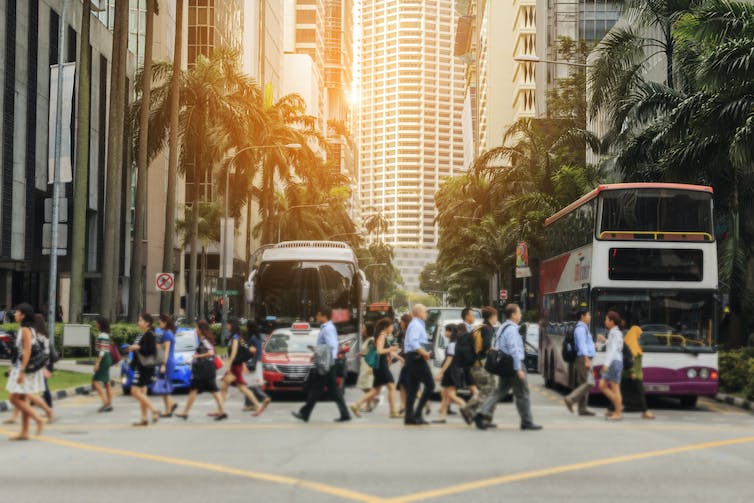 Vancouver has implemented a strategy to encourage active transport — walking and biking — by investing in public realm improvements and protected bike lanes. The Greenest City Action Plan established a goal of having 50 per cent of trips by walking, bicycle and transit by 2020, representing a 10 per cent increase from 2008. The city exceeded this goal, reaching 53 per cent in 2018.

Sidewalk Labs is proposing that private automobiles be prohibited in Toronto’s Quayside neighbourhood. If the city approves, then active transportation, public transit and a system of shared vehicles would be the primary mobility options in this proposed community.

Pilot studies (also known as trials) are an increasingly popular way for governments to test out whether and how an idea might work in practice. Pilots can be limited in terms of geography, and also can have a limited period of time in which testing is conducted.

The King Street Pilot in Toronto is an outstanding example of a transportation pilot developed by the city. Initially implemented as a trial in fall 2017, the initiative prioritized transit on a 2.6 km stretch of a congested downtown thoroughfare. As the city’s busiest surface transit route, limiting cars and privileging transit sped up commute times and made the street more appealing to cyclists while keeping pedestrian volume essentially the same.

Establishing the transit priority of the route resulted in a 16 per cent increase in ridership overall. In a fall 2018 survey, seven of every 100 riders indicated that they had switched from travelling by car, to travelling on the King Street streetcar. On April 16, 2019, the King Street Pilot was made permanent.

Transit agencies are also experimenting with innovative technologies to increase ridership and efficiency. On-demand bus hailing essentially uses the algorithms and technologies that underlie ride-hailing apps, and applies it to public transit routes. In September 2017, Belleville, Ont. replaced its nighttime bus service on some low ridership routes with an on-demand bus-hailing system. The pilot saw an increase of 300 per cent in ridership, while the number of kilometres driven per vehicle declined by 30 per cent. 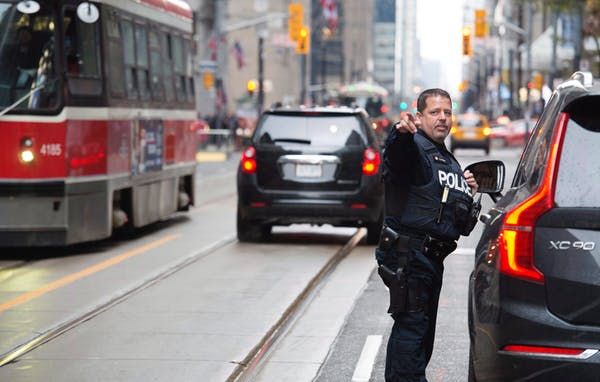 A police constable speaks to a driver during the second day of the King Street Transit Pilot involving city streetcars.Doug Ives

Sometimes, firms make decisions to look for work-arounds in order to test emerging transportation options. For example, autonomous vehicles are not allowed on public streets in New York. However, private streets have private rules. An autonomous vehicle pilot running on private roads in the Brooklyn Navy Yards is an opportunity to test the technology, build public trust in driverless cars and prepare for a possible future in which self-driving cars are permitted to operate on public streets.

Taking a page out of the work-arounds playbook, Bird Scooters launched a trial in Toronto’s Distillery district in Sep. 2019. Though roundly criticized for testing scooters on the Distillery District’s cobblestone streets, the firm was attracted by the fact that the Distillery is private property. They thereby evaded government regulations. While the firm may have been hoping to help encourage the city to permit scooters on Toronto’s streets, the city elected to do the opposite — unlike Edmonton, where the scooters are in use. Shortly after the scooter trial, council voted to prohibit scooters on city streets and sidewalks until further study.

Innovation in transportation requires significant and concerted effort, investment, specialized expertise, and the participation of people from different sectors.

One common thread running through all of the above examples is partnerships with universities. From the King Street Pilot, to Belleville’s on-demand bus hailing system, Brooklyn’s autonomous vehicles and — most likely — the City of Toronto’s upcoming study on scooters, universities and university researchers are involved. University partnerships span the full spectrum of transportation innovation: from development of autonomous technology, software and algorithms to the study of travel behaviour, air quality, efficiency and best practices in regulation.

Only with intentional and strategic effort can we hope to move the needle on transportation-based emissions while also ensuring that people have access to the mobility resources they need.

[ Expertise in your inbox. Sign up for The Conversation’s newsletter and get a digest of academic takes on today’s news, every day. ]

#26 EDGE Certification: How to Certify Green in Emerging Markets

Developed in 2014 by IFC, a member of the World Bank Group, the EDGE green building certification program has already resulted in nearly 7.5 million square meters of certified floor space. Alzbeta Klein, the Director and Global Head (...)

#25 RESET, the standard for sustainable architecture in the tropics

Designed by and for tropical countries, the RESET standard is almost unique. Created in Costa Rica by the Instituto de Arquitectura Tropical, it has the particularity of advocating technological frugality. Bruno Stagno, one of its (...)