China’s LONGI Solar signs $600m deal in the US 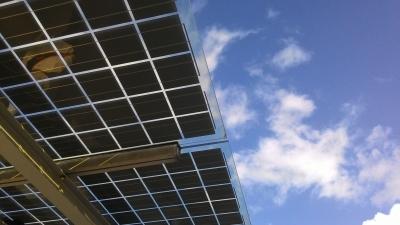 A major manufacturer of solar power has inked a new $600 million order for monocrystalline modules to an unnamed customer in the United States.

LONGI Solar announced the new deal this week in what it describes as “a strong endorsement of its overseas market exploration” and that “more customers are willing to pay for high-efficiency products”.

The billion-dollar company, based in the central Chinese city of Xi’an, is a veteran within the solar industry with 6.5 gigawatts of module assets under control. Set up in 2000, it claims to have experienced a 100 percent growth over the past three years alone.

While its new module buyer isn’t known, the contract does describe the agreement as with “a major ground power plant developer in the United States.” The deal will come into effect from 2019 and run until 2022.

The major purchase forms part of LONGI’s ambitious plans to grow its export capabilities. Its current rate of 10 percent, as of 2017, is expected to increase to between 25 and 30 percent this year.

LONGI’s President Li Zhenguo is also on record recently as saying the company is targeting the global PV market with “more than 50 percent of module products to overseas markets by 2020.”

The order is important as it shows continued confidence in the US solar market despite President Trump’s new import tariffs. In January, the US President placed tariffs of up to 30 percent on panels coming into the country.

The move was widely criticised as damaging to US jobs and energy bills. At the time, Tony Clifford, chief development officer at Standard Solar said: “It boggles my mind that this president - any president, really - would voluntarily choose to damage one of the fastest-growing segments of our economy.”