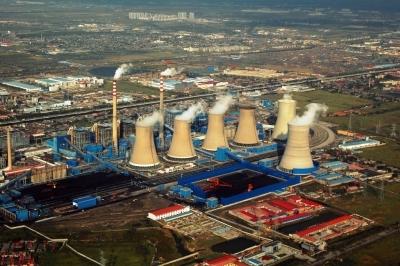 A new report from Columbia University has provided a clear assessment of China’s role in responding to climate change.

The country is now the world’s largest emitter of greenhouse gases, contributing 27 percent of the world’s total. This is greater than both the United States and European Union combined, following China’s precipitous economic growth over the past 20 years.

The Guide to Chinese Climate Policy points out that “there is no solution to climate change that doesn’t involve China.”

The report, written by David Sandalow, a former senior official at the US Department of Energy, draws attention to the inconsistencies in China’s response to climate change.

On one hand, the country has made deep commitments to reducing emissions and is a global powerhouse in renewable energy and accelerating the growth of electric vehicles. For example, the government has already met its target to reduce carbon emissions in the economy two years ahead of schedule.

However, its public and state-level policies are not necessarily resourced properly across all provinces and regional governments may have different approaches.

In addition, China remains a major funder and developer of coal-fired power plants both at home and abroad. State-owned banks have invested over $45 billion in foreign plants in the past three years alone. Overall, it has financed enough foreign coal to produce 600 million metric tons of carbon dioxide each year, according to some estimates.

Despite this, China remains susceptible to the impacts from climate change with “especially acute” vulnerability to sea level rise, the report says.

Sea levels have already risen by 3.5 inches in eastern China since 1980 and could rise to between 16 and 24 inches by the end of the century. This could prove calamitous to the more than 550 million people who live along its coastal provinces.

“China has enormous potential to contribute to solutions to climate change…The Chinese government’s focus on innovation and commitment to clean energy could help generate important discoveries and advances with global impacts in the decades ahead,” the report concludes.