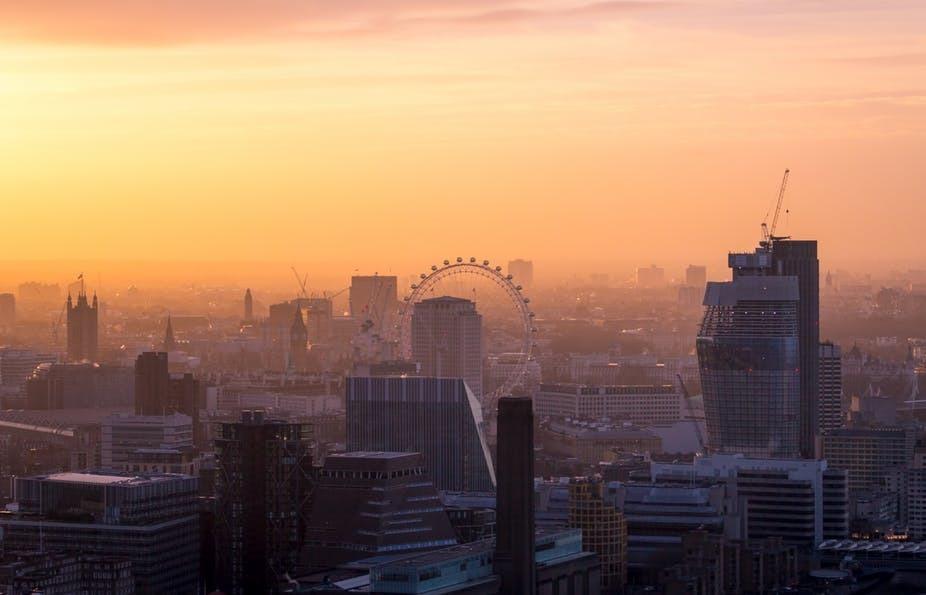 A new Ultra Low Emission Zone (ULEZ) is being introduced in London, to reduce harmful emissions from traffic and improve air quality. Those who drive polluting vehicles into the city centre will face a daily charge – £12.50 for cars, motorcycles and vans, and £100 for lorries, buses and coaches – on top of the existing congestion charge. By October 2021, the scheme will expand to cover an area 18 times larger.

The rationale for the ULEZ is clear: large numbers of people are living in areas with pollution levels well above the legal limits set by the European Union (EU). These limits are based on detailed evidence about the impacts of air pollution on people’s health – which can cause short term effects like worsening asthma symptoms, to a loss of healthy years of life in the longer term.

Other cities across the UK and beyond will be watching closely, as London’s ULEZ is effectively a test bed to gauge the effectiveness of such schemes at clearing up air pollution and improving the health of residents.

Over recent years, several London-based studies have shown that the city’s air pollution is associated with increased respiratory and cardiovascular hospital admissions, increases in daily deaths, stroke risk and low birth weights, as well as reduced lung volumes in children, dementia among the elderly, and poor mental health in children and adolescents.

Clearly, the polluted air that people breathe in London is having profound effects on their health, throughout their entire lives. So, while some people will lose out – for example, those who need to drive in central London for work – that should be weighed against the clear need for action to reduce pollution, on health grounds.

As well as the current health concerns, there are legal reasons why London authorities have introduced the new charge. Much of the area covered by the ULEZ often exceeds the annual EU limit for nitrogen dioxide (NO₂) – especially near roads, where diesel vehicles are a major source of the gas. The EU annual limit for NO₂ is 40μg/m³ (that’s micrograms per metre cubed). 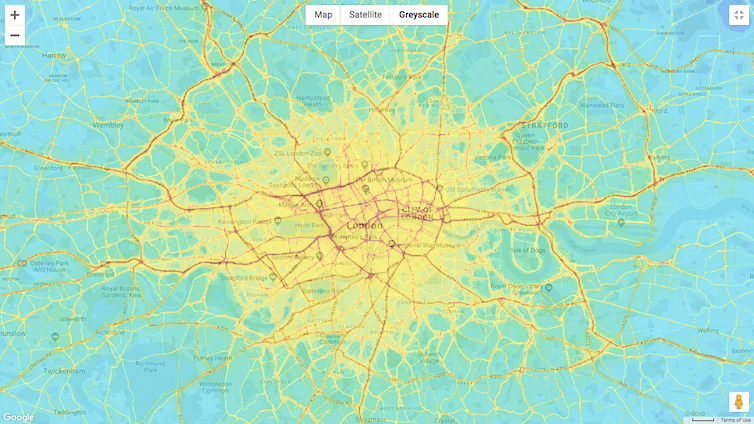 A map of annual mean NO₂ pollution levels across London, based on data from 2013. Areas coloured from yellow through to red exceed annual targets. London Air/KCL., Author provided

There are also other legal limits set by the EU for airborne particulate matter of various sizes. If you consider fine particles – often referred to as PM₂.₅ (generally less than 2.5 microns in diameter) – then the picture looks better. Most of London meets the EU’s annual limit for PM₂.₅, which is 25μg/m³.

But numerous studies have shown there are clear health impacts below this concentration, and the World Health Organisation (WHO) recommends that an annual target of 10μg/m³ would be best to protect people’s health. If this lower annual exposure limit was to be used, many areas across London would exceed it – just as they currently do with NO₂.

The evidence shows that diesel exhaust emissions are the major driver of poor health outcomes due to air pollution. That doesn’t mean that other pollutant sources, such a biomass burning, agriculture, industry, or particles derived from brake and tyre wear, are not important – but it makes sense for cities to make reducing diesel emissions a priority. Will it work, though?

The ULEZ, like the Low Emission Zone before it, is designed to encourage the uptake of newer, low emission vehicles both by businesses and the general public with the aim of reducing air pollution in the target area. Current evidence does suggest that air pollution concentrations are falling in London as a result of several measures, such as the Low Emission Zone, but these improvements still need to be accelerated to deliver health benefits.

Since the ULEZ targets all vehicles, modelling commissioned by the Greater London Authority predicts that it will have significant impact on air quality, compared with earlier policies, which focused on restricting only certain types of vehicles. But this projection still needs to be validated.

If the ULEZ is the equivalent to the treatment to the air pollution problem, then like a clinical drug trial it requires independent evaluation, measuring both the changes in pollution concentration, and health improvements among Londoners.

Work is already ongoing to address these issues, such as the Children’s Health in London and Luton (CHILL) project, which is examining children’s respiratory health and lung growth across the introduction of the ULEZ. But further work evaluating this scheme is needed, to keep ensuring that policies are developed based on evidence – and prove to the public that this is a medicine worth taking.