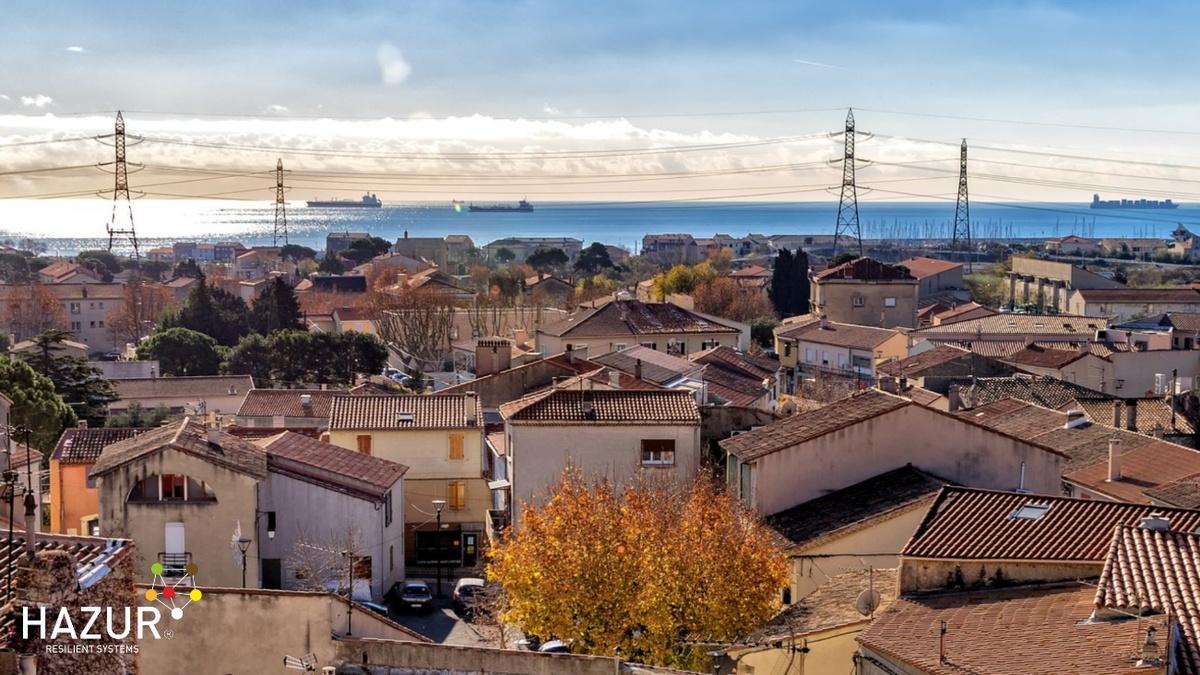 At a time when hazards, both “natural” or technological, cost many lives and billions of dollars, ($190M / per year during the last 10 years), several trends, related among other things to the effects of climate change, urban growth, the technological complexity of territories and the vulnerability of critical infrastructures, bring out the need for new frameworks of thought, and therefore methodologies and tools. Different stakeholders working for a more sustainable city in Europe and over the world, such as universities, public decision-makers, economical actors, civil society or professionals, are developing or participating in the creation of new products and services to help city managers to improve territorial resilience.

European public authorities are starting to take into account these new challenges, as evidenced by the most recent update of the EU Civil Protection Mechanism which refers to the Sendai Framework for Action for Disaster Risk Reduction (2015-2030), the Paris Agreement and the United Nations 2030 Agenda for Sustainable Development. In parallel, national and international standardization bodies (DIN, BSI, ISO) have launched initiatives to create reference standards on city resilience.

HAZUR, a collaborative tool to manage service interconnections and resilience in cities

For city leaders and experts who must continue to effectively manage their services, solutions are developed that enable an operational approach to resilience management. Among them, HAZUR (https://www.linkedin.com/in/hazur%C2%AE-resilient-systems-772749103/) offers support for the engagement of various urban actors, the formalization of information related to their interconnections and the modeling of cascade effects leading to a global vision of the various services and infrastructures of the territory.

Unlike urban service operator tools or global resilience programs, that are sometimes difficult to adapt to specific territories, HAZUR integrates into a single digital platform useful functionalities to create and implement a resilience strategy inspired by industrial safety methodologies, business continuity, strategic analysis and urban management. HAZUR includes engagement and online training functionalities of city stakeholders (Players), exercises on “What If" and interconnections between services at different levels. The tool also proposes participatory modelling, simulation of domino effects, and analysis of the effects of climate change adaptation measures on urban service operations.

By gathering and organizing information currently distributed among different stakeholders, the tool aims at supporting the prioritization of investments in resilience. Its use by experts can help the public authorities and all the operators of the territory to make decisions about the urban operations in case of a hazard (Decision Support System), and to reduce the material and human losses thanks to a better cooperation. 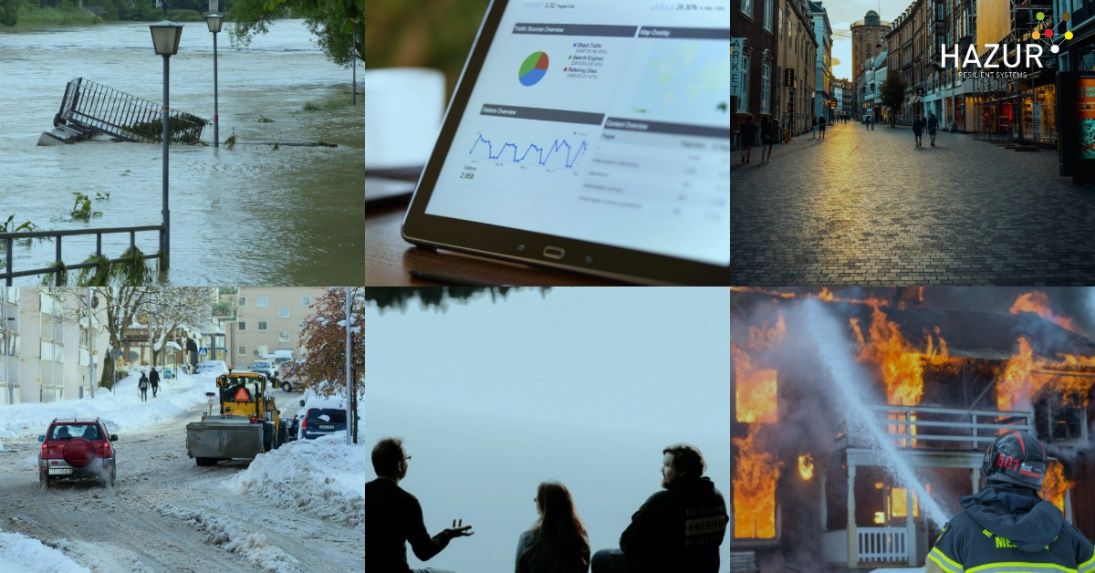 Research teams in Barcelona (IQS), Paris (EIVP) and Virginia (Virginia Tech) with local leadership have launched the idea of an urban resilience platform. HAZUR has been implemented in different types of cities and projects. More than 800 players have been registered, its first versions have already been used to improve the resilience of 10 different towns, 40 professionals from all  over the world have been trained via its online academy to use it, and its approach has been cited in several research publications[i] and UNISDR and UN-Habitat reports.

In the framework of a major European project RESCCUE (Resilience to Climate Change in Urban Areas), funded by the H2020 program, the tool is tested in the major cities of Barcelona, ​​Bristol and Lisbon with the participation of UN Habitat. Moreover, and thanks to the direct financing of intermediate cities or other local authorities, HAZUR has also been implemented in Italy and Spain, i.e. La Garrotxa-Girona (56k inh.), Terrassa (216k inh.) and Sant Cugat (80k inh.) in the metropolitan area of ​​Barcelona, ​​Vicenza (122k inh.) in the Veneto region, Benidorm (68k inh. in winter, eightfold in summer) in the Valencia region. In Terrassa, where a violent wind had caused casualties and major damage in 2014, HAZUR has allowed city departments to become aware of their interdependencies and the analysis of the cascade effects to be integrated into various improvement projects and a Resilience Plan. In parallel, the Smart Cities module aims at developing a complete and dynamic dashboard with the key indicators of resilience of the city. Terrassa plans to use HAZUR Simulator in its "smart" urban platform, which will also allow anticipating unwanted cascade effects on municipal services and consequently on the quality of life of its citizens.

Currently thousands of cities around the world, including intermediate and small cities, need resilience management tools. Now that pioneer cities and international organizations have been working to put resilience thinking into the urban agenda, it's time to operationalize the concept and scale it to intermediate cities, the so called "Small Giants" , "smaller innovative cities that can make rapid advancement; take the perspective of the smaller cities, and ‘design for small’ rather than accept designs made by large" . HAZUR is a good example of a method and tool that can be rapidly adopted by a broad community of cities to accelerate action and deliver greater value.*. These cities, often following major programs developed in the globalized metropolises, need clear, integrated, easily appropriable and effective approaches. Therefore, just like pioneering cities, these cities can become examples for (or with) these national or global metropolises. 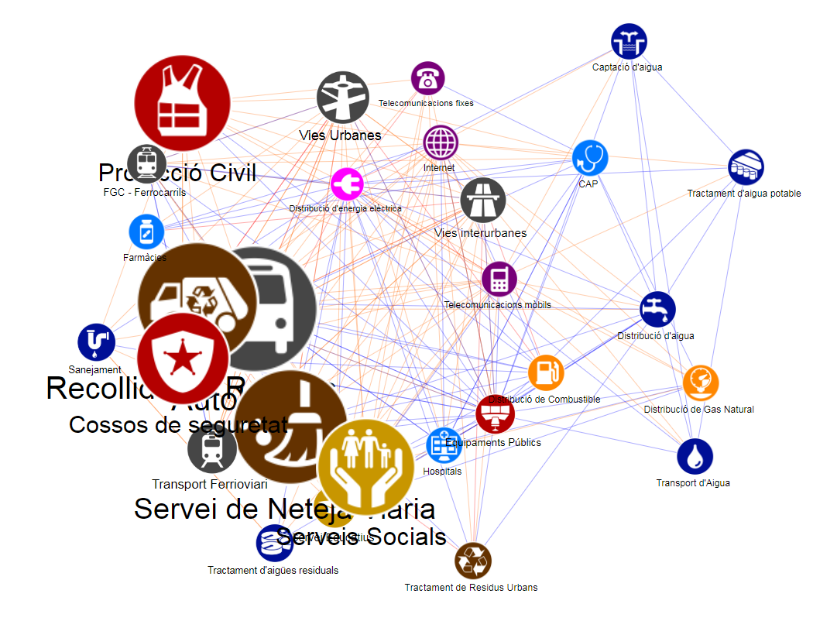 Fig. 1: Example of initial visualization of interconnections between services, which, with the support of the stakeholders and working groups gathered in an online Forum, will help us to build up a resilience strategy. 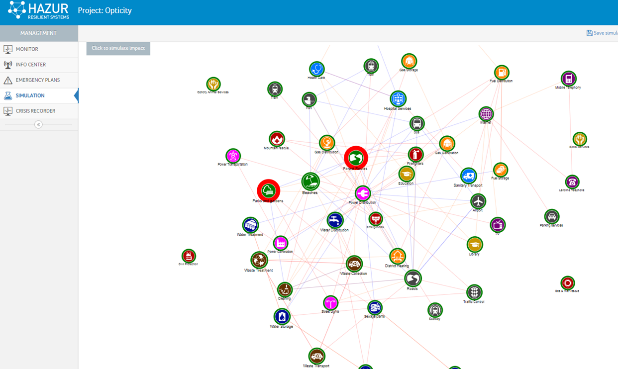 Fig. 2: Dashboard showing simulation of affected services over time after an initial shock on other services

Fig. 3: Visualization on a map of interconnections leading to potential cascading effects between different services in Terrassa 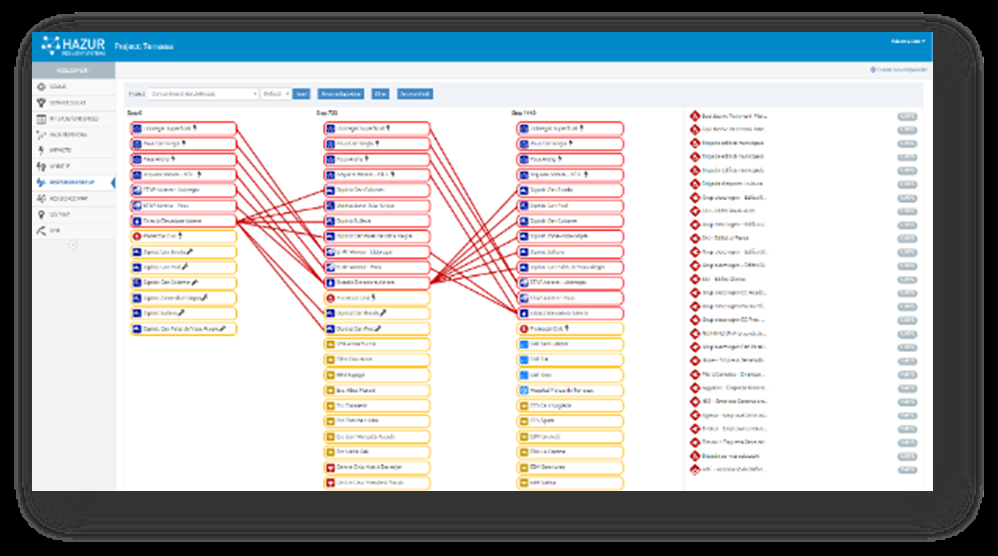 Fig. 4: Cascading effect analysis, including down and affected services, and visualization of first available responders to reduce the domino effect.

This article was initially published in French at Construction21-France, as part of a special dossier on Urban Resilience

Fontanals, I. 2016. “The Experience for a Metropolis to bring Resilience to Every City” International Disaster and Risk Conference 2016, Davos. Powerpoint presentation.