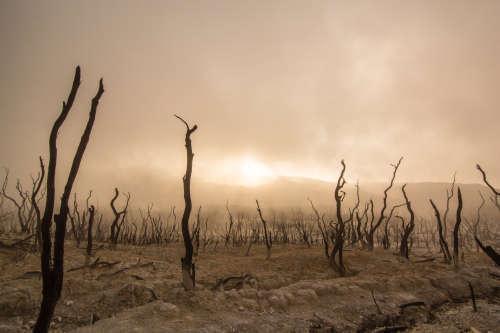 In the world of climate finance, the December 2015 Paris Agreement was a high point. One of the key outcomes of the summit was a pledge to mobilise US$100 billion per year by 2020 in “new and additional” funds to help developing countries avoid, or at least adapt to, the worst effects of climate change. By signing the agreement, developed countries accepted the principle that they bear historical responsibility for global warming, and thus must take the lead in doing something about it.

It is, therefore, welcome news that the Green Climate Fund (GCF), the main financial mechanism in UN climate policy, has attracted more pledges than any other fund in a short period of time, with US$10.3 billion pledged as of January 2019.

That said, there is little indication that the US$100 billion pledge will be achieved, yet alone more ambiguous targets. The withdrawal of the US from the Paris Agreement has cast a long shadow over the developed world’s obligations to the developing world. Australia’s recent decision to stop its own contributions to the Green Climate Fund is the latest disappointment.

Adding to these funding woes, the gap between what is needed and what is available grows deeper with each passing year. Post-Paris euphoria has since dissipated as it has become apparent that the pledged money will only cover a fraction of the true cost of tackling climate change. Mitigation alone will cost developing countries US$600 billion per year. The initial pledge in the Paris Agreement may only cover the US$60-US$100 billion per year needed for adaptation measures as proposed by the IPCC. And achieving this initial pledge is far from certain. 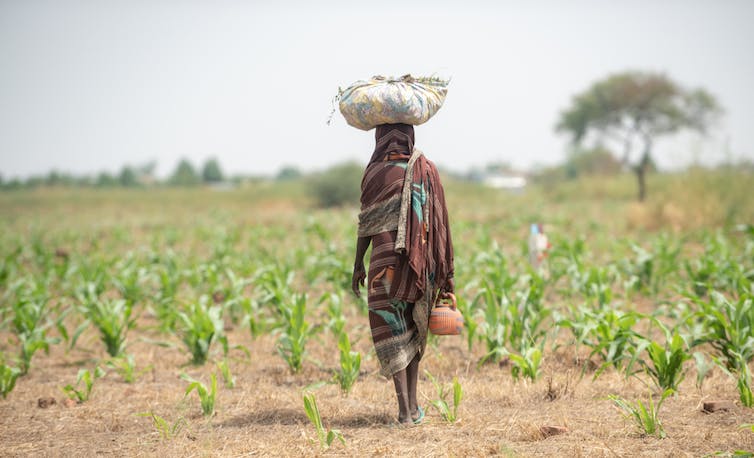 Chad has been ranked the country most vulnerable to climate change. mbrand85 / shutterstock

What is thus far missing from these financial instruments is climate justice – a consideration of the needs and well-being of the most vulnerable communities. Climate change will be particularly devastating for the poorest countries and communities, as the ability to adapt to factors like rising sea levels or droughts is closely related to developmental status.

In theory, the Green Climate Fund is targeted at exactly this problem. However, advanced economies have their own priorities, and these rarely align themselves with the intended purpose of climate finance or the developmental objectives of developing countries.

Who is it for?

The Green Climate Fund requires countries seeking funding to provide substantial co-financing from their own tax base or the private sector to mitigate financial risk. What this means in practice is if a country like Bangladesh wants a million dollars to pay for cyclone shelters, it would also have to raise a similar amount from private investors and its own taxpayers. For the poorest countries, this is a significant barrier.

This raises the question of whether the fund is really for those developing countries that are most vulnerable to climate change, or instead those countries with the most profitable investment opportunities. There is an absence of formal or clear criteria by which contributions to the Green Climate Fund must reach those who need it the most.

It is no surprise, then, that world’s least developed countries have repeatedly been left behind. In 2015, they received just 30% of international public climate finance. One of us (Sennan) went through every single project approved by the Green Climate Fund, and found it also falls into this pattern – just 18% of funds went to projects in the poorest countries, while 65% went to projects in middle-income countries like Mexico or India. 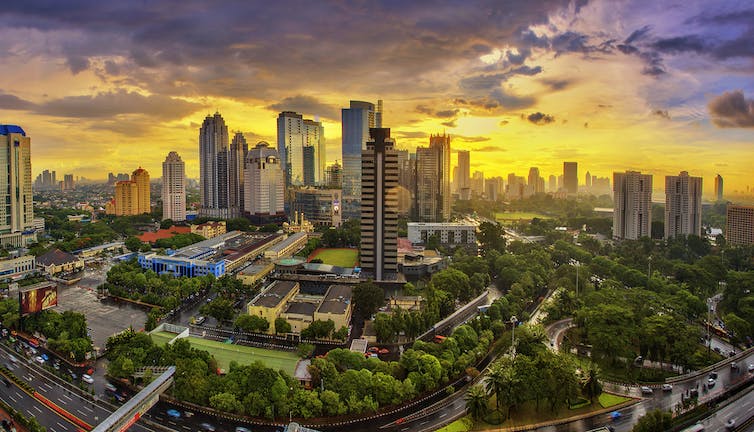 These nations are preferred as they are better able to generate income and attract private investment. For instance, a state-owned geothermal developer in Indonesia was given a US$160m grant, the largest grant given to a single country by the GCF, to mitigate financial risk from developing geothermal projects. This project, co-financed by the World Bank with a US$325m loan, was made possible by Indonesia’s ability to generate income and attract co-financers as a middle-income country.

In contrast, Ethiopia, the third-poorest country in the world, struggled to gain approval for a US$45m grant to build resilience among its most vulnerable communities through measures such as improving basic access to food and water. The board of the Green Climate Fund initially did not agree to Ethiopia’s original proposal asking for a US$99.6m grant, citing lack of co-finance as one critical element. The proposal was eventually approved after the Ethiopian government put forward US$5m in co-finance and reduced the grant request by more than half.

The dilemma this poses for poorer nations is seen clearly in countries such as Ghana. To deliver on its commitments under the Paris Agreement, the West African country needs to mobilise nearly US$22.6 billion in investment over the next decade. The government is expected to request more than US$5 billion from the Green Climate Fund.

It’s an overly ambitious request, and one that is also likely doomed to fail as Ghana’s rising public debts, weak institutions, lack of transparency and limited expertise in developing low-carbon investments means it will struggle to attract co-financers. But, of course, it is exactly these sorts of factors that mean countries like Ghana or Ethiopia are more vulnerable to climate change in the first place, compared to wealthier nations on similar latitudes like Indonesia or Costa Rica.

In recognition of this dilemma, there needs to be a global effort to prioritise climate finance for those who need it the most and to ensure it actually helps developing countries to develop. It is, therefore, encouraging to see the International Development Committee at Westminster has embraced this view in its recently published report, UK Aid for Combating Climate Change.

The report recommends explicitly adopting “climate justice” as a guiding principle to reform global climate financing structures and aid programmes. Without a fundamental change in the way we mobilise and deliver finance, the poorest and most vulnerable developing countries will continue to be left behind.

The Centre for Climate Justice is hosting a forum on climate justice in June 2019. For more details, click here.

Click here to subscribe to our climate action newsletter. Climate change is inevitable. Our response to it isn’t.

Photo by Dikaseva on Unsplash